THE IMPOSSIBLE IS POSSIBLE 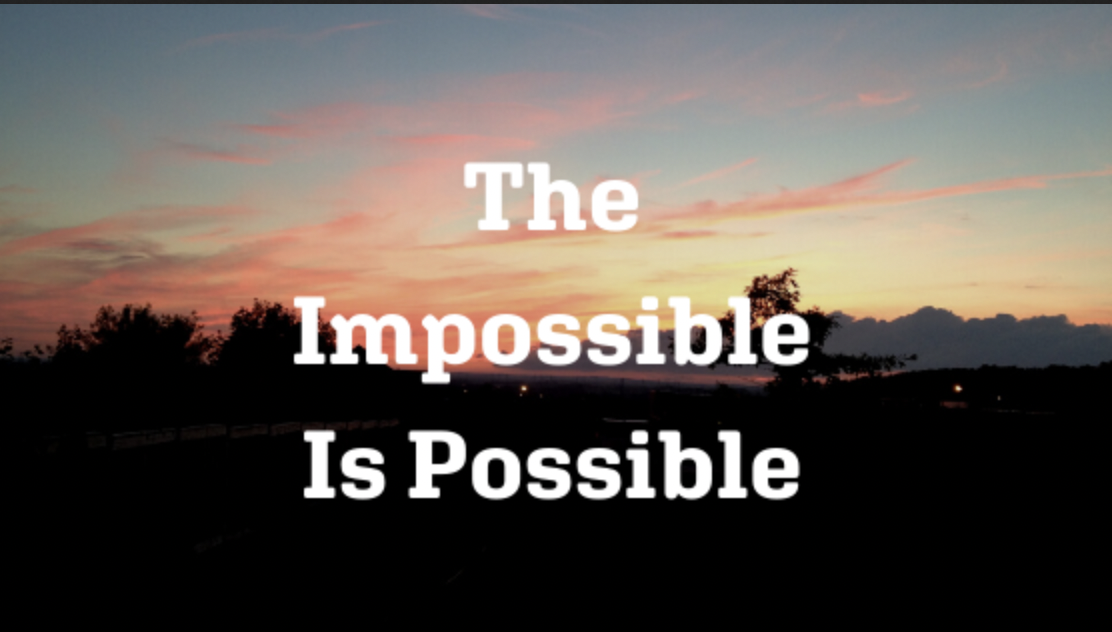 Every Yom Kippur, in synagogues across the world, there are people you never see the rest of the year. In my view, this is a testament to the power of Jewish identity. I find it truly amazing that Jews who rarely if ever come to shul, choose the most serious day of the year to make an exception. There seems to be an instinctive understanding in the soul of every Jew that their Judaism is a serious matter, and if one comes to shul at all, it should be for something meaningful.

And then – we don’t see them again until next year! But it’s not just them. The challenge of Yom Kippur is something that affects all of us, even if we are regular shul attendees. Yom Kippur is meant to be an agent of change, but we all imagine ourselves to be immune to change. Although we would love to shed our bad habits – we definitely want to be more spiritual, more learned, and more meticulous about our Judaism – we convince ourselves it’s never going to happen. We all know we could improve, but we somehow believe that change is impossible. In reality – we tell ourselves – we’re just the same this year as we were last year, and it is more than likely we will be the same again next year, and the year after that. So why bother with Yom Kippur at all?

As with so many Jewish questions, the answer lies in an unconnected digression. The Talmud starts its deliberations by determining when each day begins (Berakhot 2a). If you ask any child, they will tell you that a day starts in the morning – but they are wrong. In the secular world, a day begins at midnight – a rather strange notion, dating back to the Romans, who insisted on calculating their days using noon as the main reference point. Midnight is exactly halfway between one noon and the next, so it became the start of the day.

The Jewish day also doesn’t start in the morning, but nor does it start at midnight. Instead, it begins immediately after dusk when the sky goes completely dark. The Talmud explains that this designation is based on the creation narrative in Genesis. At the conclusion of each day of creation, the Torah describes the day as vayehi erev vayehi voker – “it was evening and it was morning” – which confirms that night comes before morning. But although this offers us a Torah source for why a day begins at night, it offers no explanation for the logic behind it.

The night is a time when we are at the mercy of the elements – there is no light, and no easy access to resources that can help us survive. It is only with God’s help that we will we make it to the morning. Jacob is the master of the night, which is why the night prayer is associated with him and not with his father or grandfather.

But how are we to understand this? Is the Maharal suggesting that Abraham, the founder of Monotheism, didn’t trust in God to take him through the night? Is he proposing that Isaac, who willingly allowed himself to be tied to the altar to be sacrificed, didn’t believe that God would help him through the night?

A fascinating Midrash describes the early life of Abraham. As a young man Abraham was brought before the mighty Nimrod, King of Shinar (Mesopotamia), for the crime of having destroyed his father’s pagan effigies. According to this Midrash, not only did Abraham refuse to apologize for his crime, but he also brazenly defended his actions.

Nimrod decided to execute Abraham by burning him alive, and he was thrown into a furnace. But God saved Abraham, “because Jacob will be his grandson.” The Heavenly court erupted in uproar. “Why should Jacob be the reason for Abraham’s miraculous reprieve?” God responded with a strange statement. All of Jacob’s children were perfect, He said, as opposed to Abraham – who had Ishmael; and Isaac – who had Esau.

But were Jacob’s children perfect? Glance through the Torah portions that narrate the story of Jacob’s family – you will discover that Jacob’s children fell far short of perfection. Reuben got himself into trouble by interfering in his father’s married life. Shimon and Levi tricked and then murdered an entire city (after their sister Dinah became an unwitting elopee with the chieftain’s son). Judah abandoned and then almost killed his son’s wife. And all of them sold their brother Joseph into slavery. And as to Joseph, he was a shameless telltale who wantonly fell out with his brothers.

Let’s face it – this hardly sounds like the paradigm of perfection.

Jacob’s family was not at all perfect – but Jacob had an unbelievable quality: he always saw opportunity in imperfection, and he believed that even when everything seems dark – there is still a light that shines, and a morning to look forward to. It came to him in an epiphany on the day he was forced to run away from his brother Esau, who wanted to kill him.

Jacob’s entire life had gone from calm to chaos, and from safety to grave danger – until that moment his life had been the equivalent of the brightest day, but now it was the darkest night. He went to sleep with no family, no possessions, and no place to call home. And then, when he woke up, he realized he had made it through the darkest hour, and suddenly it all made sense (Gen. 28:16): אָכֵן יֵשׁ ה’ בַמָקוֹם הַזֶה וְאָנֹכִי לֹא יָדָעְתִּי – “surely God is in this place, and I did not know.”

Until then Jacob’s life had been perfect, but now everything had changed. Nevertheless, God was there with him, and everything was going work out fine. That was when Jacob composed maariv – the night prayer. He discovered that darkness is not an end, rather it is a beginning. From then on this was Jacob’s approach to life. Laban tried to cheat him out of marrying Rachel. No problem. Laban tried to kill him. No problem. Esau was marching towards him to kill him. No problem. Family issues, difficult children, his favorite son dead. No problem.

Jacob encountered challenging situations at every twist and turn, but none of it was a problem, because Jacob was a maariv man – as far as he was concerned there was no such thing as night. Even in the darkest hour the future is bright, which means the present is also bright. And that was why God saw Jacob as the ultimate patriarch of the Jewish nation.

The beginning of true faith is when everything is dark. So much so, that it was worth saving Abraham to enable Jacob to become our beacon of faith. Time after time the Jewish nation has emerged from darkness into light. Which is why we are known as “Bnei Yisrael” – “Children of Israel” – we are descendants of Jacob, because he is our ultimate role model.

When we come to synagogue on Yom Kippur, we may think to ourselves: “What’s the point? Nothing is ever going to change. We are who we are, and we will always be the same.” If that’s what we think, it’s only because we are not on the wavelength of our patriarch Jacob. We only see opportunity if it’s shining directly in our faces. But that is not the Jewish spirit.

The Jewish spirit is optimism. We always believe that the impossible is possible. And then that’s what happens.