THE HERO WHO FOUGHT FOR SOVIET JEWRY 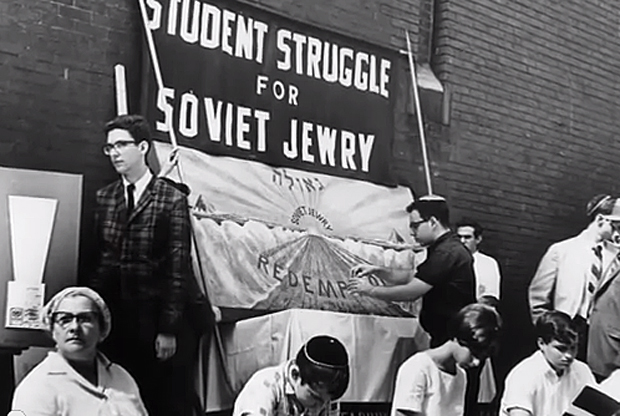 Jacob Birnbaum, who passed away at the age of 87, emerged during the 1960s when he founded an organization called the Student Struggle for Soviet Jewry, or SSSJ, as it was known.

He was not a communal grandee, or a remote figure at the head of a polished organization that supported good work. He was a grass-roots activist who made a real difference.

The timing, in some way, couldn’t be more poignant.

When we sit down to the seder, we say, as part of the recitation of the Haggadah, “In every generation each Jew must see himself as one of those who was redeemed from Egypt.”

There are numerous interpretations and understandings of how one might fulfill this obligation. But Jacob Birnbaum offers us one of the most compelling.

SSSJ began as a result of Birnbaum’s vehement conviction that Soviet Jewry could not be allowed to suffer the same fate as Jews who had fallen under the shadow of Nazi Germany, of whom he had been one, although luckily he and his family had escaped from their native Hamburg, and settled in England, shortly before World War II.

Birnbaum’s modus operandi was simple. He lived in Washington Heights, in the vicinity of Yeshiva University. So he would visit the YU dormitories every evening, night after night, and knock on students’ doors to cajole them, and convince them, and energize them, and enable them, and organize them, to become foot soldiers in his campaign to bring the plight of Soviet Jewry to the attention of the world, and principally to the attention of those in power. It is fair to say that he single-handedly forced the Soviet Jewry agenda onto the desks of congressmen, senators, diplomats and even Presidents.

Most famously he coined the phrase “Let My People Go!” as the rallying call of the struggle for Soviet Jewry.

The commemoration of the exodus from Egypt, we are told, must be deeply personal. A ritualized retelling of the narrative that does not penetrate one’s inner core, that does not animate a person to do something that echoes the epic events of our ancient history, is a waste of time, and ultimately an abrogation of one’s Jewish duty.

I imagine that Jacob Birnbaum, sitting down at his seder in 1964, and reading of the ancient Jewish victory in Egypt, thought to himself: ‘what is the point of celebrating the freedom of the Jews of Egypt, if there are Jews today who are still enslaved?’

Not content with his own freedom, he sought the freedom of every Jew, and particularly those whom he knew were being terrorized and prevented from emigrating to the West, or to Israel, by the Soviet authorities.

It is certainly no accident that the first public meeting over which Birnbaum presided, at Columbia University, took place in 1964 just a couple of weeks after Passover.

When we remember Birnbaum this week, though, we should not remember him as an extraordinary hero—although he certainly was.

Instead, Let us remember that he was, like you and me, an ordinary Jew, inspired and motivated by the message of Passover to ensure that each and every generation of Jews will have the same ability as the Jews of the Exodus to be proud of their identity, and to practice their religion without hindrance, and without being fearful for their lives or their livelihood.

What will you do with that message?