THE HASIDIC REBBE WHO CAN INSPIRE US ALL 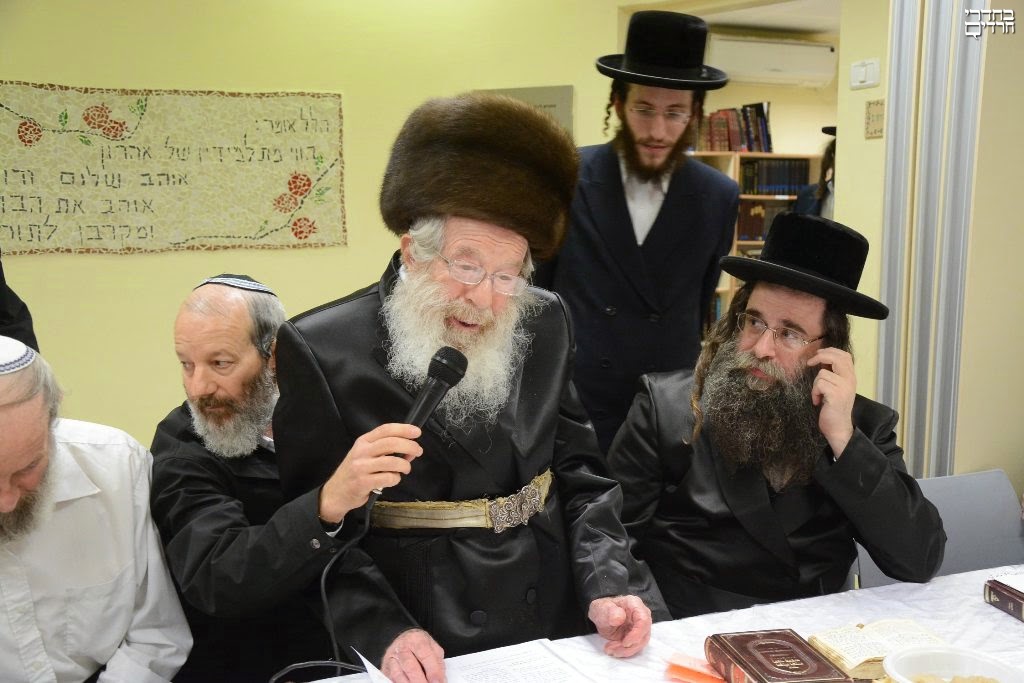 Earlier today, the last surviving great-great-great-grandson of the illustrious nineteenth-century Hasidic leader, Rabbi Yisrael of Ruzhyn, died at the age of 94.

Rabbi Yisrael Shalom Yosef Friedman Ben-Shalom was an unassuming and fairly anonymous man who lived in Gilo, Jerusalem, for the last few years of his life. Known as the “Pashkan Rebbe”, he was an enigma – although even the word “enigma” does not quite do his story proper justice.

It is no coincidence that this unusual rabbi died on the fifth day of the month of Iyar — the Jewish calendar anniversary of Israel’s declaration of independence in 1948.

Not only was he a lifelong dedicated and devoted Zionist, but in contrast to every other Hasidic rabbi of his pedigree, Rabbi Friedman Ben-Shalom treated Yom Haatzmaut (Israel Independence Day) as a religious festival, and recited the Hallel prayer with a blessing as part of his Yom Haatzmaut morning prayers.

Rabbi Friedman Ben-Shalom was descended from the most aristocratic Hasidic dynasty of all — Ruzhyn-Sadigur — whose founder, the aforementioned Rabbi Yisrael, was himself a scion — the great-grandson of Rabbi Dov Baer, the Maggid of Mezeritch, the leading disciple of the founder of Hasidism, Rabbi Yisrael Baal Shem Tov.

It was through the Maggid of Mezeritch’s single-handed efforts that the teachings of Rabbi Yisrael Baal Shem Tov were organized, propagated and popularized. From his “court” in Mezeritch, and despite mounting opposition from critics of Hasidism within the Jewish mainstrean, Rabbi Dov Baer turned his small parochial group of followers into a powerful movement within Jewish life, and it is as a result of his efforts that the Hasidic movement endured.

So who was his descendant Rabbi Yisrael Shalom Yosef Friedman Ben-Shalom, and how did this anachronistic personality evolve out of the background from which he emerged?

Rabbi Friedman Ben-Shalom was born in Bohush, Rumania, in 1923. Both his mother and father were descendants of Rabbi Yisrael of Ruzhyn, and his mother’s father, Rabbi Menachem Mendel, the acclaimed Rebbe of Bohush, was also his father’s first cousin.

At the tender age of nine Rabbi Friedman Ben-Shalom’s mother died, and he was brought up in his grandfather’s house, where at first he was taught Torah by an elderly Bohush Hasid who had tutored Ruzhyn family members for generations, after which he began private studies with his revered grandfather, to whom he became a devoted disciple.

The Bohush dynasty was no different than other branches of the Ruzhyn sect, and the young Rabbi Friedman Ben-Shalom was raised in an environment broadly sympathetic with Zionist aspirations for a Jewish National Home in Palestine that would be internationally recognized as an independent Jewish State.

It was probably this that inspired Rabbi Friedman Ben-Shalom to join the secular Zionist youth movement “Hashomer Hatzair” as a counselor, coupled with his family’s belief that religious Jews had to proactively engage with non-religious Jews in order to draw them closer to Judaism.

Nevertheless, it is hard to overstate the incongruity of the scion of such a distinguished Hasidic dynasty who had in no way abandoned his roots, aligning himself with a militantly secular Zionist organization that openly disparaged old-world Judaism, in favor of a Jewish “national” identity that rejected the ancient system of Jewish laws and customs.

During the Holocaust years, Rabbi Friedman Ben-Shalom escaped to Bucharest, Rumania, where he lived together with his immediate family. It was there, in 1944, that he met his distant relative, the Vizhnitzer Rebbe, Rabbi Chaim Meir Hager, also a descendant of Rabbi Yisrael of Ruzhyn, who passed through Bucharest as part of a miraculous journey that thwarted determined Nazi attempts to kill him.

As a result of this encounter, Rabbi Friedman Ben-Shalom also met Zipporah, the Vizhnitzer Rebbe’s youngest daughter, whom he married in 1946 very shortly after they had both managed to smuggle themselves illegally into Palestine.

None of their parents or family were at the wedding, which was performed perfunctorily by a Yemenite rabbi who happened to be on hand at the time.

In June 1948, the young couple joined together with a group of Rumanian and Bulgarian Holocaust-survivor immigrants who had founded a secular kibbutz called Reshafim in the Bet She’an valley, and they remained there for 18 years.

During this period the Friedman Ben-Shalom’s religious observance was confined to their home, while any religious celebrations – such as the barmitzvahs of their sons – were transported to Tel Aviv, where Rabbi Friedman Ben-Shalom’s father now lived, in close proximity to his brother, Rabbi Yitzchak Friedman, who had become the new Rebbe of Bohush.

In the late 1960s, the Friedman Ben-Shalom family moved to a religious kibbutz called Sa’ad. They also spent time in Marseilles, France, as emissaries for the Jewish Agency.

Keen to broaden his knowledge, Rabbi Friedman Ben-Shalom enrolled at Tel Aviv University’s Jewish History department, where he completed a Ph.D. on the subject of “Beit Shammai’s political influence in first century Judea”.

During the 1970s, after the passing of his father-in-law, the Vizhnitzer Rebbe, who, following the founding of the state, had become a leading voice in the ultra-orthodox non-Zionist faction within Israeli society, the Friedman Ben-Shalom family started to spend more time among the strictly-orthodox community, and to associate more closely with their prestigious Hasidic relatives.

In light of their familiarity and association with secular Israelis, Rabbi Friedman Ben-Shalom and his family acted as a bridge between secular Israeli  society and the insular Hasidic world, diverse communities that were divided by a gulf of mistrust and antipathy – on both sides of the fence.

When he eventually retired from his role as an educator, Rabbi Friedman Ben-Shalom and his wife moved to Jerusalem to be close to their son Hoshea Ben-Shalom, who had set up an “urban kibbutz” called Beit Yisrael in the Jerusalem neighborhood of Gilo.

Remarkably, besides for being an ordained rabbi and a spiritual mentor to thousands, Hoshea Ben-Shalom is also the Chief Reserve Officer of the IDF.

Indeed, all the Friedman Ben-Shalom children are remarkable – deeply committed Jews as well as extremely accomplished in contemporary terms – bright, charismatic, inspired, inspiring, and proactive in their mission to find common ground between the Jewish past and the Jewish present, between the glory of Hasidism and the miracle of the State of Israel. 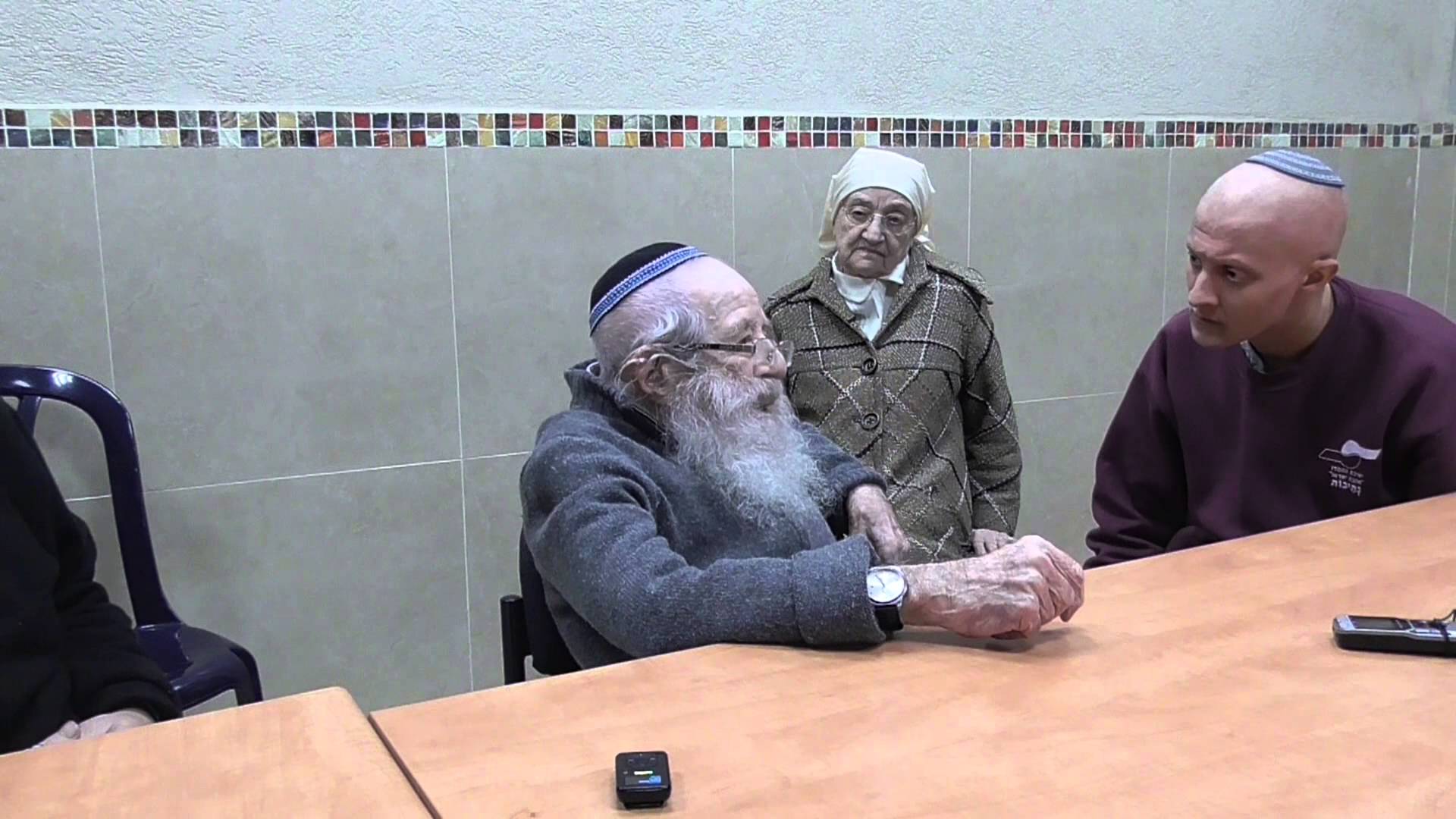 In his last few years, Rabbi Friedman Ben-Shalom finally evolved into a full time “rebbe”, with his own “court” and hundreds of followers – and was known as the Pashkan Rebbe of the Ruzhyn Dynasty. He attracted countless Jews from every walk of life into his orbit – each one of them moved by his authenticity, and by his genuine love for every kind of Jew.

Anyone who encountered the Pashkan Rebbe immediately understood that here was a man who embodied a uniquely modern Jewish narrative – a prince of Hasidic royalty, a master of Jewish history, a soldier of Jewish destiny, and a proud Zionist who had worked the land, and helped to build the State, preparing it for the Messianic age from the ground up, and from the Heavens down.

The “Pashkan Rebbe” was a Hasidic leader whose life story can truly be an inspiration to us all.