THE FROG THAT TURNED INTO FROGS 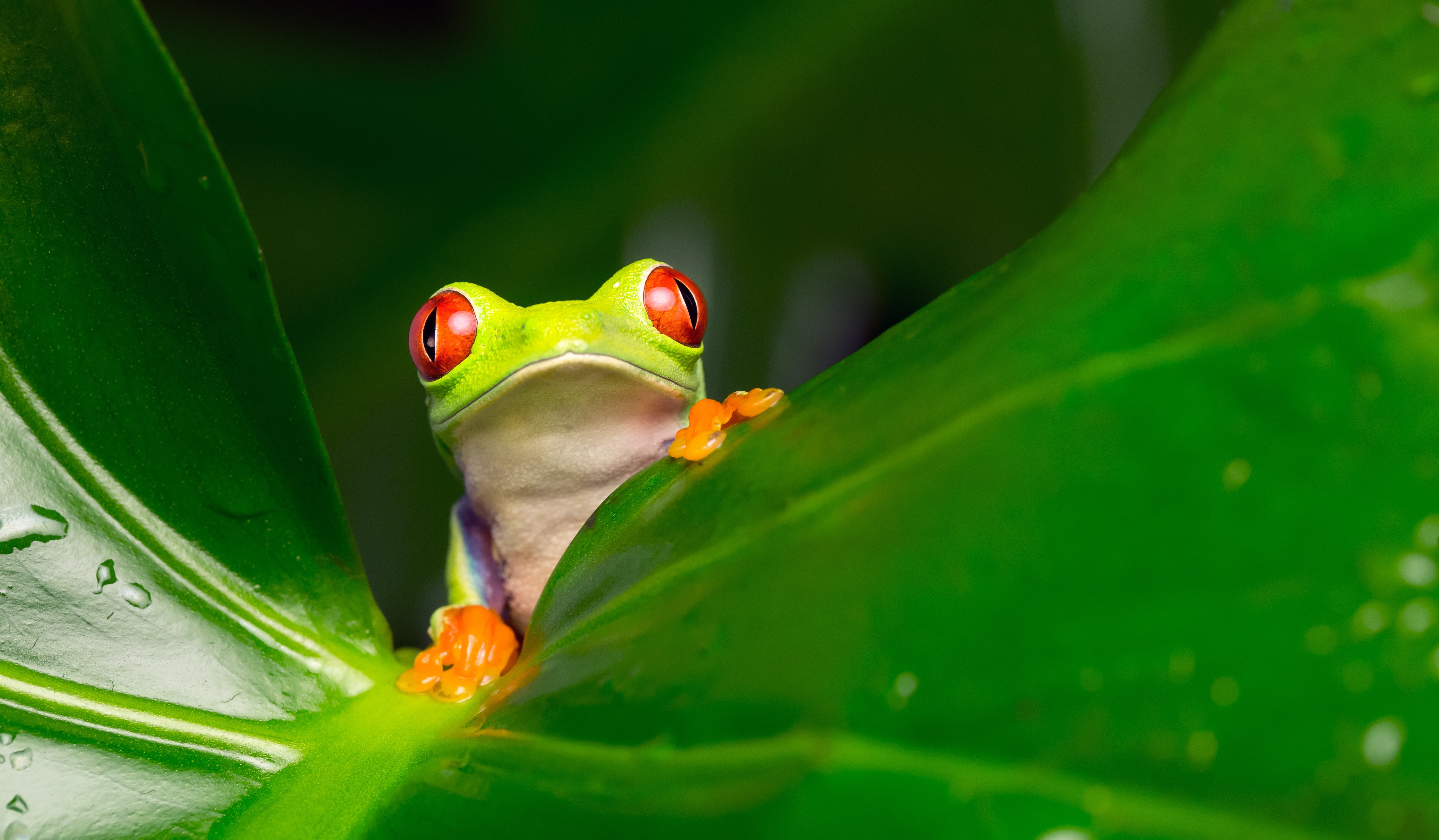 It was a big news story late last month.

I’m guessing it was news because of the vacation season, and the influx of tourists into Hawaii.

Apparently, the coqui frog, a species originating in Puerto Rico, has become an incredible nuisance on Hawaii’s Big Island, of all places.

According to all the reports I read, the frog infestation in some parts of the island has reached epic proportions, with more than 10,000 frogs per acre in the worst hit areas.

And it’s not just about little green slimy hopping things, which admittedly would be annoying enough. You see, the problem with coqui frogs is that they are also very noisy. And I mean, *really* noisy. In fact, the reason they are called ‘coqui’ frogs is because the sound they make, with great vigor and amplification, is “Ko-keee, Ko-KEEE!”

The Hawaii Invasive Species Council, an aptly named state agency, describes the frog’s mating call as ‘loud, incessant and annoying’. In other words, besides for being loud and incessant, the coqui croaking is also exceptionally annoying, lasting from dusk until dawn every single night.

The male frogs belt out their chirping at a volume of about 90 decibels, roughly as loud as a train whistle at 500 feet, or a jackhammer at 50 feet, or a particularly noisy lawnmower.

And it is worth noting that 90-95 decibels is the noise level at which sustained exposure will very likely result in hearing loss.

It is hardly surprising, then, that local Hawaiians have taken to organizing nocturnal vigilante groups to seek, locate, and exterminate, each and every noisy critter they can lay their agitated hands on.

You may be wondering how these earsplitting amphibians made it to Hawaii in such extraordinary numbers in the first place. Was there a transcontinental frog airlift that you missed? Or an exotic, extravagant Muppet Show commercial that went spectacularly over budget?

Actually, the story of their arrival in Hawaii is quite low key. In the 1990s, or thereabouts, a few coquis arrived in Hawaii from Florida in a shipment of potted plants. With no natural predators, they proliferated exponentially, and their density is now three times that of their natural home habitat in Puerto Rico.

Incredibly, their only natural predators are now each other, with larger coquis eating smaller coquis. Meanwhile, the locals are understandably going absolutely nuts, driven insane by the nightly cacophony of shrieking frogs.

The story reminded me of a famous Midrash about a strange verse in the Torah portion of Va’era. The pasuk describes the beginning of the plague of frogs as follows (Ex. 8:2):

וַתַּעַל הַצְּפַרְדֵּעַ וַתְּכַס אֶת אֶרֶץ מִצְרָיִם  ‘and the frog arose and enveloped the land of Egypt.’

Puzzled by the use of the singular ‘frog’ rather than the plural ‘frogs’, Rabbi Akiba offered the following remarkable suggestion in the Midrash: “it was one frog and [that frog] spawned and populated the entire land of Egypt.”

The Midrash relates that the Egyptians initially tried to kill that first frog, but instead of dying, the assault had the opposite effect, and multiple frogs emerged from the single frog instead. In fact, the more they tried to destroy it and its ‘offspring’, the less successful they were. More and more frogs materialized, until Egypt was completely infested.

This Midrash seems rather improbable. Rabbi Akiva seems to be suggesting that a Godzilla type creature emerged from the Nile, and that this science fiction nightmare subsequently morphed into millions of little tiny frogs. Countless rabbinic commentaries have endeavored to make sense of Rabbi Akiva’s incredible scenario.

But perhaps it is actually quite simple. Perhaps Rabbi Akiva is alluding to the innocuous nature of a plague in its initial stages. When Aaron, Moses’ brother, waved his staff over the Nile to initiate the new plague, and one lone, average sized frog emerged, one can picture how both Aaron and the frog must have been the objects of great mirth and ridicule.

But with no natural predators, and with God intent on making His might evident, this sole frog very soon became a frog family, then a frog community, and ultimately a frog epidemic that enveloped the entire country.

By the time the Egyptians took the threat seriously, it was far too late, and only God’s intervention could ultimately halt the plague.

Perhaps this interpretation of the Midrash can be used as a metaphor for a very modern plague – the scourge of Islamic extremism.

Years ago, when we all first heard and read of lone suicide bombers and radical Islamists murdering innocent civilians in some distant land, or even here in America, or when we collectively dismissed hate-spreading Imams as marginal lunatics whose bark was worse than their bite, we were foolishly ignoring a lone frog that went on to spawn an epidemic that is now out of control.

And even if – finally! – after the horrific massacres that took place in Paris, the world has woken up to the fact that this plague exists, it would seem that the Islamic terror plague is no longer a threat that can be contained by ordinary means.

We need Divine help to ensure our freedom and the safety of our families and communities, so that besides for any action we take ourselves, God also steps in to help save our world before it is too late.