THE FLAWED ROAD TO PERFECTION 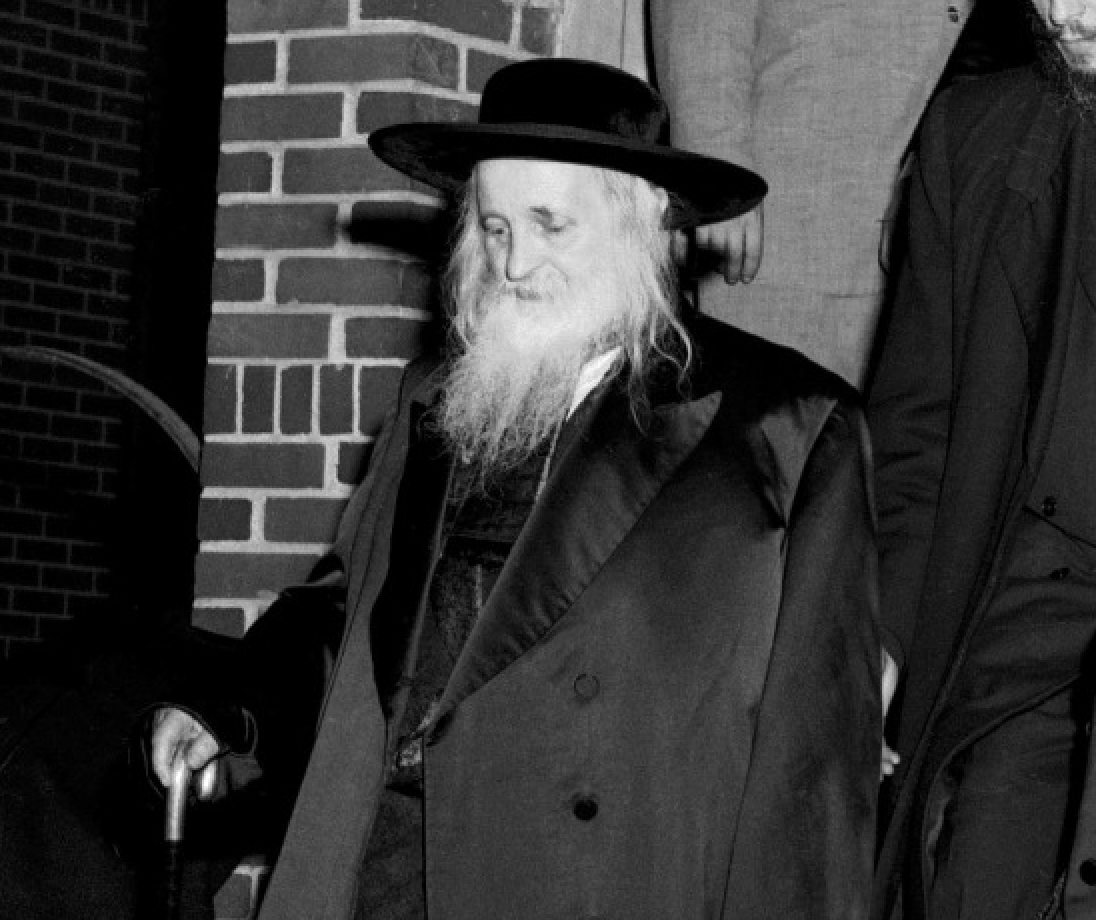 Judging historical figures along with the movements or ideals they launched and promoted is not an easy task. Decades, even centuries, may pass before there is the clarity of perspective. And even then there is always the chance of a complete revision.

Last month, Professor Shaul Magid wrote a superb article in Tablet regarding the anti-Zionism of Rabbi Joel Teitelbaum, the charismatic rabbinic leader of the Satmar Jewish community before the Second World War who went on to become the fiery beacon of ultra-orthodox anti-Zionism in the postwar world.

He suggests that Rabbi Teitelbaum’s views are not just worth reading, but extremely important to read if you want to get a rounded perspective on the theological backdrop to the Jews’ post-exile return to their Promised Land. He is broadly correct, although I must respectfully disagree with the subheading of his article, which proclaims that “few Jews today agree with the late Satmar rebbe’s attacks on Zionism.”

Although the tens of thousands who make up the current Satmar community along with the many smaller Hasidic groups aligned with them may lack the theological sophistication of their founding father, they more than make up for their superficiality with the depth and vehemence of their determined anti-Zionism. The harsh mantras and outright dismissals of Israel’s theological significance that gained currency during the life of Rabbi Teitelbaum still echo loudly and consistently in the yeshiva classrooms and synagogues of his spiritual heirs.

The interesting aspect of the Satmar Rebbe’s fierce antipathy toward Zionism was not that it was unprecedented; as Magid points out: “[Rabbi] Teitelbaum’s ideological commitments against Zionism [were] not new, but part of a much longer trajectory of traditional anti-Zionism that stems back to the early 20th century in the work of [Rabbi] Hayyim Elazar Shapira of Munkacz (1868-1937), the “Old Settlement” Jews in Palestine, and, later, Neturei Karta in Israel. This anti-Zionism was also shared by much of the prewar ultra-Orthodox world, from Lithuanian rabbinic giant [Rabbi] Elhanan Wasserman (1874-1941) to [Rabbi] Yitzhok Zev Soloveitchik (1886-1959); and much of the Soloveitchik dynasty; and the Lubavitcher Rebbes Shalom Dov Schneershon (1860-1920) and Yosef Yizhak Schneershon (1880-1950), among many others.”

Indeed, what makes the Satmar Rebbe’s ideological stance so unique was that it flourished and even escalated after the State of Israel was created in 1948. At that point Israel, if not Zionism, had taken firm root as a central feature of Jewish life even among non-Zionist orthodox Jews, whose initial grudging acceptance of this new reality shifted over time to full-throated commitment to its safety and success, even though many of them still steadfastly refuse to openly embrace Zionist symbols and slogans.

What the Satmar Rebbe urgently wished to convey was that no one should mistakenly conclude that the success of Zionism and the State of Israel somehow correlated to God’s will. In fact, he said, the opposite was true, in as much as that Israel represented the final dramatic theological showdown before the Messianic era.

Using multiple complex Talmudic and rabbinic sources to argue his point of view, he declared that all those who failed this ultimate test and fell into the trap of Zionism – whether by giving their enthusiastic support to Israel, or even as neutral or skeptical collaborators – would be swept aside during Messianic redemption. Only those who reject Zionism in theory and practice will benefit from the redemption when it arrives.

Magid  quotes the Jewish historian Amos Funkenstein, who puts it very well: according to Rabbi Teitelbaum “[a] catastrophe is imminent, after which only a few, the ‘remnants of Israel,’ will survive to witness the true redemption.”

Magid proposes that Rabbi Teitelbaum’s startling view is not too dissimilar to the false messiah Antichrist theology that exists in Christianity, which has plenty of corresponding parallels in traditional Jewish sources. Although, Magid notably fails to mention that the ‘remnants of Israel’ idea also has a Christian counterpart, contained in the eschatological ‘rapture’ prediction that has only true believers taking part in the Christian version of messianic redemption, with the rest of humanity doomed to horrific turmoil, a consequence of their refusal to accept Jesus as the true messiah. This is perhaps best summed up in this quote from Romans (9:27): “Even though the number of the people of Israel will be as the sand of the sea, only a remnant will be saved,” a quote that could quite easily have emerged out of a Neturei Karta pamphlet.

What is so troubling about all this is that although Magid studiously avoids labeling the Satmar Rebbe a tzadik, a fact he is at pains to point out towards the end of his detailed response to the rather specious critique of his article penned by James Diamond and Menachem Kellner, frankly, I have no such compunction.

There is absolutely no question in my mind that the Satmar Rebbe was a true tzadik – his life represents the absolute paradigm of devoted, deep, unfailing and meaningful commitment to God and the Jewish people, without any compromises – surely the dictionary definition of a tzadik.

In their attempt to discredit Magid, Diamond and Kellner misguidedly attempt to impugn the Satmar Rebbe, and although there are certainly aspects of the Satmar Rebbe’s life one might puzzle over, not least his decision to be a passenger on the Zionist-organized Kastner rescue train that delivered him from Nazi-overrun Hungary into neutral Switzerland, the idea that he wasn’t a tzadik is patently ridiculous.

But if the Satmar Rebbe was indeed a tzadik, it presents us with a new problem, as it seriously calls into question those who utterly reject his anti-Zionist philosophy – and I include myself among them. It is not enough to say that there are a host of other great tzadikim who took the opposite view to the one proposed by the Satmar Rebbe. This may be true, but it does not help us understand why such a holy man of faith proposed a version of Judaism that flies in the face of an unfolding reality that is the polar opposite of his position, and which has convincing theological backing in both scripture and traditional Jewish sources.

But perhaps I can offer the following suggestion to help us unlock this enigma. This week I stumbled across a typically iconoclastic piece in Mei Hashiloach, the magnum opus of Rabbi Mordechai Yosef Leiner of Izbica, one of the nineteenth century’s most enigmatic Hasidic masters. In it he refers to the rather strange Midrash which has Korah asking Moses if a tallit (four-cornered garment) that is entirely techeilet (dyed blue using the ‘blood’ of the hilazon) needs tzitzit, which have just one blue thread, on each corner. If, as the Talmud teaches, techeilet represents the awe of God, surely an entire garment frees us of any obligation for the display of a single thread. Moses responded that it would need tzitzit.

This curious Midrash is assumed by all the commentaries to represent a deeper debate between Korah and Moses than this rather flippant halachic inquiry and the response by Moses would initially indicate. But while there are quite a number of interesting interpretations, the Mei Hashiloach takes this Midrash to whole new level.

Korah, he says, was a deeply spiritual man, but at the same time he was a committed absolutist, for whom God was everything and everywhere; for him the world was a tallit that was totally techeilet, so why the need for a mere hint as represented by a single thread on the corner tassels? Why bother with imperfections, if we can have perfection?

But in the final analysis, absolutism is just another word for elitism – it is a form of theological certainty that has no room for shades of grey. Perfection may be in the reach of some, but it is not in the reach of most. What about them? Do we write them off?

Crucially, the Korah approach was the opposite of the Moses approach. Rather than allow for the nation to be sacrificed in favor of himself and his family – a small ‘remnant’ – after each breach of faith by the nation as a whole Moses prayed for the salvation of each and every Jew, even those on the fringes who had far less consciousness of God’s immanence than the spiritually lofty Korah and his followers.

This Mei Hashiloach helps us understand why there is a Torah portion called after Korah, which would be puzzling if he was a villain. It’s because he was actually a tzadik.

The Midrash elsewhere tells us that Korah was in fact a great man – so great, that he had been tasked to carry the Ark of the Covenant. The flaw seems to have been that while he claimed to speak for every Jew, his version of Judaism would have set us on a path toward doom and oblivion, and while his motivations may have been both pure and spiritually aspirational, in a world where we are not all at the level of Korah, we must rely on the fringes to keep us where we need to be, and also make sure that they are firmly affixed to the tallit that is completely techeilet.