THE EMBODIMENT OF ROYALTY 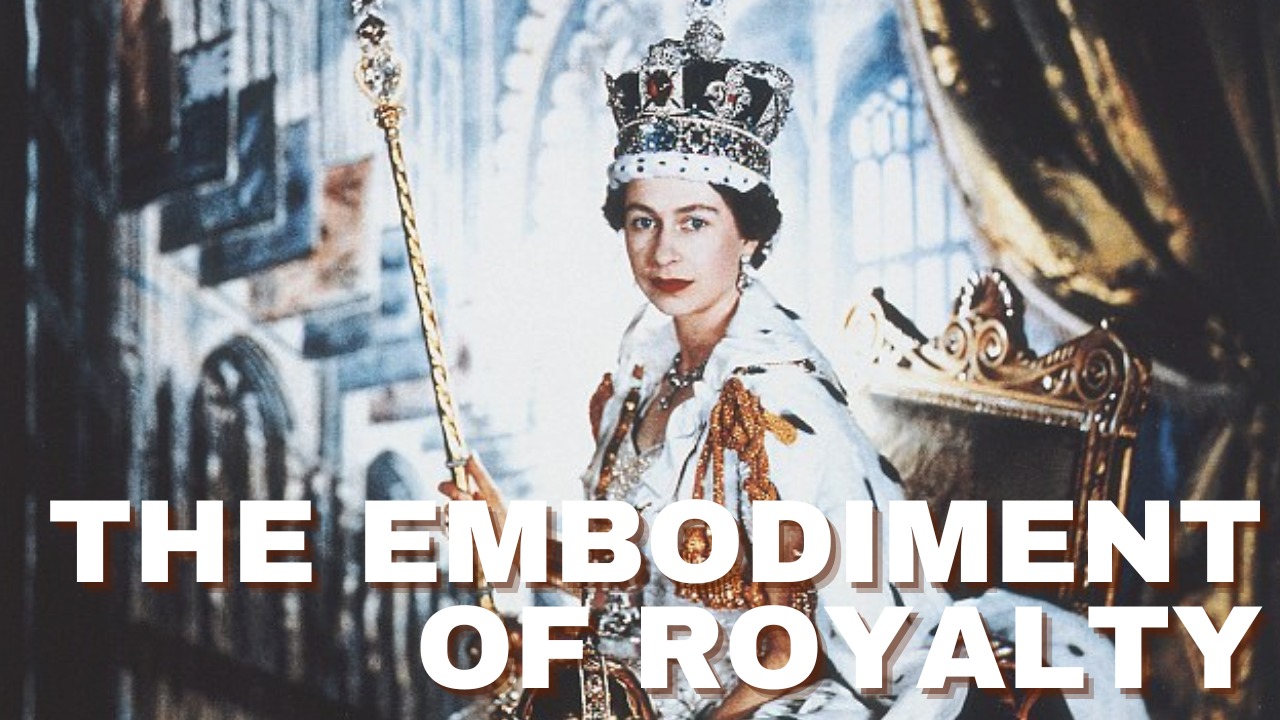 Over the past week we have witnessed incredible scenes, as the United Kingdom bids farewell to Elizabeth II, Queen for over 70 years – making her the second-longest reigning monarch in history.

Yes, you read that correctly – the second-longest. Although, it is worth noting that while Louis XIV may have been king of France for 72 years, his reign began when he was just 4, and his mother, Ann of Austria, ruled as regent in his place until he was 13. Queen Elizabeth’s 70-year reign began when she was already 26 – well into adulthood – and she reached an incredible 96-years-old on the job with undiminished faculties. Which means, in practical terms, that Queen Elizabeth was an active monarch for far longer than Louis XIV.

Alongside her carefully choreographed final journey, and amidst dazzling displays of pomp and ceremony, as well as incredible displays of public sympathy and acclamation, the late Queen’s eldest son was declared King Charles III. And in the few days since his new role began, he has started transitioning the UK, along with the many other countries for whom the British monarch serves as head of state, to the next stage – easing his many subjects out of the Queen’s lengthy reign and into a new era, over which he will preside as sovereign.

The Queen’s passing has brought the British royal family – and its role as the figureheads of a constitutional monarchy in a modern democratic country – into sharp focus. One question I have been asked several times in recent days is whether it remains appropriate to say the required Jewish ritual blessing over a monarch for the British sovereign. After all, the British king or queen has no real power; he or she is merely a figurehead for the UK’s democratically elected government – a nominal signatory on laws that are passed by elected lawmakers.

And while “high treason” – a criminal offense defined as “disloyalty to the Crown” – remains almost the only capital crime under British law, royal power is in reality nonexistent. Which makes the idea of saying a blessing when one sees the British monarch – a blessing that is recited to acknowledge the monarch’s status as an arbiter over life and death, and as the emanation of God’s power in human form – seem quite ludicrous.

But the clue is in the blessing itself: “Blessed are you God, our God, king of the universe” – שֶׁנָּתַן מִכְּבוֹדוֹ לְבָשָׂר וָדָם – “who has given of His glory to flesh and blood.” As someone pointed out to me this week, “no one in the world does pomp and circumstance like the British royal family!” Hollywood directors and producers must have salivated as they watched the flawless execution of sumptuous grandeur and majesty unfold for the Queen’s final journey, against the backdrop of castles, cathedrals, and palaces, all of them of another age and of a standard that even computer-generated imagery would struggle to reproduce.

If we are to imagine the glory of God’s majesty and envisage what the Heavenly realm might feel like in terms of the awesome countenance of a royal presence, there are probably no earthly examples in modernity left for us to observe except for the British monarchy. The pageantry surrounding British royal events is perhaps the last existing instance of this once ubiquitous model – offering us just a tiny taste, in this world, of celestial glory and the magnificence of God’s majesty. That is surely worthy of a blessing which includes God’s name – and indeed, the rabbinic consensus in the UK is that the blessing over royals is recited whenever one sees the monarch in person.

But in addition to the extraordinary attraction of the royal pageantry that surrounds the British monarchy, there is also something that is particularly compelling about the late Queen herself. As diminutive as she was in physical stature, she possessed an extraordinary characteristic which set her head-and-shoulders above every other world leader during her extended reign, many if not all of whom had far greater power than her.

And I believe that it is this quality which has resulted in the widespread attention from across the world, drawing so many hundreds of millions of people from every walk of life to watch her end-of-life ceremonies and rituals – people for whom the British monarch plays no real role, and yet nonetheless feel drawn to her, and are inexplicably saddened by her death.

King Charles III expressed it beautifully in his address to the nation soon after his mother’s passing: “In her life of service, we saw [her] abiding love of tradition, together with [a] fearless embrace of progress.” In these few words, he encapsulated his late mother’s greatest attribute.

The Queen succeeded in doing something that is a cherished aspiration for so many but is sadly achieved by so few. People with a conservative inclination balk at the idea of progress and change, fearful of what the unknown and untried might bring to the world, while those who are devotedly progressive and modern are only too eager to embody the ideal of “out with the old and in with the new.”

But neither has it right. Because the kind of stability and attainment we all crave is only ever achieved by finding a carefully calibrated balance between evolution and revolution, and between maintaining the momentum of past achievements even as we embrace innovation and advancement.

As it happens, Judaism has this skill honed down to a tee. Throughout a rollercoaster history over millennia, during which Jews and Judaism have been written off countless times, what has enabled Jewish survival has been an unshakeable awe for the past offset by a willingness to adapt to the present and a readiness to embrace the future.

And it is exactly this quality which made the late Queen Elizabeth so breathtakingly unique and special. The Queen certainly represented and revered the past – indeed, she was of the past, having been born and become active as an adult in a long bygone era – and yet, she was very much in the present: always curious, always informed, and always ready to try something new.

In his commentary for the Torah portion of Ki Tavo, the late Rabbi Lord Jonathan Sacks addresses the miraculous return in modern times of the Jewish people to the Land of Israel, after a dispersion of almost 2,000 years: “The return of Jews to Israel marks the start of an old-new era in the life of the people of the covenant. Once again, as in the days of Joshua, Jews are faced with the challenge and opportunity of constructing a society on the principles of the covenant.”

I am so drawn to his turn of phrase: “old-new era” – in which being faithful to an ancient and cherished way of life is not just, as he puts it, a “challenge”, but is also an “opportunity”.

For Queen Elizabeth II this glorious ideal was a lifelong leitmotif. And with God’s help, even in her absence, she can be an inspiration for us all to do the same.