THE DIFFERENCE BETWEEN COEXISTENCE AND HARMONY 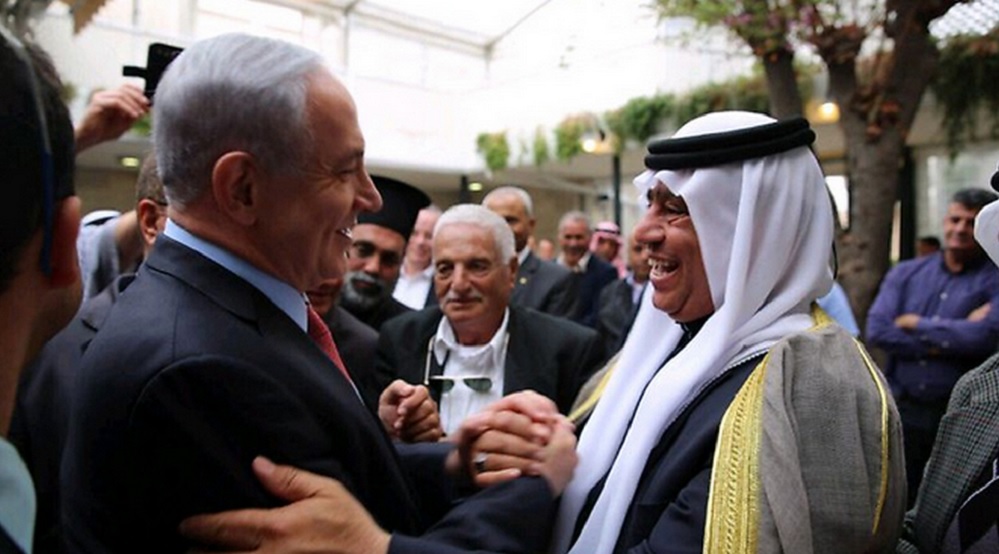 Over the past few months there have been curious developments in the relationship between Saudi Arabia and Israel.

A couple of weeks ago, Salman al-Ansari, founder and president of the Saudi America Public Relations Affairs Committee, wrote an article for a DC insiders’ periodical called The Hill, in which he advocated a warm and open “collaborative alliance” between his country and Israel, on the basis of the “bilateral benefits” that would result. Citing several reasons for close cooperation, he added: “it is not only in the interest of both countries . . . but in the interest of the greater Middle East and their global allies as well.”

Such an article was unthinkable until very recently, and is completely unprecedented. Saudi Arabia is the international stronghold of Wahhabism, an extremist version of Sunni Islam that gave rise to Osama bin Laden and his Al Qaeda terrorist organization. It also embodies the epitome of conservative Islamic opposition to the existence of a Jewish state, and has for decades set the anti-Israel agenda for other Gulf States and well beyond.

And although behind-the-scenes cooperation between Israel and Saudi Arabia has been an open secret for years — a relationship principally motivated by the common threat to both countries from Shiite Iran — the idea that this tacit relationship would ever lead to a Saudi official openly calling for an “alliance” was until recently dismissed in diplomatic circles as speculative fantasy.

Ansari’s article was immediately slated by hardcore traditionalists in his home country — but he no doubt expected that. The article is probably part of a wider strategy initiated by Saudi powers-that-be, a strategy calibrated to prepare ordinary Saudis, as well as Sunnis across the world, for a full-on shoulder-to-shoulder relationship between the Islamic bastion and Israel.

The article is actually just one of several notable recent indicators of this unfolding development. Three months ago, for example, a Saudi delegation headed by a retired Saudi general visited Israel. Although the mission was heavily criticized in the Arab press, not one member of the group faced punitive repercussions when they returned home.

And in September, the Saudi Gazette — a newspaper not known for its love of Binyamin Netanyahu — reproached Mahmoud Abbas for rejecting the Israeli Prime Minister’s offer for him to address the Knesset. The invitation to Abbas was “reminiscent of the one issued by Menachem Begin to Anwar Sadat” the paper declared, a gesture that ultimately led to the historic Camp David agreement between the former enemies.

“Official visits can bend the arc of history,” wrote the article’s anonymous author, and despite this “the Palestinians automatically rejected Netanyahu’s invite.”

So what is going on? Are these groundbreakers collectively a cause for celebration? The Talmud records that when the nations of the world heard the roar of thunder that accompanied the revelation at Mount Sinai, they approached the prophet Balaam to ask him whether God was about to bring another flood similar to the one at the time of Noah.

The question seems odd. After all, God had assured Noah that there would never be another flood. In which case, why were the nations so concerned?

The prophet Isaiah has a lyrical account of the Messianic age familiar to all of us. After describing the mythical perfection of the Messiah’s personality and achievements, Isaiah describes the unnatural scenes that will follow in the wake of his arrival:

This prophecy is as striking as it is unrealistic; a utopian vision of unnatural alliances between animals who cannot possibly coexist peacefully. And yet bible believers should hardly be overwhelmed by the seeming unfeasibility of the prophecy. After all, we know it has already happened once before. For an entire year wolves, lambs, leopards and goats, and every other permutation of animal enemies, coexisted peacefully in the limited space of Noah’s Ark.

So what’s the big deal with Isaiah’s prophecy? Surely if it has happened before it can happen again!

In reality it is a big deal, because it has never happened before. There is a distinct difference between Isaiah’s prophecy and the coexistence prevalent in Noah’s Ark. When faced with annihilation and extinction an animal’s natural instinct is survival. When there is a forest fire, all the animals will start running for their lives without stopping to eat each other on the way or thinking of how to escape from their predators.

In Noah’s Ark the animals had no choice — either they acted contrary to their nature, or they would die. Isaiah’s prophecy predicts a coexistence that will prevail without any pressing need. That miracle is a Messianic-era special.

When the revelation at Sinai was happening, the nations of the world looked on and were confounded by the unity of the Jewish nation. Unable to fathom that such unity could exist without an existential threat, they queried it to their prophet, pressing him to tell them if global destruction was imminent.

Balaam informed them that the unity at Mount Sinai had nothing whatsoever to do with self-interest. Rather, it was a spiritual phenomenon generated by a closeness to God, combined with devotion to Torah.

Sadly, it is not this kind of unity that underpins the relationship between Saudi Arabia and Israel. Although it might blossom and grow into an “alliance”, at the moment it is based purely on self-interest and survival, and is consequently fickle and ultimately unreliable.

There is, however, one contemporary relationship which has the unmistakable aroma of Messianic possibilities — the incredible and enthusiastic love for Israel and Jews prevalent among Evangelical Christians. The enmity of Christians for Jews exhibited over almost two millennia has been discarded by Evangelicals to make way for a love of the “People of the Book” and of the “Promised Land” that heralds Messianic possibilities nothing short of biblical in their magnitude.