THE DECLINE OF PALESTINIAN CHRISTIANS 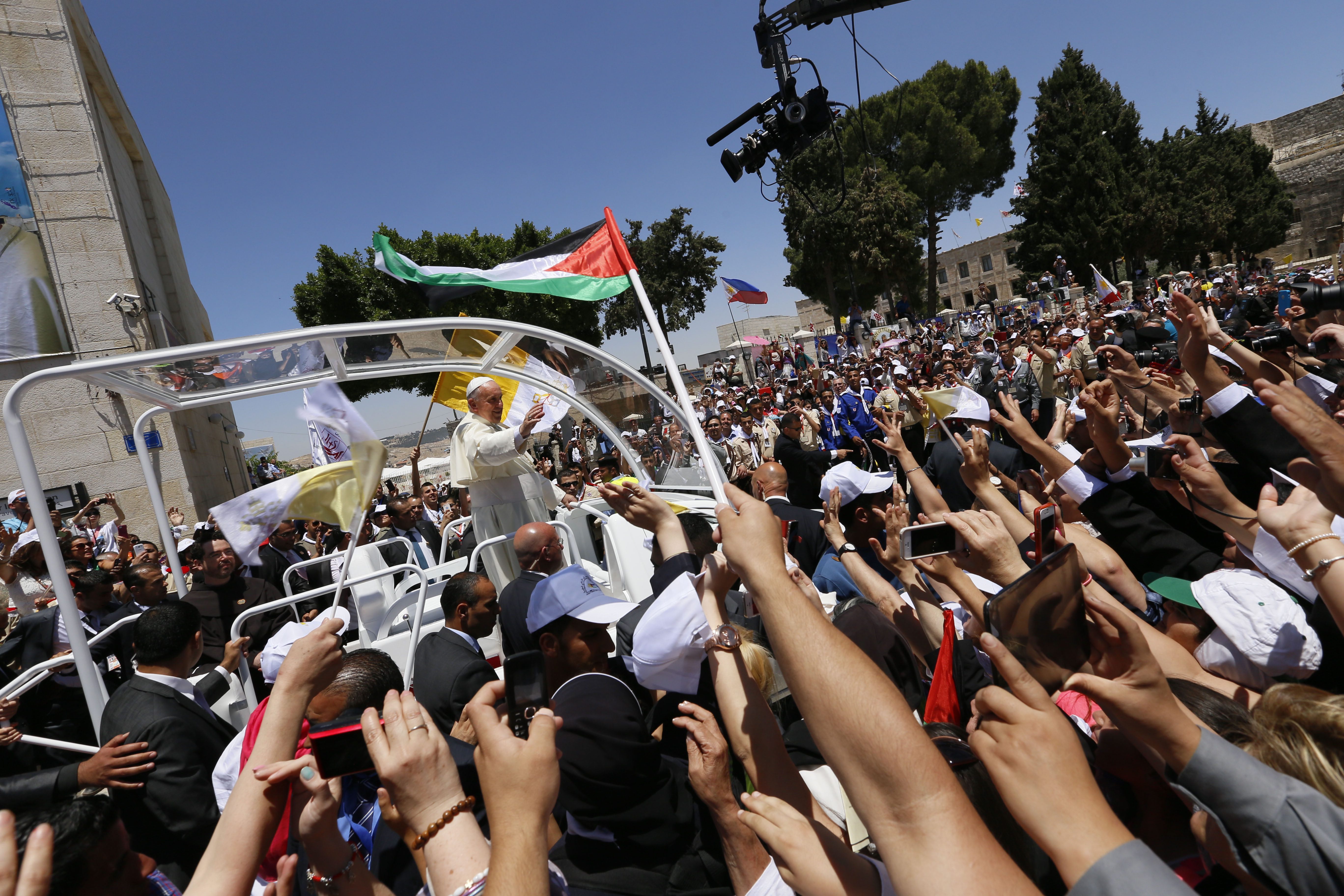 TIME magazine published a very interesting report from Bethlehem this past week.

During Pope Francis’ visit to the Church of the Nativity, the 9,000-seat center of worship was filled to capacity. But, as the article noted, the church was not filled with indigenous Catholic faithful, of whom there were, in fact, only a handful:

“Laced heavily among the hardy native Palestinian Catholics were guest workers from India and the Philippines working in Israel, asylum seekers from Sudan, American tourists, pilgrims from Ghana, and a smattering of Palestinian Christians from other denominations.”

Bethlehem itself, once a thriving Christian town, is now overwhelmingly Muslim. The exodus of Palestinian Christians to the US, Canada and Australia has reached epidemic proportions.

Contrast this with Israel. In Israel, Christians are able to thrive and practice their religion without fear of attacks or prejudice. Holy places and shrines are respected, and the Old City of Jerusalem, and every part of Israel, is alive with multiple Christian denominations.

Some years ago, I visited the International Christian Embassy in Jerusalem (ICEJ). The director told me: “we both believe that the Messiah can only come if the Jews return to the Holy Land, so we are both working towards the same goal, even if we disagree about the identity of the Messiah.”

To which I responded: “I agree, and I am also certain that his imminent arrival will resolve that particular ambiguity for both of us!”

We, the Jewish nation, are charged by God to be the custodians of the Holy Land, a country that is ours only in the sense that we have the duty to look after it and nurture it, while simultaneously we must open it up for all those who believe in God, and who wish to pray to God.

In the Torah portion of Nasso we read about the dedication of God’s sanctuary in the wilderness. Twelve tribes brought twelve gifts to the dedication, and, puzzlingly, despite each gift being absolutely identical, the gifts are listed separately, repeated twelve times.

The commentators understand this to mean that despite each gift being identical, no collusion or consultation preceded the decision of each tribe as to what they should give, with each gift reflecting the result of an internal, uninfluenced decision to contribute to the new sanctuary.

The commentators add that although to us each gift seems identical, none of them was considered identical by God, as He knew that they were accompanied by different intentions and thought processes, making each one unique.

Doing the same thing does not mean uniformity; rather it means unity of purpose. The paradox of religious tolerance in the Holy Land, and of the so-called Peace Process, is the glaring imbalance of purpose.

The evidence on the ground –blatant and obvious, even to a TIME reporter – is that ‘tolerance’ in Bethlehem means keeping the Church of the Nativity available for papal visits as a public relations exercise, while the declining Christian population points to what is evidently an intolerable life for Palestinian Christians.

On the other hand, in Jerusalem and elsewhere in Israel, tolerance means what it says on the box – diversity, and freedom to practice your religion whatever that religion may be.

So, when the Pontiff invites two presidents to the Vatican, Israel’s president and the Palestinian president, to re-launch the stalled peace talks, he would do well to first ensure a unity of purpose.

Peace to Israelis, and to Jews around the world, means an expectation that Israel is recognized as the national homeland of the Jews that is open and welcoming to anyone who wishes to pray with us, and unite with us to usher in a Messianic era.

Is that what peace means to the Palestinian president?

Surely Pope Francis, who must have observed the dwindling number of Christians in Bethlehem, who must know of the PA’s recent pact with Hamas, who must be aware that Mecca and Medina are proscribed places for non-Muslims, who must have heard that there are Muslims who want to install Sharia Law in Western Europe – surely he must understand that tolerance and peace does not mean the same thing to Palestinians as it does to Israelis?

Photo: Pope Francis waving for the people after mass in Bethlehem (Mustafa Bader)