THE DEATH OF RABBI HYMAN KRUSTOFSKI 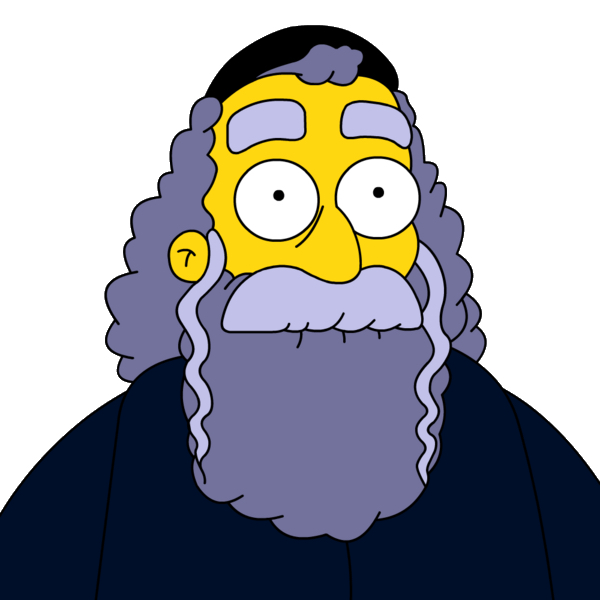 Earlier this week it was reported that Rabbi Hyman Krustofski had unexpectedly passed away.

CNN, TIME, and the New York Times all reported it. In fact, every major news organization covered the story, devoting time and attention to his death.

You may or may not have heard of Rabbi Krustofski, but you will certainly have heard of his son, Krusty the Clown, an iconic character on the long running cartoon show, ‘The Simpsons’. Yes, you read correctly. Rabbi Hyman Krustofski is a fictional character on a TV show, voiced over by comedian Jackie Mason.

Incredibly, in a week when the Ebola virus hit the United States, when an intruder with a weapon made it into the White House, when Hong Kong erupted with unprecedented protests, and when the United Nations heard competing accounts of Israel’s and Hamas’s role in the Middle East, ink and airtime were used abundantly to report the death of a fictional rabbi who had featured in a quirky cartoon sit-com.

What are we to make of this? What are we to make, generally, of the dumbing down of news and information? Kim Kardashian gets more airtime than President Putin of Russia. A photo of Justin Bieber punching a photographer in Paris this week was tweeted around the world in seconds, while the execution in Iran of 37-year-old Mohsen Amir-Aslani for heresy and trumped up charges of rape barely registered. How does that make any sense?

The answer is that it makes eminent sense, because most people treat news as entertainment, and unless it is entertaining them, they are not interested. Nobody wants to hear a serious discussion about real news. Analysis is too dense. Context is too obscure. And if the news outlets can manage to make news stories out of the entertainment industry and entertainers – that’s a slam-dunk. It allows people to pretend that they are serious – it’s a news story after all! – while in fact they are just gaining pleasure through entertainment.

And that is what entertainment actually is – a source of pleasure. Human beings are constantly seeking ways of making themselves feel good. Entertainment is just one of the routes to pleasure, along with good food and relaxation. If news is entertainment then it leads to pleasure.

The treatment of wars as entertainment is, incidentally, the reason why many wars – such as the one recently fought by Israel against Hamas in Gaza – are perceived in the way that they are, with negative public sentiment directed at the wrong party. Clearly, if war is presented two dimensionally and simply to entertain, public reaction is bound to be ill judged and superficial.

All of this will help us understand the laws associated with Yom Kippur. Every year I am asked, by one person or another, why it is that we must refrain from eating and drinking on Yom Kippur, as well as from other basic aspects of daily life. Surely we would concentrate better on the prayers and on the awesomeness of the day itself if we could have some food, just as we do on every other festival and shabbat? By starving ourselves all that will happen is that we will crave food. What is the point of that?

While this might be true, eating on Yom Kippur would mean missing the whole point of the day. On this incredible day we desist from indulging in our pressing need for physical stimulation, to drive home the message that if you want to get serious, by which I mean really serious, you must strip away all the fluff and the externals, firstly to demonstrate to yourself how needy and dependent you actually are, and secondly so that you can focus exclusively on what it is you are doing in your life, and how you can create a meaning out of your existence, in a setting where stimulation is proscribed.

If that is your aim for Yom Kippur – to get to grips with the real you without any distractions – then the 25-hour break from a cacophony of meaningless stimulants – news, phones, TV shows, food, drink, and the list goes on – seems like a very good idea. It will give you the time and mental space to focus on what really matters.

So why not have Yom Kippur more often? The answer is that we are, after all, humans, drawn to stimulants of every kind. There is nothing wrong with that. It is the way God created us. We need stimulation to help us function more positively.

But an annually scheduled daylong break from those stimulants will certainly help us reconsider and reevaluate which stimulants we seek out during the rest of the year, and what we seek to get from them. We might choose to be stimulated by a meaningful relationship with God, and productive and healthy relationships with our families and friends.

Instead of choosing to be stimulated by a news report of the death of Rabbi Hyman Krustofski, or by stimulants of a similarly flippant nature.