THE DANGER OF IGNORANCE 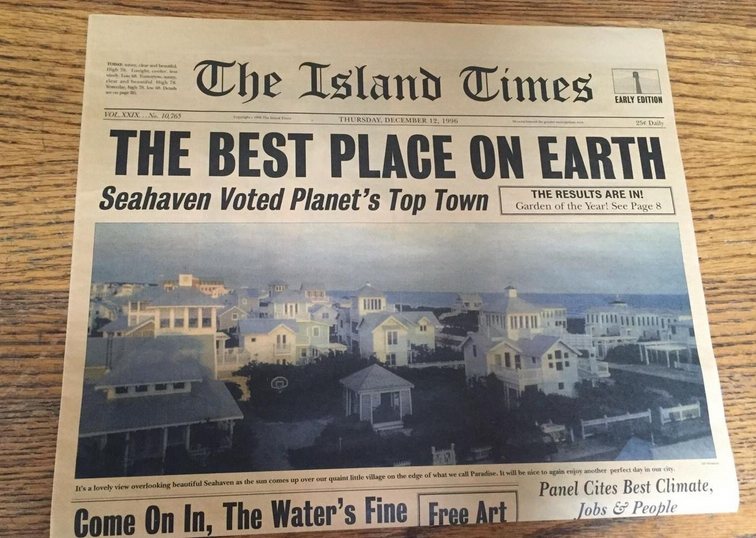 Allen Saunders (1899–1986) was an American writer, journalist and cartoonist, best known for his syndicated comic strip Steve Roper and Mike Nomad. Less well-known is the fact that he coined the pithy observation, “Life is what happens to you while you’re busy making other plans” – a remark later immortalized in the John Lennon song Beautiful Boy (Darling Boy).

We all plan out or think we are planning out our lives, often down to the last detail. But there is no way we can know all the variables, nor are we able to predict the unknowable. Often what we see in front of us and around us is just a partial picture, with so much going on in the background that we are simply unaware of. And yet, we all make decisions based on an incomplete set of facts and map out our lives heading in one direction, blithely unaware that we are actually proceeding in a totally different direction.

In the 1998 movie The Truman Show, Jim Carrey plays Truman Burbank, a cheery young adult who is living a seemingly ordinary suburban life somewhere in Middle America. In actual fact, his entire life is a reality TV show that is taking place on a set populated by actors. Everyone besides for Truman is in on the secret, with each and every aspect of his life carefully scripted in advance.

The drama builds as Truman slowly becomes aware that there is something deeply wrong with his reality, until, at the climax of the movie, after he has found an exit door that will take him into the real world, Truman has a showdown with the show’s creator – the enigmatic Christoff, played by Ed Harris. Christoff – using an off-set speaker system – vainly tries to convince Truman to remain on the set, bizarrely suggesting that there is “no more truth” in the real world than there is in the manufactured world of the show, and that if Truman stays in his artificial world, he would never have anything to fear or worry about.

It is a tense, dramatic scene. In that moment, suddenly everything comes together, with the revelation of that one crucial piece of information which explains everything. Truman may have spent his life making other plans, but there is no way he can turn back now. Quite understandably, when faced with the true facts about his situation, Truman opts for a life outside the show and beyond the set that has been his home since birth.

As we read through the Torah portions that deal with the strife and drama of Jacob’s family, bitter enmity that almost result in the murder of Joseph – the beloved son who is ultimately sold into slavery by his jealous brothers – it almost feels as if we are the audience watching a reality show. In Parshat Mikkeitz, Joseph is brought into the know, as he suddenly becomes aware of the backdrop to all of his travails, when out of the blue his brothers appear in Egypt to obtain food for the family back in Canaan.

It is a “Eureka!” moment – his brothers are now bowing to him just as had been predicted in his contentious dreams decades earlier. Meanwhile, his brothers continue to base all of their actions and reactions on an incomplete set of facts. And we – the off-set audience – are able to observe the contrast between these two perspectives: Joseph, whose plans reflect his clear knowledge of what is going on; and Joseph’s brothers, whose lives seem to be happening to them while they are busy making other plans.

It has always struck me that this embarrassingly detailed narrative, in which Joseph’s brothers are made to look like absolute fools, is meant to convey a very precise message. If your perspective is limited to an incomplete set of facts, you can be as great as the sons of Jacob and still mess things up. The sages of the Talmud unanimously pronounce the superlative greatness of all of Joseph’s brothers, and yet we see how badly they fared simply because they were unaware of the crucial information which would have shifted their perspective completely – namely, that Joseph was just as special as they were, that he was still alive, and that he was the political leader of Egypt.

This lesson translates into our world on numerous fronts, but it is particularly pertinent with reference to the recommendation this week by several rabbinic leaders in the United States and Israel not to take the COVID-19 vaccine.

I don’t profess to know too much about vaccines, but what I do know is that epidemiological experts unanimously recommend taking the vaccine (except, of course, if one suffers from severe allergic reactions). I am also acutely aware that the relevant experts know much more about this topic than I do, or ever will. And while those rabbis who condemn the vaccine may be very great and unimpeachably devout, their perspective on this issue is clearly inadequate, and their scientific knowledge is incomplete. To offer an opinion in such circumstances only exposes their limitations, but much more worryingly, it potentially puts people’s lives in danger.

Plato observed that “opinion is the medium between knowledge and ignorance.” When making plans for life, and certainly for life-and-death situations, knowledge is key, opinion is ignorance, and ignorance is dangerous.

Image: “The Island Times,” an original prop from the film The Truman Show