THE CURSE OF ESAU 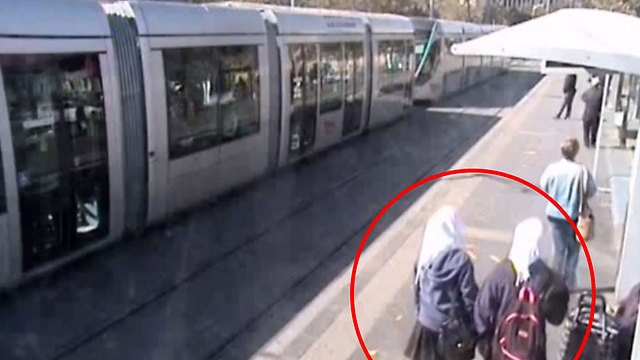 There is so much that goes on in the world that makes absolutely no sense.

For example, the security camera footage that emerged this week of two Arab girls, aged 14 and 16, attempting to stab an old man (who turned out to be an Arab!) with scissors in the Mahane Yehuda market in Jerusalem just makes no sense.

What would the death or wounding of this innocent old man achieve for the Palestinian cause? Why are these girls wondering around the streets of Jerusalem looking for someone to stab?

Then there is the summary justice meted out in areas controlled by ISIS, with innocent people being executed in a variety of gruesome ways. It just makes no sense. How can the perpetrators believe that their rule will endure if they are indiscriminately murdering people who fall under their jurisdiction?

And what about the ISIS murderers in Paris and Brussels, or the Boko Haram murderers in Nigeria? What do these homicidal fanatics believe they are achieving when they kill and maim other human beings in ever more hair-raising atrocities? None of it makes any sense.

But what makes the least sense of all is that many of the terrorists know full well they will probably die while carrying out their attacks. Whether it is instant death by suicide vest, or death as a result of fatal retaliation, or whether it is the fact that as an ISIS fighter your life expectancy is drastically reduced, the fact that their certain death is not a deterrent is astounding.

Why would young people, boys and girls, elect to end their lives in violence rather than find a path for themselves that allows them to live out their lives into old age?

The answer one tends to hear from the stream of tiresome apologists is that these youngsters lead to dead-end, hopeless lives, and going out in a blaze of glory is more attractive than facing a bleak long life of misery.

This is yet another example of the endless lies that overwhelm us in the information age. There are millions of oppressed young people in the poorest corners of the world live hopeless lives, but they don’t shoot up rock concerts, or blow themselves up in restaurants, or stab innocent old men with scissors.

In any event, the youngsters involved in many of the ugliest atrocities come from countries that provide social care, and many of them – remarkably – come from middle class homes. Their lives should certainly not result in the kind of desperation that lends itself to suicidal violence.

And let me add this. There was a time when terrorism, as ugly as it was, had a cause. Today it has no cause. The violence, it seems, is not a means to an end, but an end in itself. World leaders and so-called opinion formers appear clumsy and awkward when they try to apply tired causes to terrorists who just revel in killing and destruction.

But how does it make sense for these killers to behave this way? The answer is that these acts only make sense when you understand the dynamics of Jacob and Esau.

It is not about the desire to kill, because good people also kill, and in a state of war one is forced to kill those who may cause others harm. The lessons of Jacob and Esau, as exemplified in the Torah portion of Vayishlach, offer a much deeper insight into the psyche of the stabbers, and bombers, and car-rammers, and shooters, who wound and kill with seemingly no benefit to any cause.

One of the puzzles about the interchange between Jacob and Esau is Jacob’s insistence that he has not benefited from Isaac’s blessings. Isaac had blessed Jacob with abundant agricultural success (Gen. 27:28):

Neverheless, he informs Esau that his wealth is not land based, but rather made up of domestic animals (Gen. 32:6):

In other words, although Jacob may have been successful in tricking their father into giving him the blessings, his ruse had not been worthwhile, because nothing in the blessings had materialized.

What kind of fool did Jacob take Esau for? Those blessings were never meant for immediate effect. They were long-term blessings, a legacy that would stretch beyond the lives of the two brothers for thousands of years into the future.

Even if Jacob was not yet the landowner the blessings indicated he would become, that was never the point. His children and his descendants would inherit the land in the future, crystallizing the blessings at a later date.

It would seem, however, that in the world of Esau only instant results matter. Unless something is real right here, right now, it is not real at all. Jacob understood his brother perfectly. He wished to appease him with the reassurance that his life in the present did not reflect the promise contained in Isaac’s blessings.

And even though this was only half the story, it worked. It pacified Esau, who could see that the blessings had not materialized. In that time and place Jacob had not received any of the promises specified in the blessings. As to the future – Esau was not concerned with the future, only with the here and now.

Today’s terrorists are the epitome of Esau. They are not concerned with a future. They only care about the here and now. Tomorrow doesn’t matter, as long as today they have killed, and maimed, and injured, and harmed. It appears as if they have been gripped by the curse of Esau.

Our only hope against such ultimate evil is to be descendants of Jacob, whose focus is never on the gratification of the present, and is only on the promise of a better future.

Photo: CCTV footage of the two Palestinian teenage girls minutes before they stabbed an elderly Arab in Jerusalem, November 23, 2015