THE COEXISTENCE OF FAITH AND WEALTH 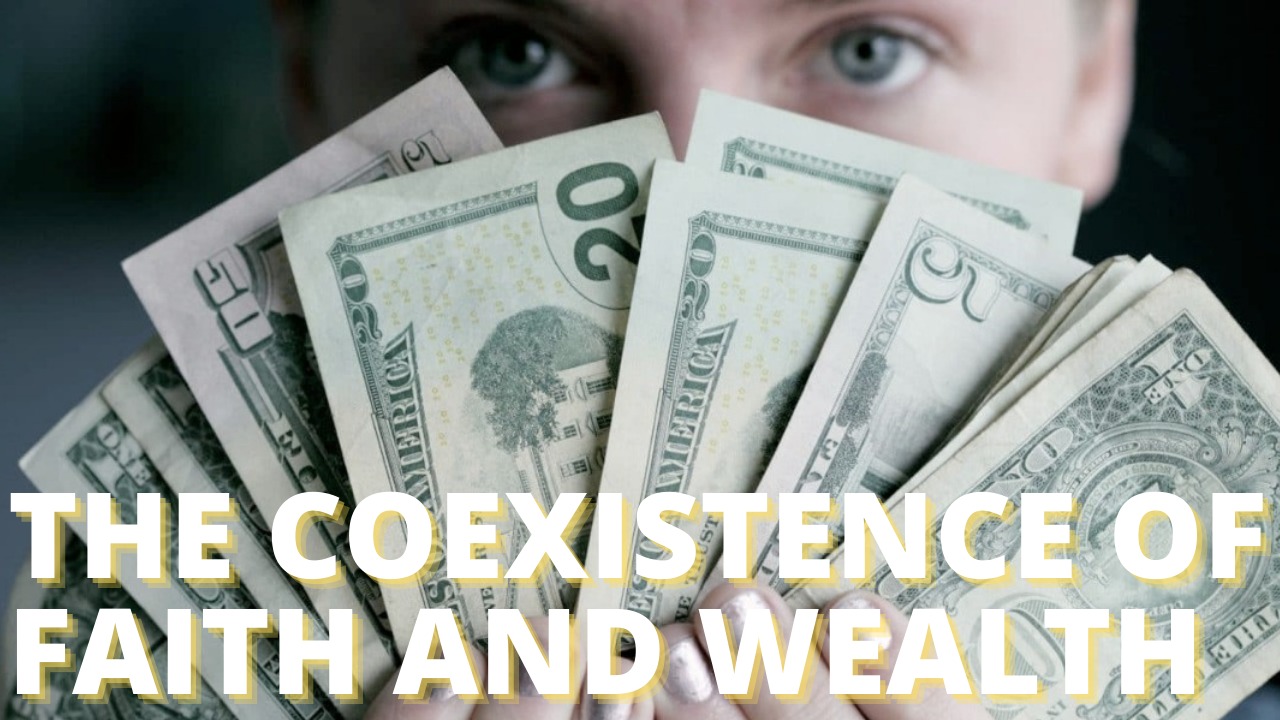 The nineteenth-century business behemoth, John D. Rockefeller (1839-1937), is often touted as the “wealthiest American of all time.” But although he was a relentless capitalist who single-handedly controlled the oil market in the United States during its formative years, he was also devoutly religious, with a deep conviction that his wealth was divinely intended. He told people he believed that “the power to make money is a gift from God, to be developed and used to the best of our ability for the good of mankind.” And, to be fair, he was true to his beliefs, devoting the last forty years of his extraordinarily long life exclusively to philanthropy.

Nevertheless, Rockefeller’s casual and rather convenient dismissal of the tensions between material wealth and spiritual pursuits, based entirely on his own experience, is undermined by unassailable evidence to the contrary.

The facts speak for themselves; the wealthier people are, the less likely they are to believe in God. Just take a look at Forbes’ list of the world’s richest people; those at the top of the list are all self-declared atheists or agnostics: Elon Musk, Bill Gates, Larry Page, Mark Zuckerberg, Warren Buffet, Larry Ellison – and the list goes on. Troublingly, some of those names are Jewish, which only goes to show that a Jewish heritage background is no protection against the attraction of God-rejection.

In the early 2000s, paleontologist Gregory S. Paul decided to branch out into sociology and theology, prompted by the persistent resistance among bible believers to accepting the existence of prehistoric dinosaurs. In his desire to disprove the “God gene”, Paul researched whether there was a relationship between prosperity and a drift away from religion. Are poorer people more likely to be God-believers, he asked?

His conclusions, published in 2009, were astounding. After putting together what he called a “Successful Societies Scale” comparing 25 socioeconomic indicators against statistics on religious belief and practice in 17 developed nations, he discovered that “religion is most able to thrive in seriously dysfunctional societies.”

Paul’s research revealed that God-belief is in serious decline among First World nations but remains high in developing countries. Malawi, a landlocked country in Southeastern Africa, was just one example. It is home to one of the most religious nations in the world; 99% of the Malawians polled expressed a strong belief in God. And yet, Malawi is one of the poorest countries in the world, with an annual per-capita income of just $870.

Meanwhile, in 2004, Harvard sociologist Pippa Norris and University of Michigan political scientist Ronald Inglehart published a study showing that during the second half of the twentieth century, belief in God had declined by 33.6% in Sweden, 19.9% in Australia, and 7.2% in Canada, correlating to a rise in economic success and a growing middle class in those countries.

Remarkably, the United States is an outlier when it comes to these studies. Despite its status as the world’s richest nation, a 2015 Pew Research Study revealed that Americans “are more likely than their counterparts in economically advanced nations to deem religion very important.”

Over half of Americans consider religion an essential part of their lives – a far higher number than Canada (24%), Australia (21%), and Germany (21%) – the next three wealthiest countries surveyed by Pew. America’s fondness for religion is astonishing, as according to Pew, “people in richer nations are less likely than those in poorer nations to say religion plays a very important role in their lives.”

How do we reconcile the overwhelming evidence that wealth shunts God to the sidelines with individuals like John D. Rockefeller who was a devout God-believer, and with the counterintuitive prominence of religious faith in the United States? Suggesting that they are just a phenomenon of “the exception that proves the rule” seems grossly insufficient.

A possible answer can be derived from an ingenious observation made by Rabbi Shimon Sofer (1820-1883), a revered nineteenth-century rabbinic leader, best known for his 24-year stint as Chief Rabbi of Cracow. In his Torah commentary, Mikhtav Sofer, he addresses one of the most vexing aspects of the Jacob’s ladder narrative in Parshat Vayeitzei – the seemingly conditional vow that Jacob makes after experiencing his Divine revelation.

In Jacob’s dream, God promises to remain with him, to protect him wherever he goes, and to bring him back safe-and-sound, adding: “I will not leave you until I have done everything I promised.”

But instead of responding with words of gratitude, as soon as Jacob wakes up he makes a very strange vow (Gen. 28:20-22): “If God remains with me, if He protects me on this journey that I am making and gives me bread to eat and clothing to wear, if I return safe to my father’s house – God shall be my God. This stone, which I have set up as a monument, shall be God’s home; and everything You give me, I will set aside as a tithe for You.”

Surely Jacob had just been given a firm commitment by God that everything was going to be okay. Why didn’t he just promise to build the sanctuary and give the tithes? Why did he feel the need to condition his acts of faith on God honoring His promises?

Many of the commentaries struggle with this seemingly disrespectful oath, but to Rabbi Shimon Sofer the solution is simple. The second half of the vow, he says, begins after the phrase “God shall be my God” – not before. In fact, the phrase is more correctly read “and if God shall be my God.”

Jacob wasn’t promising God to remain faithful if the promises materialized and he thrived at his uncle’s home, rather he was pleading with God to help him retain his faith even as he became ever more successful. And ironically, it was Jacob’s commitment to faith above all else that kept him on the straight and narrow – despite the fact that his wealth increased beyond his wildest expectations.

When John D. Rockefeller and others who value their faith beliefs deliberately prioritize God as an aspiration – just as Jacob did, along with his countless spiritual heirs – they are more than able to counteract the lure of affluence-driven atheism and agnosticism. It is a self-fulfilling prophecy, underscored by a determination to beat the odds.

Our primary task in life is to maintain our standards of faith whatever our level of material success, but most especially when we are most successful.