THE BRILLIANCE OF RABBI SACKS 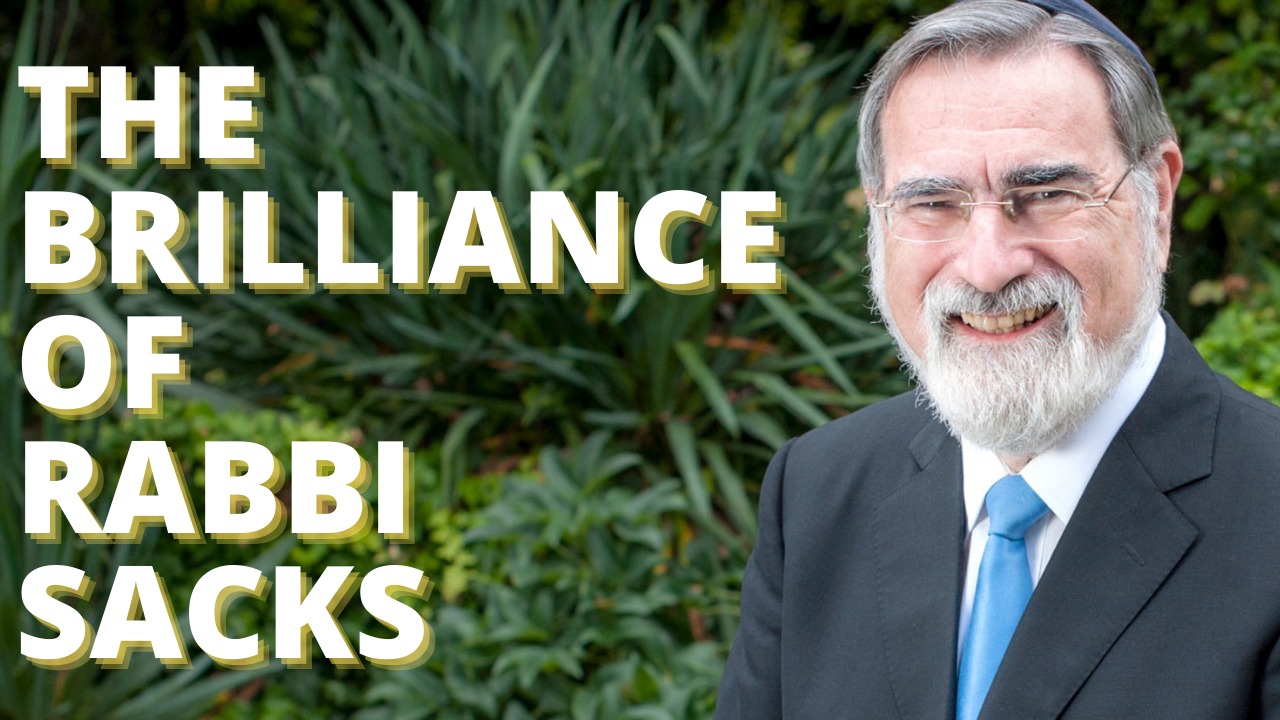 This week, I was privileged to participate in an international event that stretched across the globe, starting in New Zealand and Australia, and then trailing its way around the world, finishing up at our shul on the West Coast of the United States – with, of course, many stops in between. Not only was the program geographically vast, but it also lasted for several days to accommodate the multiple time zones.

Titled “Communities in Conversation,” this stunning initiative was organized by the UK-based Rabbi Sacks Legacy Trust to commemorate the first yahrzeit of the late Rabbi Lord Jonathan Sacks z”l, whose passing last year took the Jewish world by surprise, and left us all bereft. The Trust invited “individuals, families, schools, organizations and communities from around the world to come together to remember the impact Rabbi Sacks made on the Jewish world and beyond, and to learn and teach some of his Torah.”

The list of participating locations is three pages long, and includes – among many others, but just to give you a flavor of the diversity – East Melbourne Synagogue in Australia, Ohel Leah Synagogue in Hong Kong, Versailles Consistoire Habad in France, and the Milton Gottesman Jewish Day School of the Nation’s Capital, Washington DC. I also noted that one location, this one in Jerusalem, was The Jonathan Sacks School – no doubt the first of many Jewish institutions that will be named to honor the memory of this extraordinary rabbinic expositor of Jewish wisdom and knowledge. According to the Trust’s count, over 150 communities, schools and organizations in 15 countries took part in this incredible initiative.

Over the course of several days, tens of thousands of people around the world learned Rabbi Sacks-inspired Torah together, and heard a range of Torah presentations based on the teachings of Rabbi Sacks, in what must surely have been one of the most unique events in Torah-study history. In an email I received from Joanna Benarroche, who runs the Trust, she wrote: “I can’t tell you how much it means to the family and to us, Rabbi Sacks’ team, that so many wanted to join in the initiative to mark Rabbi Sacks’ first yahrzeit. It has been a remarkable testament to the impact that Rabbi Sacks had and will continue to have for generations to come.” And, as I expressed in my own presentation on Tuesday night, “I believe that Rabbi Sacks is smiling down at us from heaven; he could not have wished for a better, more appropriate tribute.”

This extraordinary project brought to mind a superb Hasidic interpretation of a very curious Midrashic narrative, serendipitously cited with reference to Parshat Chayei Sarah (Bereishit Rabba 58:3). The great Talmudic sage, Rabbi Akiva, was once delivering a lengthy Torah lecture and his students began to doze off. To wake them up, he decided to ask them a challenging, unexpected question. “How is it that Queen Esther ruled over 127 provinces?” he suddenly inquired, totally out of the blue. His students, intrigued, pondered his question for a few moments, and then looked at him quizzically. Rabbi Akiva smiled. “How could it be any other way?” he said, with a twinkle in his eye. “Esther was a descendant of Sarah, who lived to the age of 127-years-old – so of course she ruled over 127 provinces!”

Obviously, I was not in the audience that day, and I cannot tell you whether Rabbi Akiva’s students were satisfied with this rather obscure answer to what, in fairness, was a rather strange question. What I do know is that rabbinic scholarship has struggled to make sense of this rather extraordinary vignette. That is, until the earliest exponent of Hasidism, Rabbi Jacob Joseph of Pollonye (1710-1784), offered a powerful key to the story that is both sensible and exhilarating. Why, he asks, did Rabbi Akiva choose this specific homiletic exposition to reinvigorate his drowsy audience, and why is Rabbi Akiva so central to this story?

The answer, suggests Rabbi Jacob Joseph, is that those who study Torah are considered royalty, as the Torah is their crown. But Esther’s generation had drifted away from their Judaism and from Torah, having assimilated into the gentile culture of Babylon and Persia. Esther desperately needed to connect them to their roots, as far back as matriarch Sarah. The fact that she was successful is alluded to by the corresponding number of Sarah’s age and the provinces of the Persian Empire.

But how exactly did Esther do it? Rabbi Jacob Joseph cites a Talmudic source (Arakhin 16b), in which the sages wondered aloud whether anyone in their generation met the moral requirements necessary to reprimand others, or indeed whether anyone was actually capable of being reprimanded. Whereupon Rabbi Akiva innocently asks “but is there anyone in this generation who knows how to reprimand others?” In other words, rather than debate the worthiness of those who reprimand, how about considering how they might do it so that they are effective. After all, what’s the point of communicating an important message if you are an ineffective communicator?

Esther may have been devoutly pious – but what was much more important was that she spoke the language of the people, and understood their needs. In fact, said Rabbi Akiva, she was so capable in this regard that she was able to channel the energy of Sarah, the original source of Jewish identity, and convey it to the people, thereby keeping Judaism alive, and ensuring a future for Jewish life. And no one knew how important this was more than Rabbi Akiva –particularly when his audience began to doze off! Unless you can communicate with your audience, and ideally the widest possible audience, in the final analysis, your scholarship and brilliance are entirely self-serving. Rabbi Akiva truly lived this ideal, transforming the intricacies of Torah law and lore into something digestible, so that he became the paradigmatic teacher of rabbinic scholarship in the Talmudic era.

Rabbi Jonathan Sacks was a modern-day Rabbi Akiva. Although he was undoubtedly a profound scholar of philosophy and theology, he channeled all of his energy into disseminating that profundity to the masses, so that ordinary folk could benefit from his brilliance and wisdom. And it was this attribute that was most evident in the Communities in Conversation initiative in which so many participated this week – thousands upon thousands of us across the world who are far less brilliant than Rabbi Sacks were able to learn from his sensational teachings, so that the spirit of Sarah lives on in all of Esther’s 127 provinces, and in many more to boot.