THE BENEFITS OF PILING ON THE PRESSURE 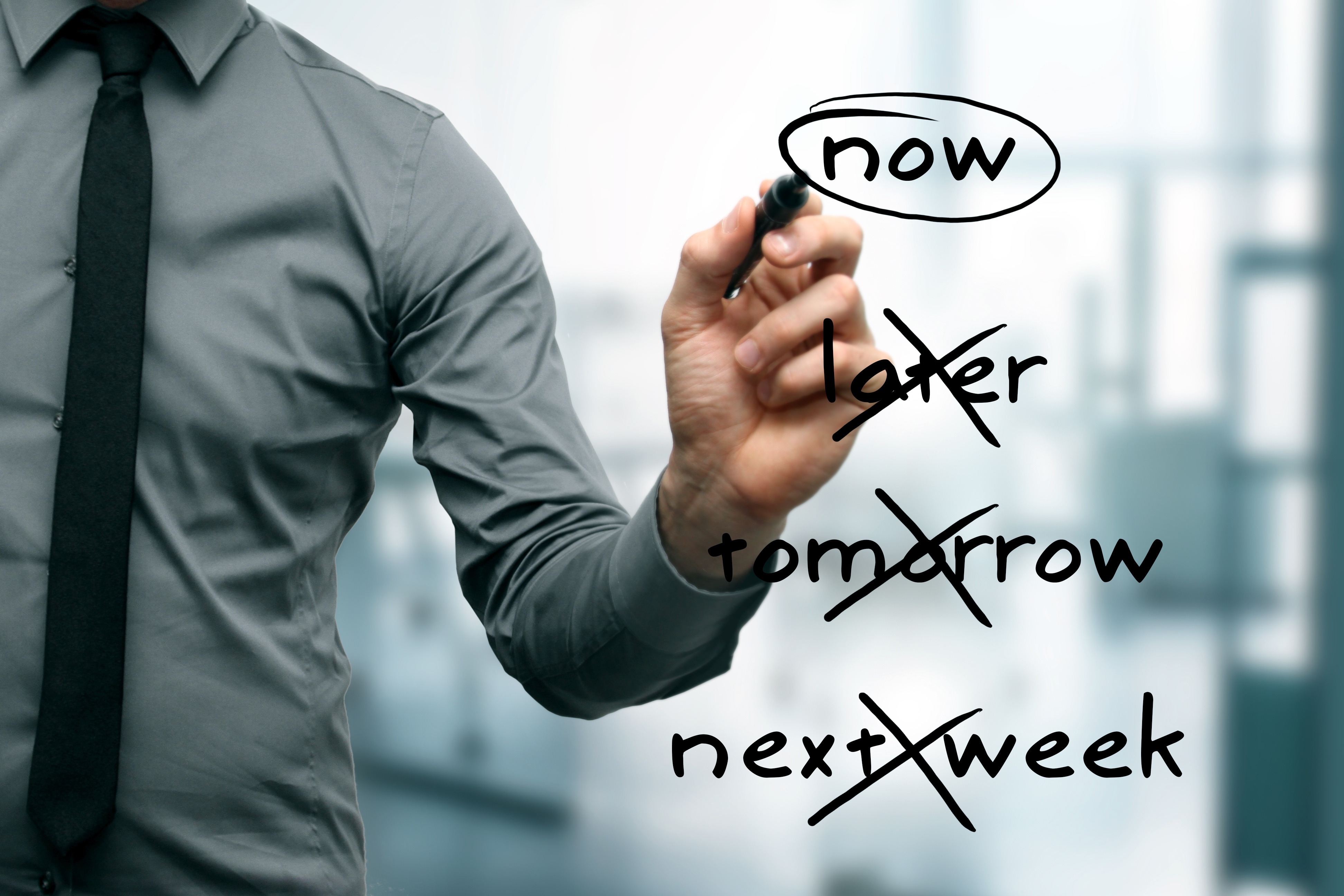 Over the past couple of decades a new area of psychological research has emerged that has changed the way psychologists understand a very familiar aspect of human behavior.

Procrastination psychology is the study of why it is that people put things off when they have to do them, rather than getting them done immediately. This cutting edge branch of behavioral study has many applications, and it has quickly found its way into numerous other disciplines.

Most of us see procrastination as just another form of laziness, or alternatively a consequence of poor time management skills, but psychological researchers have demonstrated that when someone chronically procrastinates, it is not about putting stuff off until tomorrow, or next week. It turns out that this ubiquitous human condition is actually a complex failure of self-regulation.

Those who habitually procrastinate choose to delay important tasks, despite knowing that they will certainly suffer as a result of that delay. Although it may be true that laziness and poor time-management can make the problem worse, it is an inability to manage emotions that seems to be at the root of this all-too-common human failing.

The arguments put forward by chronic procrastinators are that they work best under pressure, and rushing to do a task can itself produce poor results, so surely it is better to wait.

But psychologists dismiss these excuses as self-serving rationalizations, and even see them as insidious, as they correlate positive traits, such as careful reflection and prioritizing, with the destructive habit of putting things off and then doing them poorly in the last minute.

Numerous studies now show that chronic procrastinators do worse than those who have a healthy, more proactive approach to their “to-do list”, and in the final analysis the fleeting benefits of procrastination pale into insignificance when measured against the downside.

Remarkably, the more important the task, the greater is the propensity for procrastination. In one particularly revealing study, college students were told that they would be expected to do math puzzle at the end of their class. Some of them were told that the task was an important test of their cognitive abilities; others, that it was just to have some fun.

Before doing the puzzle the students were given a few minutes break, during which they could either prepare to do the puzzle by looking at some other examples, or just mess around on computer games. Incredibly, the chronic procrastinators only avoided doing anything that might have helped them prepare for the puzzle if they thought it was going to be a cognitive evaluation. If they were told it was for fun, their behavior during the break was identical to the non-procrastinators, and they happily worked on the examples.

The researchers concluded that procrastination is a self-defeating behavioral problem, and chronic procrastinators seem compelled to undermine their own best efforts.

Ironically, all of this research proves that the very opposite is true when it comes to non-procrastinators. Those who self-regulate best clearly understand the value of pressure as a motivator to get things done. They also understand that the more pressure you pile on, the greater the result.

I found this point beautifully demonstrated in the portion of Vayechi, in the story of Jacob insisting that Joseph takes an oath to bury his father in Canaan instead of Egypt. All the commentators are puzzled by Jacob’s insistence on an oath. Did Jacob think that his devoted son Joseph would not bury him in Canaan unless he took the oath?

Ramban (Nahmanides) answers that Jacob was concerned Pharoah might not let Joseph fulfill his deathbed request unless it was reinforced by the oath, and adds that Jacob believed the power of an oath would also be a great motivator for Joseph.

This is not to suggest that Joseph would not have done his best had he simply agreed to fulfill the request, but it is a fact that if someone is a non-procrastinator, their ‘best’ gets better if the level of pressure increases.

If someone says they are giving a task their 100%, this is only in the context of the situation they are in at the time. But if you put that same person in a more pressurized situation, somehow they will discover an extra few percentage points to add to their previous 100%.  When failure is not an option, we discover untapped resources, and can achieve more, and do better.

The Midrash says that had Reuben known the Torah would record that he had saved his brother Joseph from death, he would have run home to his father with Joseph on his shoulders; had Aaron known the Torah would record that he went out to greet Moses without being jealous of the fact that his younger brother had been appointed leader, and not him, he would have turned the encounter into ancient Egypt’s version of a tickertape parade.

At first glance it appears the Midrash is suggesting that they were motivated by the glory of a Torah citation.

But that is absolutely not what the Midrash means. Rather, it is telling us that had they known the Torah would record their incredible ability to rise above a challenging situation, they would have pushed themselves even harder, and found more strength to do what they themselves were unaware they were capable of.

It was for this reason that Jacob added an extra layer of urgency and pressure to Joseph’s mission, by asking him to take an oath, to ensure that he would excel beyond his ordinary measure of capability.