THE BEATING HEART OF JEWISH HISTORY 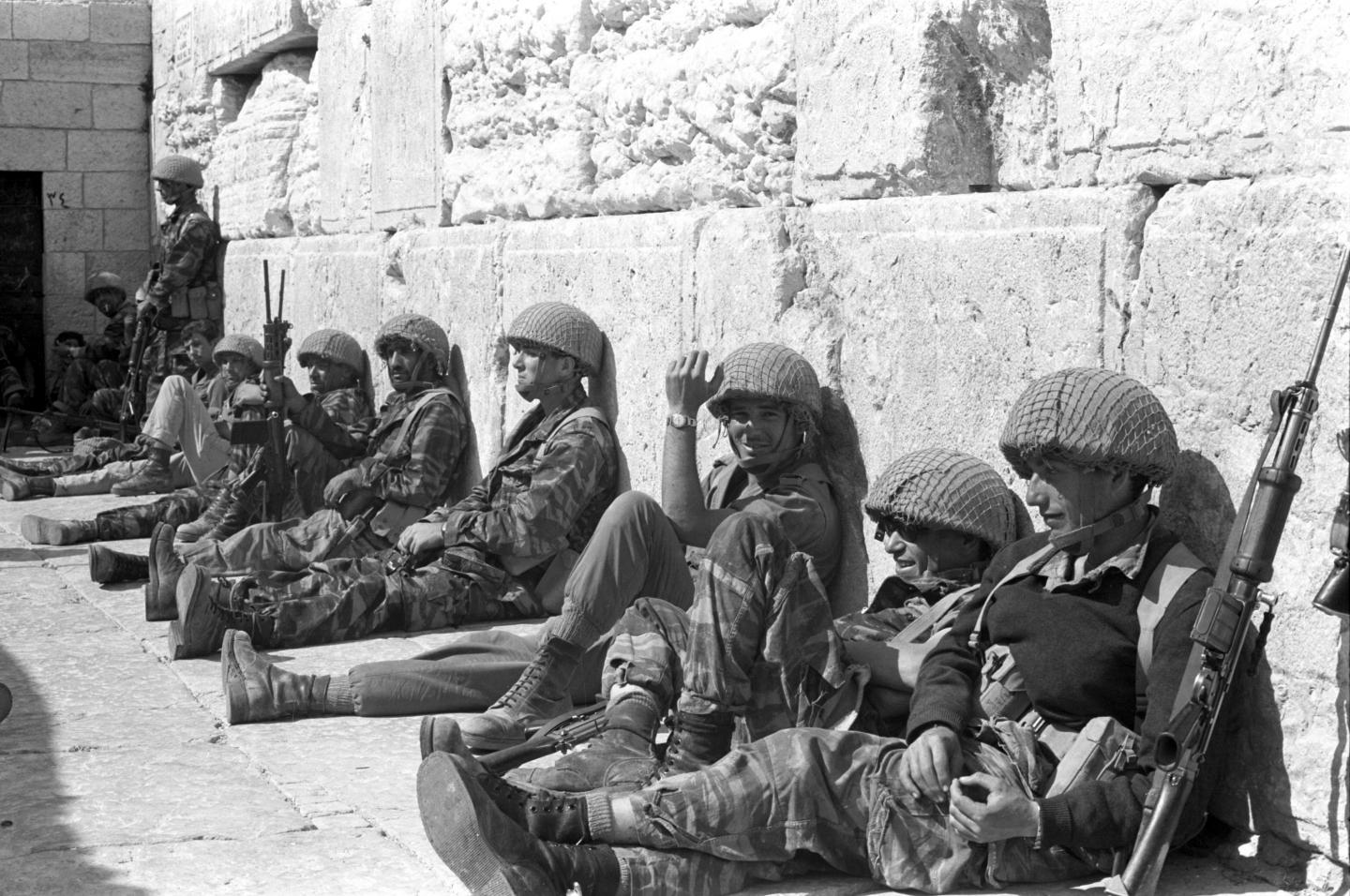 If you do a Google search on any Jewish topic, you will almost certainly be directed to the site myjewishlearning.com.

This website is one of the several media outlets that form 70 Faces Media, “the largest nonprofit, nondenominational Jewish media organization in North America”, which is funded by a range of familiar Jewish philanthropic names – among others, the Samuel Bronfman Foundation, the William Davidson Foundation and the UJA-Federation of New York.

According to the “About Us” page, myjewishlearning.com “is all about empowering Jewish discovery for anyone interested in learning more, [offering] thousands of articles, videos and other resources to help you navigate all aspects of Judaism and Jewish life.”

This website is certainly one of the internet’s most prominent storefronts for Judaism and the Jewish world, which makes the assertions in its article on Yom Yerushalayim startling beyond belief:

“Unlike Yom Ha’atzmaut — which is a day to celebrate the existence and successes of the modern Jewish state [of Israel] — Yom Yerushalayim can make some politically liberal Jews outside of Israel uncomfortable, due to the continuing conflicts over the future of the city. Even some Jews who believe that the city should remain undivided and under Israel’s control choose not to emphasize Yom Yerushalayim as a day of joy because of the deeply emotional, violent, and controversial state of affairs surrounding the Arab portions of Jerusalem.”

Yom Yerushalayim, or Jerusalem Day, is the annual anniversary for the reunification of Jerusalem, when Jews across the world celebrate the liberation of Jerusalem on June 7, 1967, and particularly the Old City and Temple Mount, from the control of the Jordanians, who had captured the eastern part of the city during Israel’s War of Independence, expelled all the Jews from their homes, and removed the permanent Jewish presence that had persisted there across the centuries.

On that heady day in June 1967, for the first time since the Roman era, Jews were finally in possession and control of their capital city Jerusalem, the beating heart of Jewish life since the days of King David some 3,000 years ago.

Why a website that professes to promote Jewish learning and Judaism would choose to focus on Jews whose disconnect with their Jewish heritage is so profound, that they fail to see the miraculous Jewish hegemony over Jerusalem as the of countless prophecies, is beyond puzzling.

And if the answer is that the website must offer a balanced view, the mere fact that the insidious opinions of anti-Semites and fringe radicals progressed so far into the mainstream that they need to be cited in the cause of balance is extremely worrying.

I studied at a yeshiva in Jerusalem in the late 1980s. At the time it was just over 20 years since reunification, and the city was a bustling metropolis, with luscious public parks and modern suburbs situated alongside updated and upgraded older neighborhoods.

The Old City – which had languished terribly under Jordanian rule – was accessible and fresh, with access to the holy sites available to Jew and Gentile alike. Already then, tens of thousands of visitors came from all over the world each year, able to stay in hotels and take advantage of this ageless jewel, a city that was as invigorating as it was safe.

What a sea change from the Jerusalem of history, so aptly described by one nineteenth-century visitor, Sir Frederick Henniker, in an 1823 published account of his visit there:

“The streets of [Jerusalem] are narrow and deserted, the houses dirty and ragged, the shops few and forsaken; and throughout the whole [city] there is not one symptom of either commerce, comfort, or happiness.”

Today, 30 years since my time in yeshiva, Jerusalem has further exceeded itself – it is a thriving city with every modern and a public transport system that outclasses many in the western world.

Moreover, Judaism and Jewish life, including a vast range of Torah institutions and countless synagogues to cater for Jews of every shade and stripe, have at no point flourished over our long history as they do in Jerusalem today.

What further proof do we need of the advent of Messianic times than the rebuilding of the ruins of Jerusalem into this gleaming beacon of Jewish life? Right before our very we can see the realization of biblical prophecy.

In 1718, the Italian Jewish traveler, Rabbi Immanuel Chai Ricci, visited Safed in northern and decided to settle there while he studied kabbalah. In 1731 he published “Hon Ashir”, an eclectic work containing both a commentary on the Mishnah and a poem set to music.

Rabbi Ricci also used the book to describe his time in Safed, noting the fulfillment of the prophecy in Bechukotai, as iterated in the Talmud (Sotah 49b) regarding the Messianic era, “and the Galilee shall be in a state of destruction” (Lev. 26:33): וְהָיְתָה אַרְצְכֶם שְמָמָה וְעָרֵיכֶם יִהְיוּ חָרְבָּה — “Your land shall become a desolation and your cities a ruin.”

In Rabbi Ricci’s words, “I saw with my own eyes how the Galilee lay in ruins – but thank God I was also happy to see … that new houses were being built every day, and in my this [reconstruction] is truly a sign that the Messiah is on his way.”

Never mind Galilee – imagine Rabbi Ricci would visit Jerusalem as it is today, to see the ruins of this ancient holy city overshadowed by countless burgeoning neighborhoods full of life and vigor, teeming with proud Jews who have returned to their ancestral homeland.

Yom Yerushalayim is not just an anniversary celebration; it is a day that reflects the anticipation of a nation over thousands of years for the ultimate redemption.

And if there are people out there who find this primary Jewish directive slightly awkward in the face of unresolved political issues, perhaps they need to reflect on their true commitment to Jewish identity.

Meanwhile, it is certainly the case that such people have no place in an article on Yom Yerushalayim.

POSTSCRIPT (6/6/2019): As a result of being made aware of this article, the myjewishlearning.com editorial team updated their Yom Yerushalayim entry to neutralize the bias. In an email to the person who sent them the they wrote, “The [Yom Yerushalayim] article you cite was more than 15 years old and your email prompted us to update it.”