THE BATTLE FOR KAPPAROT AND JEWISH TRADITION 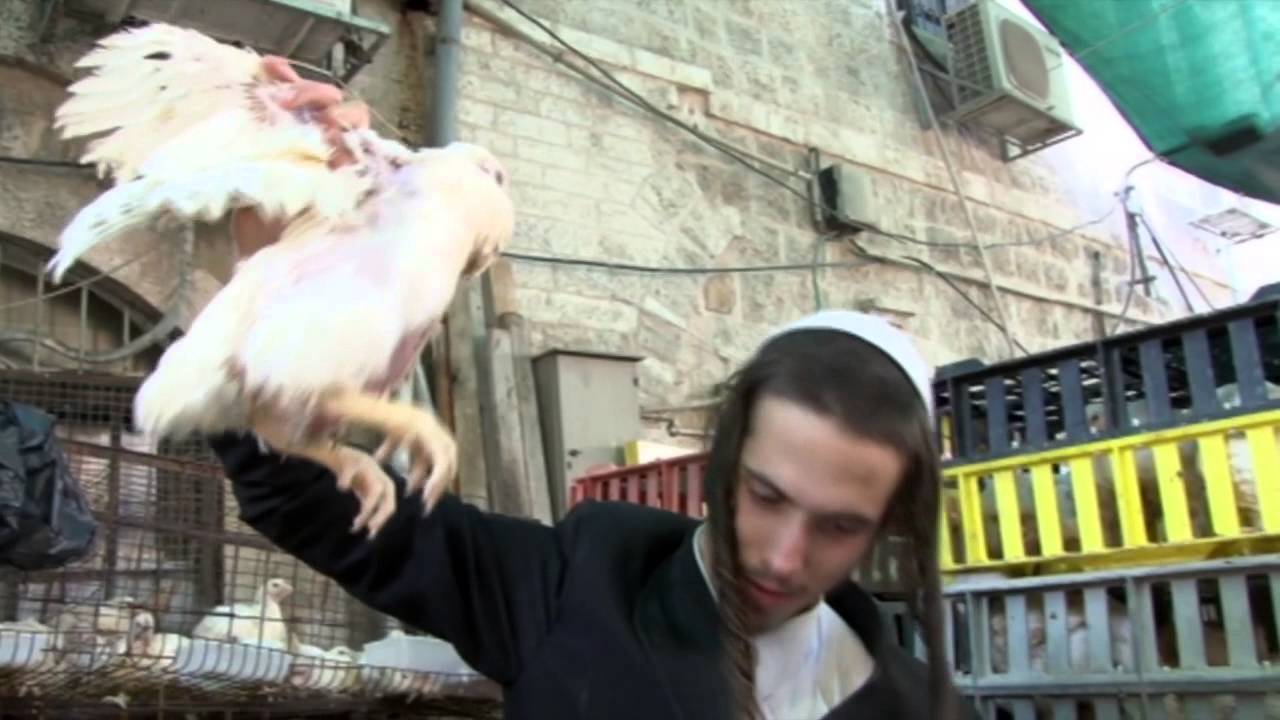 Over the past few months, animal rights activists in the United States have focused their attention on the pre-Yom Kippur custom of “kapparot.”

Here in Los Angeles, protesters disrupted a kapparot gathering at the Hebrew Discovery Center, run by Rabbi Netanel Louie. Meanwhile, in New York, aggressive protesters picketed kapparot sites across the city. At one location in Crown Heights, the demonstrators, frustrated at their inability to prevent kapparot, began chanting, “Animal holocaust” and, “Murderers: Wake up, you’re oppressed!”

There is no question that kapparot is a controversial custom, even among the most traditional Orthodox Jews. Carried out before Yom Kippur, the ritual involves a live chicken being waved around a person’s head, as he or she recites a formula symbolically removing their accumulated sins and transferring them to the chicken. The chicken is then killed and given to the poor.

Kapparot originated in the Babylonian Jewish community approximately 1,500 years ago, and has been fiercely debated by rabbis ever since. Senior rabbinic authorities dismiss kapparot as a paganistic rite that diminishes the seriousness of the High Holidays by giving the impression that by uttering a few words over a chicken, one can circumvent the entire repentance process.

Later rabbis were concerned that the huge numbers of chickens requiring ritual slaughter in such a short period of time would inevitably lead to some not being slaughtered correctly. They argued that the danger of feeding poor Jews with non-kosher chickens was surely a far greater concern than a questionable custom not prescribed by the Torah or Talmud.

As a result of these objections, an alternative kapparot method using coins instead of chickens became increasingly popular. Indeed, the vast majority of those who perform kapparot today use coins, and the money is later distributed to charity.

My own German Orthodox tradition is not to do kapparot at all. Although I was aware of the custom growing up, my first exposure to it — in both chicken and coin form — was when I went to post-high school yeshiva.

At our synagogue in Beverly Hills, we held an orderly kapparot session on the morning before Yom Kippur, using half-dollar coins. The issue of the animal activist protests came up, but there are surely those in the Orthodox community who quietly sympathize with the protesters, and agree that waving a chicken over your head in a symbolic ritual is tantamount to animal cruelty — something that is strictly forbidden by Jewish law.

It has also emerged that many of the chickens never make it to the poor; instead they are abandoned in trashbags as everyone rushes to get home and prepare for Yom Kippur.

So what are we to make of the attempts to halt this practice in the United States? In August, a state lawsuit — “United Poultry Concerns vs. Bait Aaron, Inc.” — was filed in California to prevent any group, including Hebrew Discovery Center, from holding kapparot events; the suit was ultimately dismissed.

He’s right. The erosion of First Amendment rights in this country is something that needs to ring alarm bells for all of us, even if the target happens to be kapparot.

While I cannot condone the wanton abuse of animals, I also know that every chicken we eat has gone through a disorientating process leading up to its death. But the law is followed to minimize any suffering; that is how we can eat chicken. If kapparot is done in such a way that it minimizes any suffering to chickens, and those who do kapparot ensure that the chickens are subsequently used for charitable purposes, even though I do not personally participate in kapparot, I will fiercely advocate on its behalf to any detractor.

As to most of the detractors — their objection is not against kapparot; it is much broader than that. Using animal rights as a pretext, their real objection is to religious individuals carrying out hallowed customs that harm no one while giving meaning and depth to countless lives.

Kapparot is just the thin end of the wedge. Shechita (ritual slaughter of animals for consumption) and ritual circumcision are next, and I have no question these warped individuals also wish to impose their skewed values on our synagogues and day schools by insisting that we adopt practices to accommodate contemporary human rights ideals and social policies that run counter to our faith.

Those who oppose kapparot, and whose hatred of rites and ritual transcends common sense, are immune to both logic and education. Our only chance of victory is to recognize them for what they are. We cannot give an inch in the battle for our rights to religious freedom.

The battle for kapparot is undoubtedly as important and critical to the future of Jewish religious freedom as the battle for shechita and circumcision.