THE ABRAHAM APPROACH IS THE ONLY APPROACH 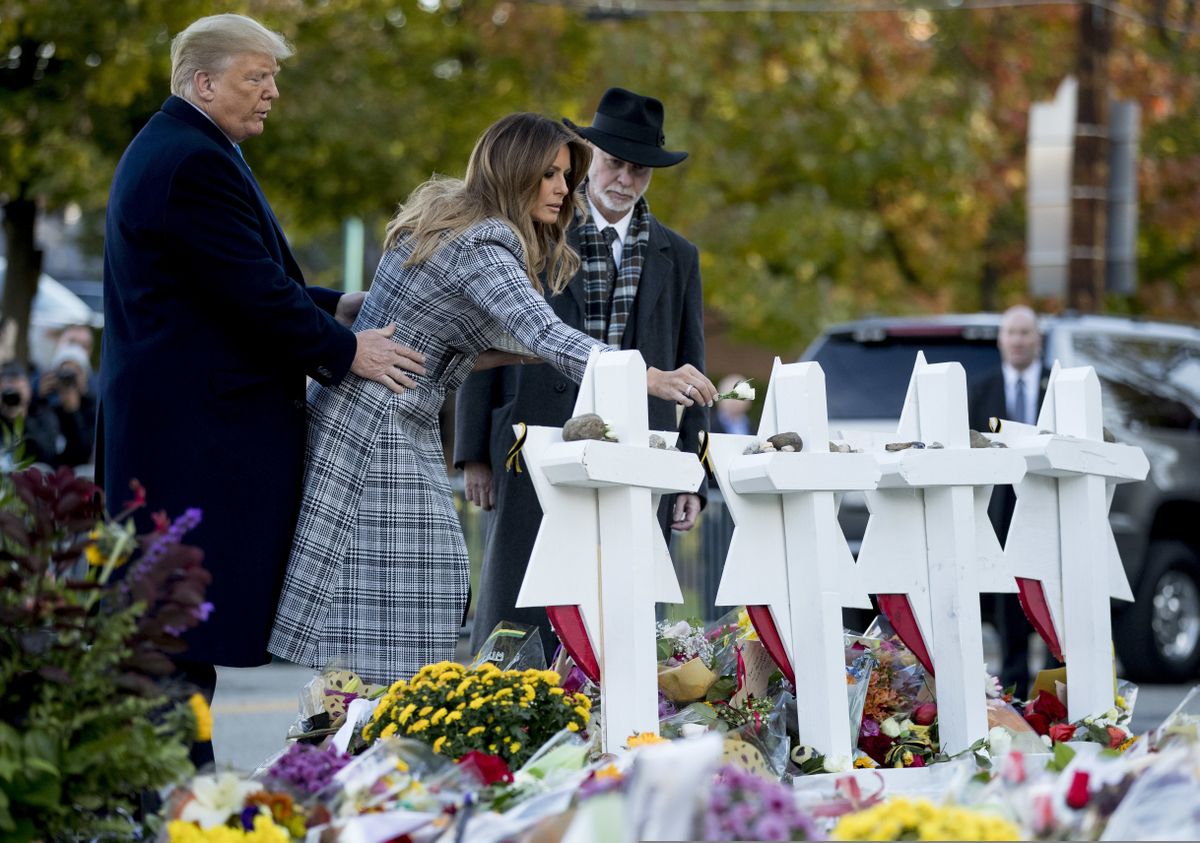 After the horrific massacre at the Tree of Life synagogue in Pittsburgh last Shabbat, we have seen evidence of both. In the aftermath of the dreadful shooting, the perpetrator, Robert Bowers, was shot and wounded by police officers, then arrested and rushed to a local Emergency Room, where he was met by a medical team headed by Jeff Cohen, a Jewish doctor.

Bowers, who had yelled “I just want to kill Jews” as he rampaged through the synagogue shooting his victims, was still muttering these same words as he was wheeled into the ER. Without a second thought, Cohen and his team, many of whom were also Jewish, unquestioningly gave Bowers the medical attention he needed to take care of his severe injuries.

Cohen later rejected the notion that his actions were extraordinary, telling the UK’s Channel 4 News: “My job isn’t to judge [Bowers]… my job is to care for him.”

Meanwhile, the bodies of the eleven victims were barely cold before politicians and pundits were tripping over themselves to score political points. The funerals began on Tuesday, and the President and first-lady appropriately arrived to pay their respects.

As soon as they reached the scene of the massacre, they encountered hundreds of chanting protesters displaying signs saying, “It’s your fault” and “Words matter,” references to eagerly promoted allegations that the President’s strident opinions on matters such as immigration had encouraged bigots like Bowers, which apparently makes Trump responsible for the synagogue killings.

Protestors demonstratively turned their backs on the President, and both the governor of Pennsylvania and the mayor of Pittsburgh declined to join him during the visit.

Elsewhere there were ultra-orthodox rabbis who declared that the shooting had occurred as retribution for the sinful ways of the Conservative movement to which Tree of Life is affiliated – sentiments that were swiftly denounced by some of their colleagues; Vice President Pence held a memorial event in Michigan at which a Christian “rabbi”, inexplicably invited to represent the Jewish community, invoked Jesus in his memorial prayers, although he failed to mention the names of even one of the victims; and Israel’s Chief Rabbi David Lau came under fire in the secular Jewish media for refusing to refer to Tree of Life as a synagogue in an interview, an accusation that later turned out to be entirely false.

As we all struggle to come to terms with the deadliest anti-Semitic attack in U.S. history, these distractions impede our ability to focus on what is important – namely, that hatred of Jews resulting in premeditated lethal violence against Jewish centers is no longer a problem which only affects other countries somewhere far away. It is right here, on our doorstep, in the heart of urban America.

The genie is out of the bottle, and it can never be permanently put back ever again. Which means that wasting time on political point-scoring or to push some partisan agenda is not only a distraction, it is plain dangerous.

One of the most extraordinary things about the opening passage of Chayei Sarah (Gen. 23) is the almost emotionless backdrop to the rather unceremonious death of the Jewish nation’s founding matriarch, Sarah.

But even more extraordinary is Abraham’s reaction. After making it through God’s final faith challenge, the binding of Isaac, Abraham returns to discover that his beloved wife has died.

Her death must have come as a terrible blow. Abraham had been promised by God that he and Sarah would proliferate into a multitudinous nation that would preside over the Land of Canaan. And yet here he was, an old man with an unmarried son living among Hittites unwilling to sell him a piece of land to bury his late wife, and then eventually agreeing to sell him a small plot in exchange for an extortionate sum of money.

Abraham barely had time to grieve; surely he must have felt resentful and bitter. He had given up everything for God amidst a host of glittering divine assurances; and yet he remained in a seemingly dead-end situation, more-or-less at square one.

Remarkably, it seems that Abraham did not feel bitter at all. Resilient to challenge, and impervious to disappointment, he carefully negotiated with Ephron the Hittite to secure a piece of land whose ownership could never be revoked, to ensure that his wife’s remains would never be disturbed.

He then dispatched his trusted servant on a mission to Haran to find a wife for Isaac, and at no time did he compromise on any of the details of his long-term agenda – to prepare the ground for God’s Chosen People to burst forth and become beacons of monotheism and true faith in a world that was drowning in darkness and meaningless distractions.

Abraham’s attitude has become the paradigm for Jews throughout our history. Despite being struck by countless tragedies and endless catastrophes over the past almost four thousand years, our response has never faltered. We get up, we dust ourselves off, we regroup, and we rebuild.

There is no time for recriminations, nor is there time for pointless diversions. Our primary directive remains unchanged, and therefore our reaction never varies – when confronted by shock and horror, we barely pause before reaching into ourselves for the inner strength that we need in order to revive and continue on our way.

Our duty in the wake of the Pittsburgh synagogue massacre is to emulate Abraham, and not allow ourselves to get distracted by nonsense. Our focus must be on doing everything we can to ensure our physical safety, and on increasing our commitment to the Torah and to God.

Allowing ourselves to be drawn into debates and controversies over any other subject or issue only allows our enemies to win, and if there is anything that we have learnt over millennia it is that the only thing our enemies want is our destruction and elimination.

Ultimately, whether they inflict that destruction on us, or whether we inflict it upon ourselves, makes not one iota of difference to them.

Photo: First lady Melania Trump, accompanied by President Donald Trump, and Tree of Life Rabbi Jeffrey Myers, right, puts down a white flower at a memorial for those killed at the Tree of Life Synagogue in Pittsburgh, Tuesday, Oct. 30, 2018. (AP Photo/Andrew Harnik)