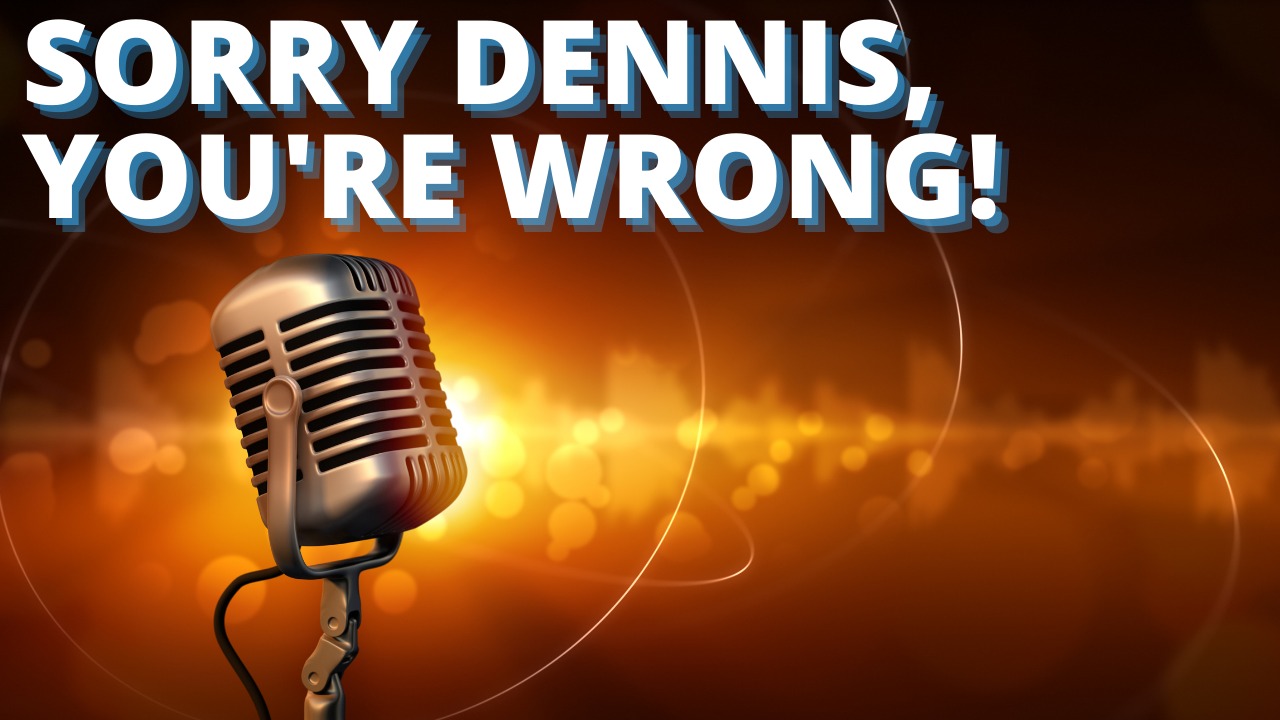 A couple of weeks ago, I wrote an article titled: “Being good is in our nature.” The underlying theme was that human beings are essentially good, with evil being the result of our animal impulses. This idea is hardly controversial; not only is it supported by Jewish sources, but it is also echoed by some of history’s greatest philosophers, both modern and ancient, as well as by recent scientific studies. Indeed, I cited some of these sources in my article.

To be clear, not everyone agrees, and there are prominent thinkers and even scientists who believe that humanity is irredeemably evil. But this has never been the Jewish view, neither mainstream nor fringe. So imagine my surprise when someone emailed me an article authored by Dennis Prager, in which he excoriated my column as “not merely wrong – it actually advances a thesis that is the opposite of what Judaism teaches.”

What? Had I read it wrong? Apparently I had not. His castigation was unyielding. “When a rabbi identified as ‘centrist Orthodox’ distorts one of the most important and normative ideas in Judaism, and is published in a major Jewish journal, we might be in trouble.”

Actually, I think that when a radio talk show host wades into territory about which he has scant knowledge, that’s when we might be in real trouble – and not the kind of rhetorical trouble that is merely an excuse to write an ill-informed article.

There is an added irony here. Being canceled by a bunch of trolls on Twitter is par-for-the-course in today’s world, but to be canceled by someone who was intimately involved with a documentary that critiqued cancel culture is incongruous, to say the least. The blurb for No Safe Spaces, a 2019 film which lists Prager as a contributor, talks about “students lashing out at any speaker brave enough to say something they disagree with,” behavior which Prager undoubtedly considers wrong. Well, Mr. Prager, perhaps you should practice what you preach.

But I digress. In his article, Prager states that “no Abrahamic religion — not Judaism, not Christianity, not Islam — asserts that people are basically good; this notion is a product of the secular age and a major reason for the moral confusion that characterizes our era.”

Well, he is certainly right about Christianity, as I explained in my original article. As to Islam – he might be right, I simply have no idea. But when it comes to Judaism, Prager is categorically wrong. There are certainly references in the Torah to humans being evil, such as “God saw how great was man’s wickedness on earth, and how every plan devised by their minds was nothing but evil all the time” (Gen. 6:5), and “the inclinations of man’s heart are evil from his youth” (Gen. 8:21) – but there is also a vivid counterpoint to these verses, in Ecclesiastes (7:29): עָשָׂה הָאֱלֹקים אֶת הָאָדָם יָשָׁר וְהֵמָּה בִקְשׁוּ חִשְּׁבֹנוֹת רַבִּים — “God created man perfect; it is they who have engaged in too much reasoning.”

Rabbi Avraham Isaac Hacohen Kook (1865-1935), the seminal Jewish thinker and kabbalist, who was the revered chief rabbi of Eretz Yisrael in the years leading up to the creation of the State of Israel, explains this seeming contradiction (see: Mussar Avicha, 1:1).

Everything good in man, and everything that can be defined as virtuous, exists from the moment of birth. Not that this means everyone is good throughout their lives, or that humans are incapable of evil. Rather, says Rabbi Kook, this means that the human soul is good by default, and it is the animal aspect which leads man astray. As a result of the encounter between the spiritual soul and the material world, our natural goodness can be undermined, and we might diverge from the good that lies within us. But goodness is the natural force, not evil.

This is what the verse in Ecclesiastes means: “God created man right,” and if we never gave in to “too much reasoning” – namely, self-serving rationalizations and self-justifications – our default will be good.

The Jerusalem Talmud (Ber. 3:5), in a stunning interpretation of the verse in Genesis which says that “the inclinations of man’s heart are evil from his youth,” explains that this means that only once a child has begun to explore the impure world does their soul become polluted by evil. Which is why each morning we each recite the blessing: “My God, the soul that you gave me is pure.” We know our soul is pure, and it is up to us to keep it that way.

So there you have it – Judaism falls firmly into the camp of those who see human nature as predisposed to goodness. But truthfully, Prager is never going to be satisfied by mere theology, and he will quite happily cancel Rabbi Kook in the same way that he canceled me. Because as far as he is concerned, “it is not possible to be aware of human history and to rationally maintain that people are basically good – for a Jew to believe such nonsense after the Holocaust is simply breathtaking; apparently, basically good people murdered six million Jews.”

Really? Is that it? Should all of humanity be judged by being compared to those who murdered Jews in the Holocaust, or on the basis of evil despots and vicious sociopaths? What a bunch of nonsense. For an intelligent person to even suggest such nonsense is simply breathtaking.

In reality, as numerous studies have shown, men and women caught up in war zones which require them to kill combatants, or which results in the killing of civilians, will invariably suffer from post-traumatic stress disorder (PTSD).

And it doesn’t stop there. In an astounding 2015 article for The Atlantic, journalist Maggie Puniewska interviewed Amy Amidon, a clinical psychologist at the Naval Medical Center in San Diego. Amidon revealed that veterans who were her patients described “another kind of trauma, a psychic bruise that… isn’t rooted in fear.” Instead, this trauma results from “experiences in which they, or someone close to them, violated their moral code: hurting a civilian who turned out to be unarmed [or] shooting at a child wearing explosives… Others are haunted by their own inaction, traumatized by something they witnessed and failed to prevent.”

How does this make any sense? But once we know that human beings are basically good, not evil, this trauma makes perfect sense. Morality and goodness underpin the human condition, even for those who are essentially hired killers, and although they are just doing their jobs, the soldiers’ inherent goodness finds itself at odds with what they are bound to do.

And, as Puniewska points out, this is not some kind of modern phenomenon. “Ajax, the titular warrior in Sophocles’ tragedy, ultimately commits suicide after spiraling into shame for slaughtering innocent animals; soldiers’ diaries from the Civil War expressed guilt and paranoia for feeling responsible for atrocities; and World War II airmen wrote in their journals about their remorse for bombing civilians.”

In the deepest recesses of our hearts, we are all good, good, good. Yes, we may err and occasionally fall foul of our own highest ideals and instinctive goodness – so much so, that even God may occasionally despair. But notwithstanding these failings and weaknesses, human beings are born good, and can remain so throughout their lives – and, for the record, nothing Dennis Prager says will ever change that fact.