SHIMON PERES AND THE MISTAKES OF OSLO 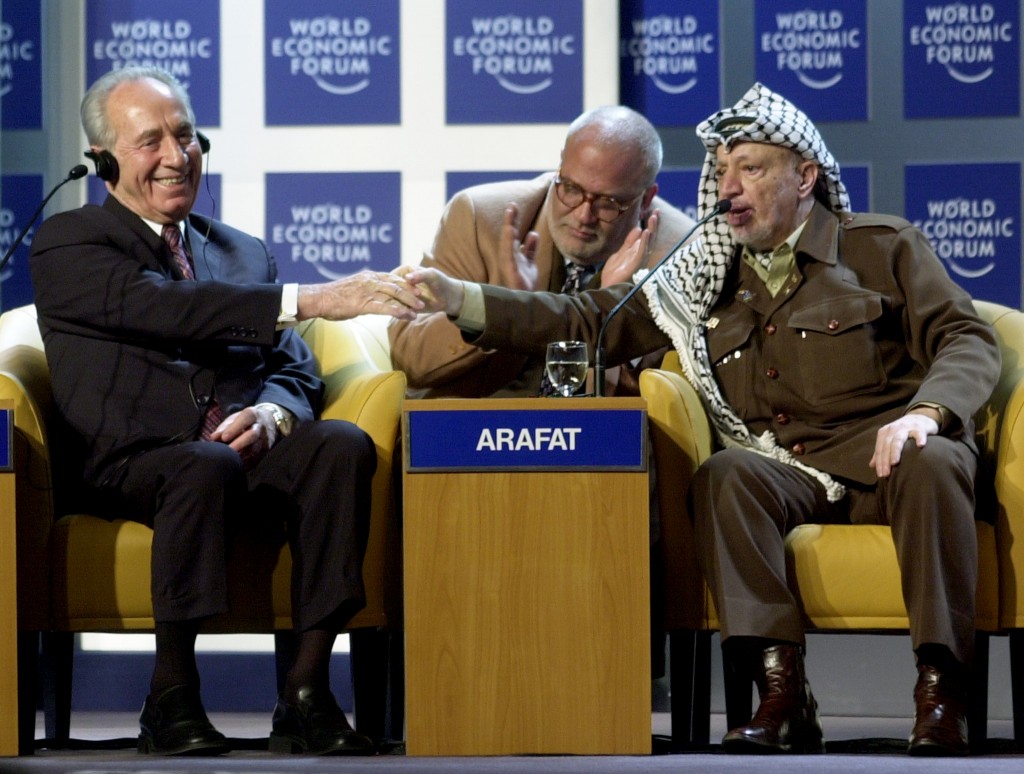 The news earlier this week that Shimon Peres had suffered a devastating stroke was greeted with shock and sadness across the board.

Onetime political rival, Prime Minister Binyamin Netanyahu, tweeted: “Shimon, we love you and the whole country is wishing you a speedy recovery.”

Ironically, it was exactly 23 years ago this week, on September 13, 1993, that Peres joined Yitzchak Rabin and Yassir Arafat on the White House lawn to formally sign the now discredited Oslo Accords.

I vividly recall those momentous handshakes and the euphoric feelings the moment engendered, and confess that at the time I was absolutely swept up by the notion of ‘peace in our time’.

The Oslo Accords are now universally acknowledged as a tragic mistake, even by those who were supportive of them at the time. Driven by hubris and wishful thinking, and influenced heavily by political considerations, the Oslo program, rather than initiating an era of peace and prosperity for Israel and its Palestinian foes, generated endless violence and destruction, mainly instigated and executed by Arabs against Jews.

Today’s reality is undoubtedly worse than it might have been had Oslo never happened, mainly because of the foolhardiness of trying to make peace with unrepentant terrorists who have no interest in peace, and who fervently deny any legitimacy for a Jewish national presence in the Land of Israel.

Oddly enough this week saw senior Israeli and Palestinian politicians met for the first time in over two years, in an attempt to relaunch the “peace process”. Israeli cabinet minister Tzachi Hanegbi told reporters he thought his meeting with Palestinian counterparts in Jericho had been successful, and had increased the chances of a “dialogue at the level of heads of states.”

I read those words and shuddered, although even as I did, I wondered why I have become so cynical about Israel’s repeated attempts to resolve matters with the Palestinians. After all, I don’t live in Israel, and consequently do not have to endure the pressures of terrorism and national military service, as well as the constant threat of war from Gaza and Lebanon. Surely it makes sense for Israel to expend every possible effort to find common ground with their enemies.

The meeting was organized to coincide with the visit of Japan’s deputy foreign minister, who is in the area to promote a Japanese-sponsored industrial park in Jericho that is expected to turn the city into an economic pipeline for the production and export of Palestinian products across the Arab world.

“For many years we have tried to convince our Palestinian neighbors to put all their energy into building their own livelihoods,” Hanegbi said, “but unfortunately, some segments of Palestinian society are still drowning in their own animosity toward Israel.”

It was the drop in Palestinian attacks against Israelis over recent months that paved the way for him to attend the meeting, and for Israel to consider further meetings, he added.

Without wishing to sound churlish, may I suggest that there is something drastically wrong with this approach. Israel should not be seeking out the Palestinians. It should be them knocking at Israel’s door. Time after time we have seen Israel’s efforts to reconcile end in disappointment. When will Israel learn that only when the Palestinians seek peace will there be any chance for peace to happen?

November 2017 will mark 40 years since President Anwar al-Sadat flew to Israel to initiate peace between his country and the Jewish State. That peace has lasted and has been a backbone of stability for both countries for decades.

The day Palestinian leaders do the same as Sadat will be the day that we can begin to anticipate a peace that is both real and enduring. This approach is not mine, nor did I read it in some obscure paper produced by a foreign policy think-tank. Rather it can be extrapolated out of an obscure statement made by a medieval rabbinical scholar.

Last week’s Torah portion contained instructions for the Jews to show no mercy to the Canaanite nations when they took over the land, and this week’s portion ends with the commandment to wipe out the nation of Amalek.

Despite the unequivocacy of these instructions, the notion of unconditional genocide sufficiently concerned medieval rabbinical commentators that it became the subject of a fierce debate. Rashi believes one can only grant mercy in an elective war, and as the wars against the Canaanites and Amalek were mandatory obligations, mercy could never be granted.

Ramban and Rambam both oppose Rashi’s view, and suggest that every enemy, even Amalek and the Canaanites, would be offered the choice to surrender, as long as they agreed to observe the Noahide laws and live under Jewish dominion.

Commenting on Rambam’s position, R. Abraham ben David of Posquières (Rabad) accuses him of committing an egregious error, אֶלָא שֶיָכוֹל לוֹמַר הַשְלִימוּ לְקַבֵּל הַמִצְווֹת – “as they can say we will make peace by accepting the commandments.”

But his rebuff is confusing, as he seems to be saying exactly the same thing as Rambam. In reality, however, Rabad’s rebuttal is clarity in concision; in a few short words he tells us how Rambam was mistaken to suggest that Amalek and the Canaanites, whose enmity towards Jews meant that they had to be hit first and without mercy, should ever be offered the hand of peace. Only if they sued for peace of their own volition should reconciliation with them be considered. It would be up to them to “say” it, not up to the Jews to offer it as an option.

So while we all join in wishing Shimon Peres a speedy recovery, all those, like him, who wish to see peace in Israel, would do best to wait until the enemy reaches out to them before embarking on any new peace initiative. The other way around, as we have seen, will never work.

(Shimon Peres died on September 28, 2016, two weeks after this article was written)