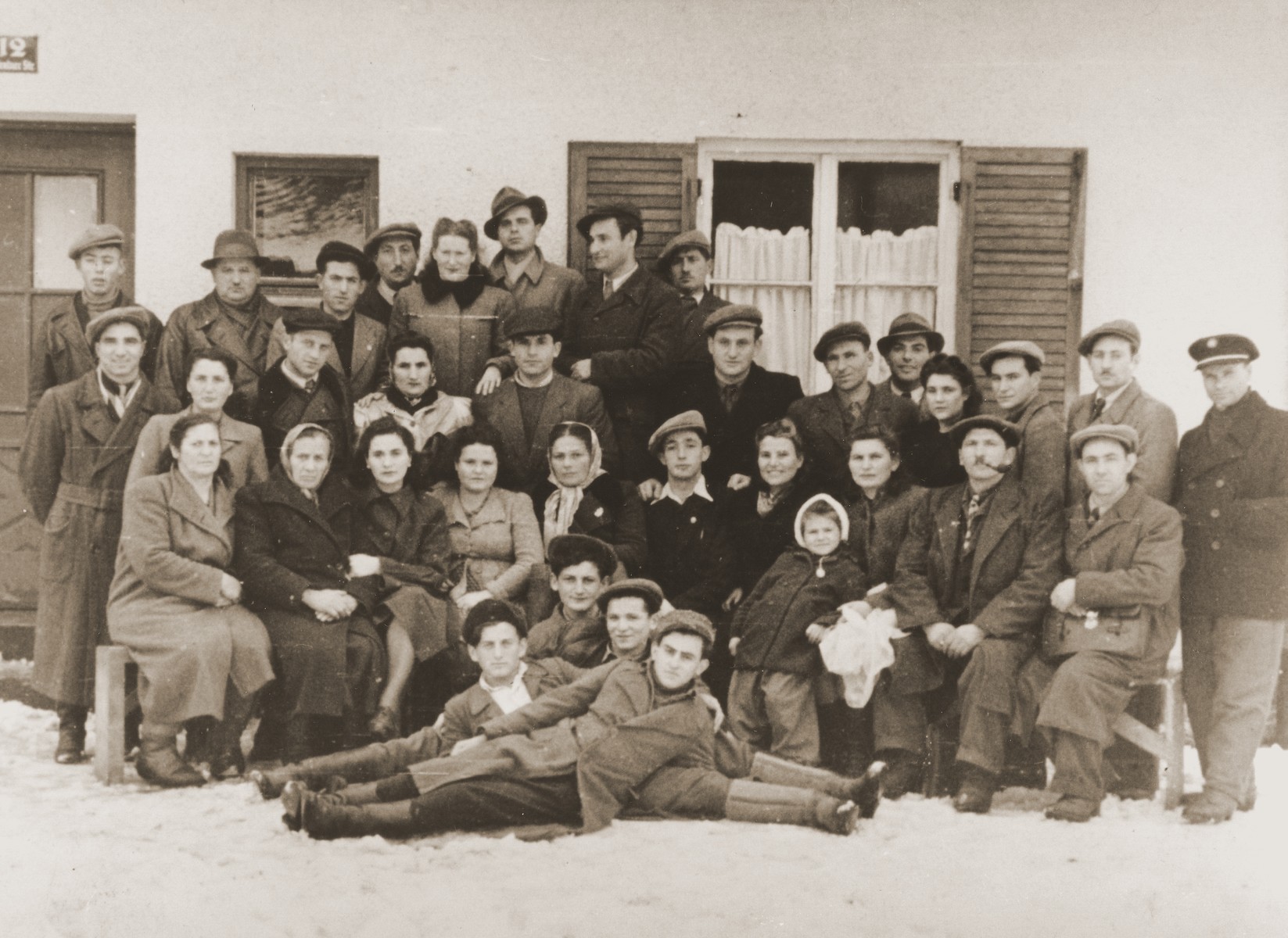 Earlier this week Jack Kagan passed away in London, at the age of 87.

I don’t imagine you’ve ever heard his name. He was an unassuming man who lived most of his life in North London, although he was born and grew up in Novogrodek, a tiny town in Belarus.

Before the Second World War, Novogrodek was known as Novardok, and was home to a thriving Jewish community as well as one of the most significant yeshivot in Eastern Europe.

In September 1939, following the infamous Molotov-Ribbentrop Pact between Nazi Germany and the Soviet Union, Russian troops marched into Novardok, and deported thousands of the local residents to Siberia.

Jack and his family were spared Siberian exile, but their luck ran out when the Nazis invaded the Soviet Union in the early summer of 1941, and overran Novardok. The Kagan home was destroyed, and they were rounded up and herded into a ghetto along with the rest of the Jewish community.

On July 26, 1941, the Nazi Jew-killing in Novardok began in earnest. Fifty-two Jews were gunned down in the town center while a Nazi orchestra played Strauss. A few months later 5,000 Jews were taken to pits just outside the town and shot dead. Jack was not killed in the massacre; instead he was thrown into a horrific local labor camp.

In 1943, after witnessing thousands of Jews dying or being murdered by the Nazi genocide machine, Jack and his friends mounted a daring escape via a tunnel they had been secretly digging for months, and then fled to the local forest where they joined the notorious Bielski partisans.

Formed by the extraordinary Bielski brothers, the Bielski partisans successfully resisted the Nazis and survived the war, in the process saving over 1,200 men, women and children. Their story would later be made famous by the Hollywood movie Defiance, starring Daniel Craig.

After the war was over, Jack left his birthplace and eventually ended up in London, where he married and had three children, and where he remained for the rest of his life. He became a stalwart member of his local synagogue, and an active member of London’s wider Jewish community.

What was most incredible about this humble survivor, whose family was mercilessly slaughtered, and who endured suffering and hardship beyond our worst nightmares, was his simple faith and his unwavering dedication to Judaism and to his proud roots in Novardok.

In the Torah portion of Vayeishev, we read about Jacob’s family troubles, and the initial events that resulted, ultimately, in the Jewish nation’s slavery in Egypt. Joseph and his brothers were unable to get along, leading to Joseph’s kidnapping and sale into captivity. Reading the story of our nation’s founding family in crisis is agonizing, and we desperately try to make sense of it, and to find merit in the actions of the various protagonists.

The spotlight is mainly on Joseph. After arriving in Egypt, alone and totally remote from anything familiar, this former favorite son of a wealthy family is about as disadvantaged as a person can be, with no rights and no material security, and with absolutely no training to help him deal with such a crisis.

Despite these handicaps, he thrived, becoming the head of his master’s household (Gen. 39:2):

וַיְהִי ה’ אֶת יוֹסֵף וַיְהִי אִישׁ מַצְלִיחַ וַיְהִי בְבֵית אֲדֹנָיו הַמִצְרִי  “God was with Joseph, and he was successful, and he was in the house of his master, the Egyptian.”

Puzzlingly, this verse duplicates the Hebrew word “vayehi” three times – the first time with reference to God, the second and third times referring to Joseph. Grammatically, the third “vayehi” could be folded into the second one, prompting the question: why the repetition?

As it turns out, the message contained in this repetition is extremely powerful, identifying a crucial ingredient of faith. Some people only find God in challenging circumstances but abandon Him when things improve. Others relate to God when they are successful and their lives are easy, but find faith difficult when things turn tough.

Joseph’s relationship with God was unaffected by life’s events. When life was good he felt close to God, and when he was in testing circumstances, God also remained central in his life. His connection to God was constant, unaffected by what was going on around him.

The wording of the verse now reads perfectly, and the repetition is explained. Joseph had God when he was successful, and equally so when he was the disadvantaged slave of his Egyptian master.

Jack Kagan, like so many other Holocaust survivors – a group that is rapidly and very sadly dwindling away – was not just an inspiration because of the horrific experiences he endured during the Shoah. He was inspiring for the fact that his faith never faltered, neither in good times, nor in bad.

This, too, is the message of the festival of Chanukah. The downtrodden Jews of Judea who were victorious against the unbeatable might of the Greek occupation immediately celebrated victory by finding a container of uncontaminated ritual oil, declaring their faith in God by lighting the Temple Menorah.

Theirs was a constant faith – like Joseph’s, and like Jack Kagan’s. It had not been extinguished by suffering under the Greeks, nor discarded following their successful military campaign against their antagonists.

And that is the way a Jew must be – always conscious of and engaged with God, and with the obligations that go with that consciousness, notwithstanding personal circumstances.

Whether flying high or down in the dumps, the common denominator must always be to stay focused on the fact that our relationship with God is the primary reason for our existence.