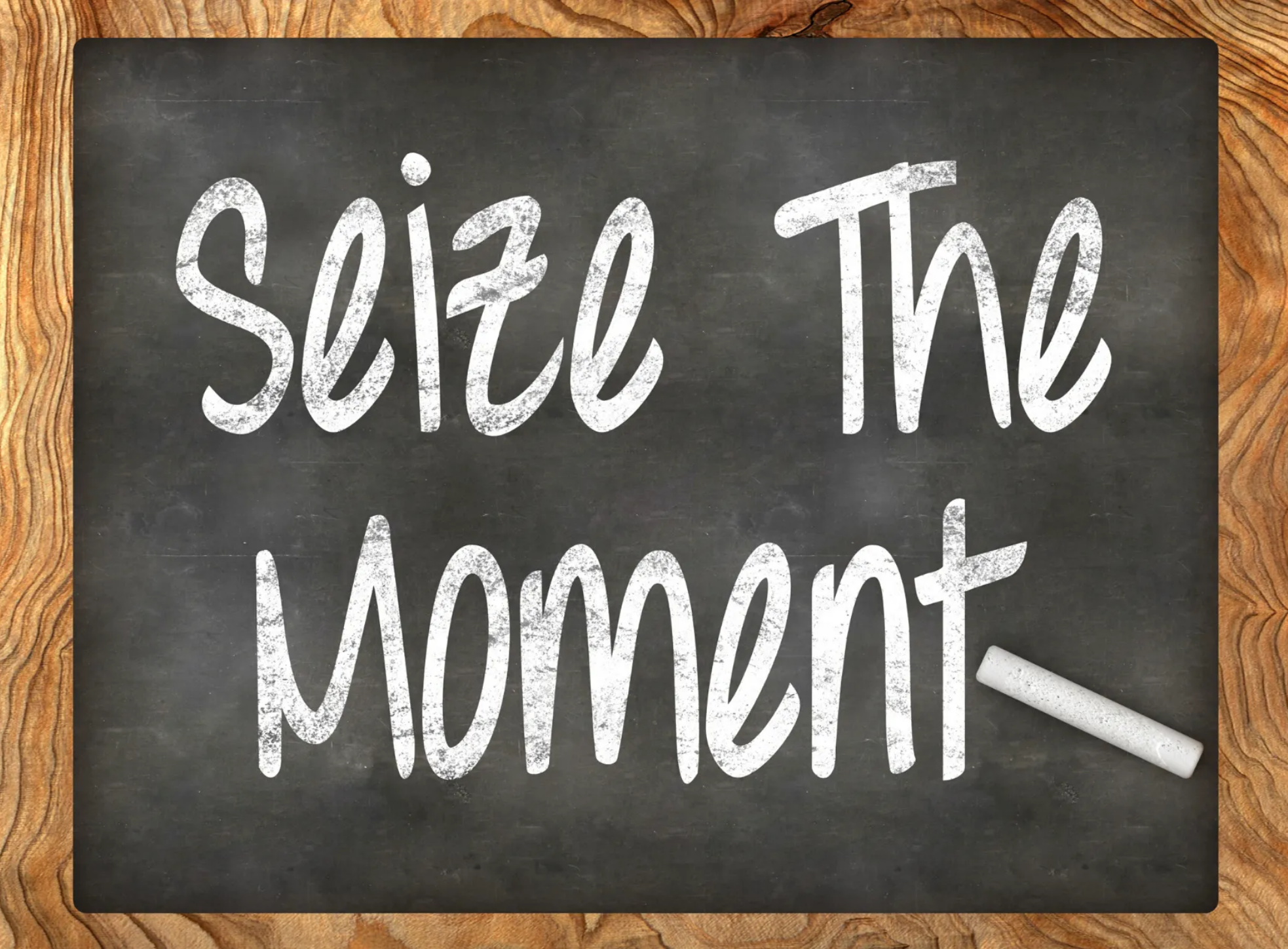 “Seize the moment – remember all those women on the Titanic who waved off the dessert cart!”

I absolutely love that quote, not just because it rings so true, but because it comes from Erma Louise Bombeck (1927-1996), the working-class girl from Ohio who seized every moment and opportunity she ever encountered, becoming one of America’s most beloved and widely read syndicated columnists as well as the bestselling author of 15 books.

What Erma’s millions of readers never knew until shortly before she died, was that she suffered from an incurable genetic condition, polycystic kidney disease, undergoing daily dialysis for decades, and eventually succumbing to the disease as a result of complications following a kidney transplant.

Each day of her life could have been her last, and yet she built an incredible career for herself and never stopped planning for a future that by any objective standard was highly unlikely.

Often, behind an inspirational success story lies a life trajectory whose protagonist never considered complacency or smug self-satisfaction an option. Steve Jobs (1955-2011), the legendary founder of Apple Inc., loathed formal education and famously dropped out of college after the first semester. But truthfully, that is not the whole story.

While it is certainly a fact that he was dismissive of academic impositions, even after he dropped out of college he still continued to attend the classes that interested him. Remarkably, one of those classes was calligraphy. He later revealed that had he not continued to attend this particular college course, “the Mac would have never had multiple typefaces or proportionally spaced fonts.”

What strikes me most about a young Steve Jobs attending calligraphy classes, is that he spotted the opportunity and value in calligraphy when it had no value to him, long before he had even considered the concept of Macs. He just knew, instinctively, that typefaces and spaced fonts would one day be important, so he went for it.

And this idea chimes beautifully with a fascinating Midrash on Parshat HaMan (Ex. 16:4-36) – the chapter that introduces us to the miraculous food which sustained the nascent Jewish nation during their sojourn in the Sinai wilderness.

According to the Midrashic narrative, the first time the manna came down to feed the nation, it landed together with precious gems and diamonds. The Midrash informs us that the “great ones of the nation” took these precious stones and diamonds when they collected their portion, while the ordinary folk only took the actual manna.

Frankly, at first glance this vignette seems rather fanciful, and appears to fly in the face of human nature. After all, who wouldn’t pick up diamonds and gems for nothing when they’re offered the opportunity?

Rabbi Michel Twerski of Milwaukee has a very smart insight into the unique economic conditions experienced by the Jewish nation while they resided in the wilderness. For forty years, there was a society that functioned fully and successfully without any of the ordinary demands every human being in history has been faced with. Everything they could possibly have needed was provided for them on tap. They had food; they had water; they had protection; and their clothing never wore out. Moreover, their health was guaranteed, and their spiritual and community needs were totally taken care of.

Why would anyone ever think to pick up precious stones if they already have everything they need – and will continue to have everything they need for the foreseeable future? It was for exactly this reason that the masses simply ignored the diamonds and gemstones that had landed alongside their manna, having decided – not without reason – that there was no immediate purpose for them, and that they were therefore useless, without any value whatsoever.

Meanwhile, the “great ones of the nation” understood only too well that life is never just about present conditions, and that consequently, it would be foolish not to seize the opportunity that was in front of them, however pointless it may have seemed to others at that precise moment.

With the kind of sixth sense that great people always seem to have, these individuals instinctively understood that at some point they would need to build a Mishkan, and when they did, these beautiful stones would enhance some aspect of this important edifice. They were absolutely right, for as it turned out a range of gems were used to decorate the priestly vestments.

The lesson of this Midrash is that anyone who acts complacently in good times is demonstrating short-sighted hubris. Throughout human history it was always those people who acted when others didn’t – the ones who spotted an opportunity in a situation that everyone else was aware of but were too lazy or indifferent to do anything about – who were ultimately trailblazers and leaders.

Great people are the individuals who seize the moment, particularly when others find every reason to push off that moment, or choose to simply ignore it.

The author of the bestselling book, The Greatest Salesman in the World, Og Mandino (1923-1996), put it this way: “Opportunities, many times, are so small that we glimpse them not – and yet they are often the seeds of great enterprises.”

Or, in the wise words of Warren Buffet: “Someone is sitting in the shade today because someone planted a tree a long time ago.”