RESPONDING TO THE CRIES 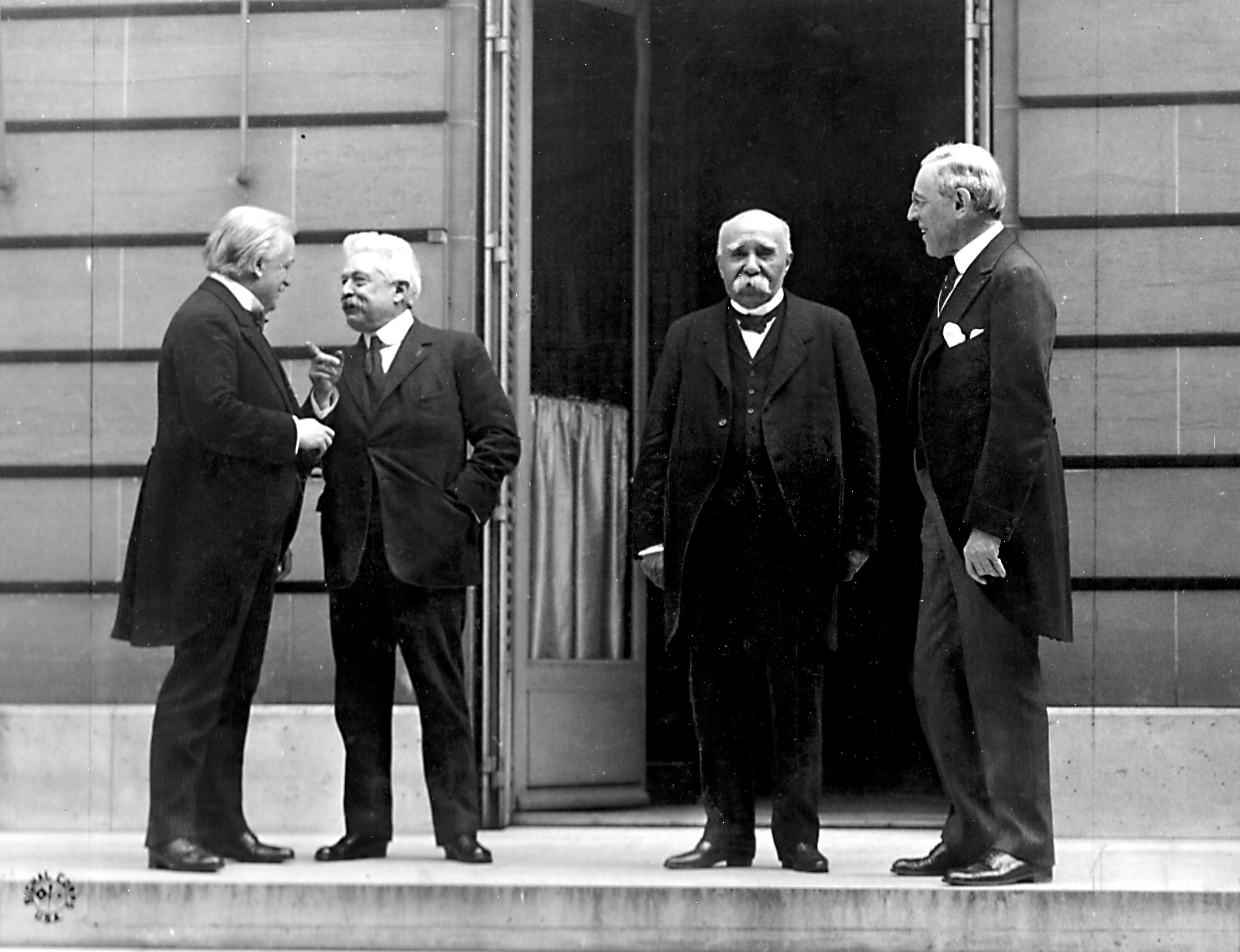 Last Sunday, officials from seventy countries gathered together in Paris for a one-day conference to discuss the future of the moribund Middle East Peace Process.

In light of the grandstanding claims by contemporary politicians and opinion formers that our era is post-Imperialist and post-Colonialist, the most remarkable aspect of this event was the absence of the two parties directly affected by its conclusions – Israel and the Palestinians, although the Palestinians were well represented by most of the delegates at the conference, who it seemed were mainly concerned for Palestinian interests.

The most remarkable aspect of the absence at the conference of the actual parties to this dispute is the fact that this conference marks a regression in international diplomacy when compared to a remarkably similar international conference that took place in Paris almost exactly 98 years ago.

In February 1919, in nearby Versailles, borders were redrawn and countries formed by the various nations who had recently won the First World War. But the diplomatic representatives of these nations, schooled as they may have been in the discredited foreign policy doctrines and strategies of a bygone age, and despite the fateful decisions they were to make that presaged the carnage of World War Two, were not so foolish as their counterparts would turn out to be in 2017, and conducted their deliberations only after hearing directly from the residents and stakeholders of the territories under discussion.

And to think – they were the Imperialists and the Colonialists!

Each national group with an independent territorial claim had its own delegation at the Versailles conference – which, ironically, was also known as the ‘Paris Peace Conference’ – and each delegation was given the opportunity to present its case.

Indeed, it was at Versailles that a Jewish delegation, headed by Lord Rothschild, Nachum Sokolow, and Chaim Weizmann, formally presented its national aspirations to the nations of the world for the very first time in almost two thousand years. It almost goes without saying that a parallel Jewish delegation was there to present an alternative perspective in an attempt to undermine the Zionists fighting for the creation of a Jewish State. But that is a story for another time.

It certainly did not occur to the international statesmen who presided at Versailles that the final borders and conditions for the establishment of national territories would be determined without the involvement of the affected parties. So much for progress in international affairs!

The greatest irony of all is that the inequitable handling of Jewish related matters is a narrative that stretches back to the dawn of our history. In the Torah portion of Shemot, we begin to read about the origins of Jewish nationhood. A new Pharaoh decides to enslave the Jews in ancient Egypt because, as he says to his advisors and friends, the Jews might one day pose a threat to Egypt if they found themselves at war with foreign invaders.

That he was willing to impose such draconian measures based on unfounded far-fetched prognostications was a shameful act only compounded by the exclusion of the Jews from any involvement in the discussion.

Time after time Jews have been mislabeled and subjected to ludicrous accusations without being offered the chance to respond. Christ-killers, anarchists, greedy capitalists, traitors, anarchists, revolutionaries, spies, and rootless cosmopolitans – you name the collective ‘crime’, and at some point in our history we have been in the frame.

And the modern era is no different – Jews & Israel remain at the top of the list of international criminals, charged with undermining world peace, mainly for having the audacity to build houses on land that has been associated with Jews for thousands of years.

The absurdity of this particular ‘crime’ defies explanation. Why should Jews wait until the Palestinians decide to face the reality of their situation before moving forward? After all, in which other country in the world is the ability to build residential neighborhoods impeded by the unreasonable aspirations of a disgruntled minority who accompany their grievances with violence?

Everyone knows Israel is not to blame for the current situation. Using the construction of ‘settlements’ as the excuse to vilify Israel, when it is clear nothing would be resolved even if settlement construction ended tomorrow, is beyond injustice.

The liberation of Jews from Egypt and the emergence of a Jewish nation was predicated on a covenant made by God that the Land of Israel belongs to the Jewish nation, as He explained to Moses (Ex. 3:8):

God’s encounter with Moses at the Burning Bush only took place after He heard the “cries” from a nation in “pain”. Until that point it seems the nation had been willing to go along with the indignities imposed on it by the Egyptians, and to suffer in silence. The change in circumstances only came about after the Jews called out for help.

When we can hear a powerful statesman like Secretary of State John Kerry declare that the choice for Israel is either to be Jewish or democratic, but not both – notwithstanding anything else he may have said – and we say and do nothing to counter such a travesty, we become complicit in our own demise.

If we can witness a ‘peace’ conference where the foreign policy underdog in the equation – Israel – is maneuvered out of participating – notwithstanding the ultimate failure of the conference to achieve anything at all – and we say and do nothing to protest such a travesty, we become complicit in our own demise.

If we wish for God to send us a Moses in the shape of the Messianic redeemer, we must raise our voices in protest and prayer, proclaiming our pain and discomfort, and demonstrating our deep attachment to our land, to our faith, and to our heritage, so that no matter how hardened Pharaoh’s heart may be, our destiny will prevail, and our nation will be triumphant.