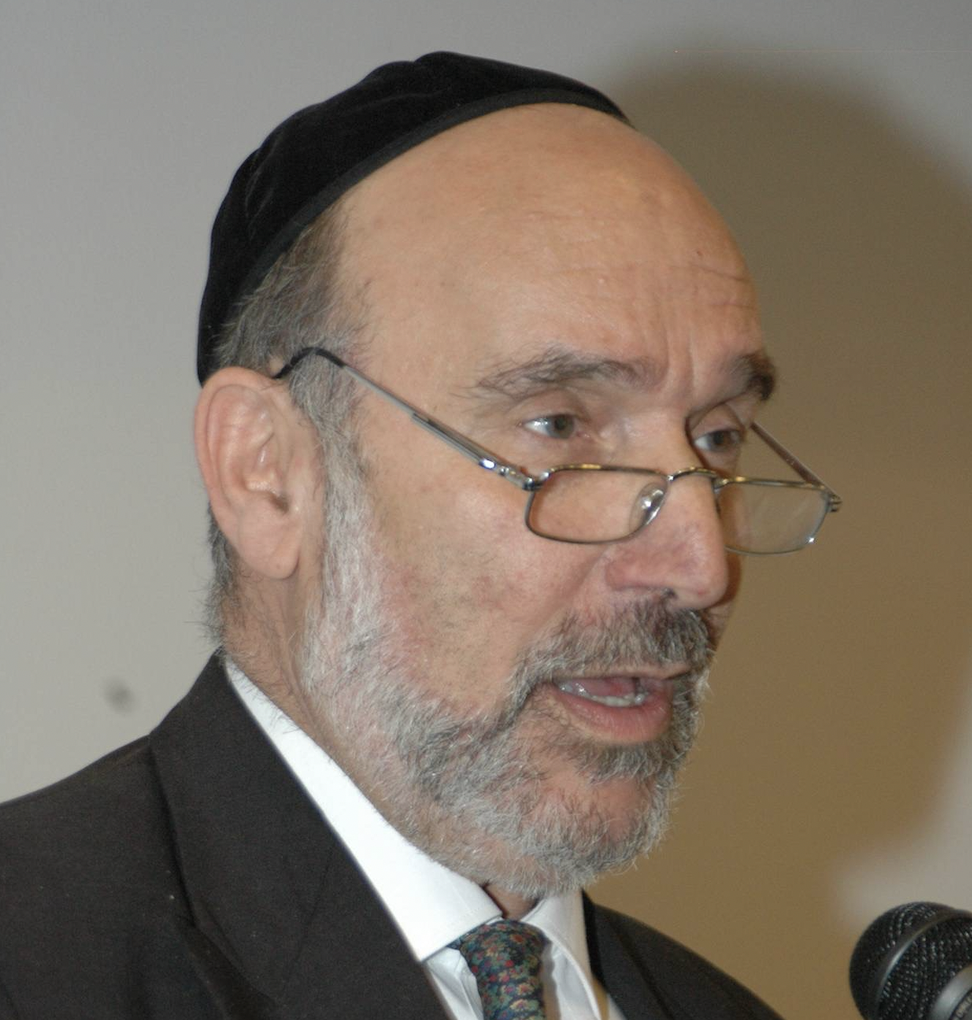 This week marks 10 years since the passing of my dear father, Avraham Moshe ben Yosef Tzvi HaLevi z”l, at the age of 73.

Known universally as “Aba” Dunner, my father’s last few years were marked by debilitating sickness and various personal tragedies. But notwithstanding every challenge that came his way, until the final weeks of his life no hurdle seemed to hold him back, and his incredible workload of communal activism and involvement in a dazzling array of activities continued almost uninterrupted.

A week ago, my father’s second wife Charlotte – who took such good care of him during his last years – initiated a WhatsApp group of his family, friends and admirers, and asked us to share photos and stories, and to reflect on my father’s life now that 10 years have elapsed since he passed.

The range of photos and messages has been heartwarming. My father was a larger-than-life character who touched the lives of thousands of people, often in ways he was probably unaware of. One particular message on the group, from a woman who lived near him in London, is a perfect example:

“One Yom Kippur I was walking to shul with my children, and we met Aba on the corner of our road. We stopped to wish each other Good Yomtov, and I randomly told him that it was my daughter’s birthday that day. He enquired how old she was, and on hearing that she was 5, bent down and shook her hand very formally, to wish her a proper happy birthday.”

I absolutely love that story. It was Yom Kippur, when we all have other things on our minds, but my father’s sensitivity towards a little child – who was likely upset that her birthday celebrations had been supplanted by a religious holiday, and Yom Kippur to boot – took precedence over any other concerns. And his birthday greeting to her that day clearly made a strong impression. Decades later she and her mother can still clearly remember his thoughtfulness. As my father’s lifelong friend, Rabbi Dovid Refson, explained to the group, “Aba had the ability to truly empathize with everyone he met, to get into their heads, and to feel their pain and their joy.”

But my father did not just excel at microlevel one-on-one interactions – he was utterly unique in his macrolevel work for Jewish communities at home and abroad. He personally arranged for the construction of dozens of mikvahs in former Eastern Bloc countries after Jewish community life revived in those countries post-1990. He hired rabbis; arranged for their salaries; founded schools, yeshivas, seminaries, and kollels; reopened synagogues that had remained shut for years; protected cemeteries from desecration; negotiated with local governments and national governments to ensure that Jewish community life could thrive in every conceivable European country – from Bulgaria to Portugal, and from Kazakhstan to Sweden. And all of this was just in the last 20 years of his life.

No task was too insignificant, and no project was too overwhelming. More often than not my father would use his legendary charm and spirited humor to get things done – but when all else failed, he would fearlessly challenge those who stood in his way. As his colleague, Rabbi Moshe Lebel of the Conference of European Rabbis, put it: “Aba would always lighten the atmosphere with his quick wit, but I was amazed that when we visited leading rabbis of the Jewish world, or when the traditional interpretation of Jewish law was being debated, he could roar like a lion for the Torah truth.”

What I remember most about my father is his devoted love and support for his family, his insatiable curiosity, and his boundless energy and industry. His days started very early in the morning and continued late into the night. He traveled constantly, always taking the earliest flights out and the latest flights back, so that he could pack in as much work as possible wherever he was going.

My father’s list of achievements over his five decades of working life would have exhausted a dozen active people, and yet he was forever ready to take on something new, or to help someone else. Most impressive of all was the fact that he wore his heavy work schedule so lightly, and always had time for a schmooze, or to share a joke or an amusing anecdote. I constantly marveled at the fact that he was always ready for action – long after those alongside him had flagged and were ready to call it a day.

There is a verse in Parshat Balak open to dual interpretation that perfectly lends itself to this unique aspect of my father’s personality. In the midst of his curses-turned-blessings, the gentile prophet Balaam offers the following observation about God’s view of his chosen nation (Num. 23:21): לֹא הִבִּיט אָוֶן בְּיַעֲקֹב וְלֹא רָאָה עָמָל בְּיִשְׂרָאֵל – “He perceives no iniquity in Jacob, and sees no perversity in Israel.”

The Hebrew word for perversity is Amal, which can also be translated as “toil”. In his message to the WhatsApp group about my late father, Rabbi Refson noted a characteristic which was utterly exceptional – he was determined “to find the positive in everyone he encountered and to find ways of assisting them in whatever way they felt was necessary.”

We all know only too well that when we desire something, and are consumed by that desire, nothing can stop us in our pursuit of getting what we want. Perhaps this explains Balaam’s prophecy, using the alternative translation of Amal: if one perceives no iniquity in our fellow Jacob, and our only desire is to find ways of assisting them and achieving their needs, then no amount of work that we do for them will ever be considered toil or could tire us out.

My late father’s life is an example to all of us of what one person can achieve in the short years we are given to do the kinds of things that make life more than just a daily grind. And the more we do for others with good cheer and by seeing the good in them, the more we will be able to achieve overall. The proof of Balaam’s prophecy is right there, in the story of my father’s incredible life. May his memory be a blessing.