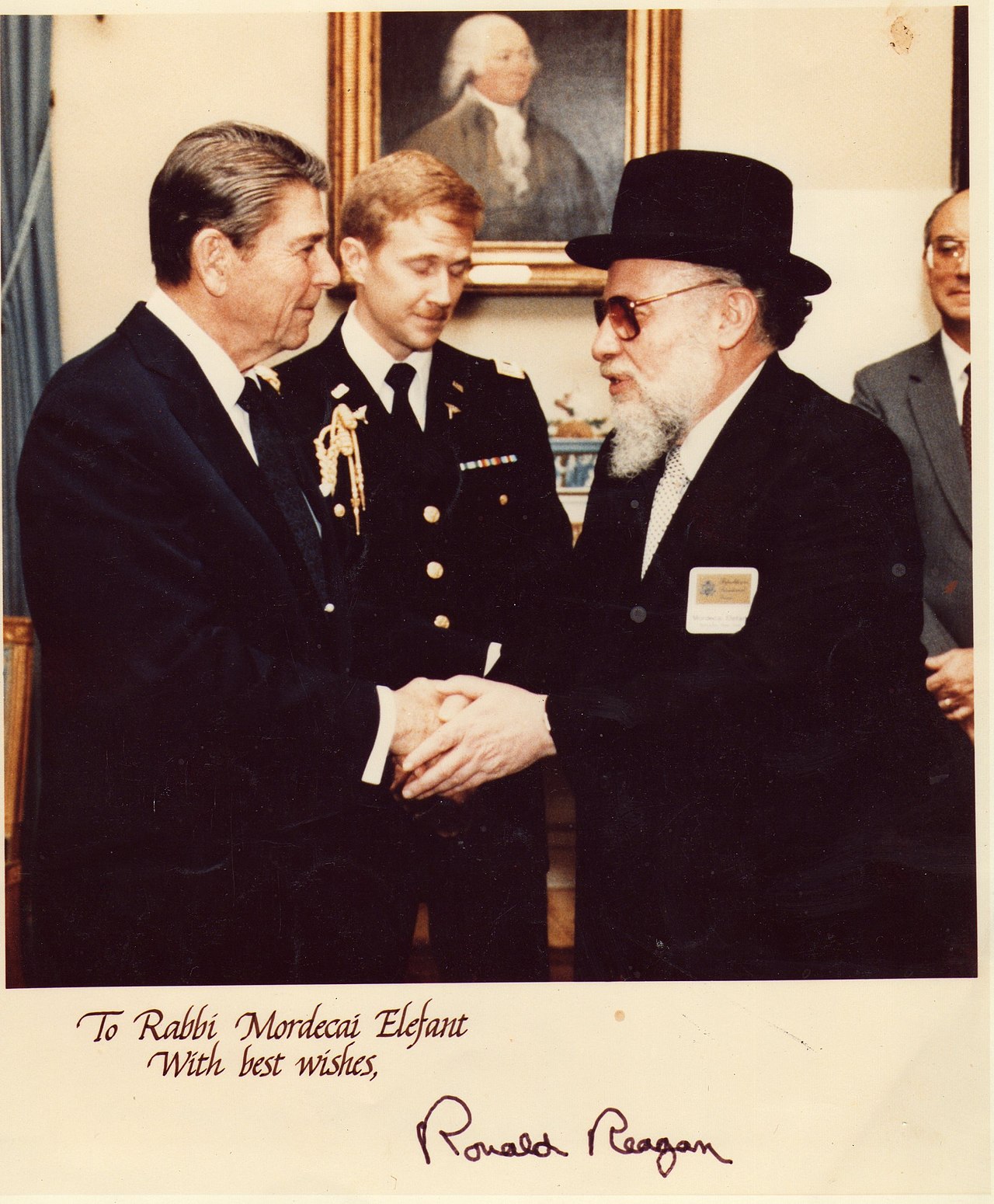 Rabbi Mordechai Elefant (1930-2009) was one of the most colorful rabbinic educators of the twentieth century. Born in Brooklyn during the height of the Great Depression, he studied with some of the greatest rabbis of prewar Europe to have survived the Holocaust and moved to the United States, including Rabbi Kotler and Rabbi Arye Leib Malin.

In 1956, Rabbi Elefant moved to Israel together with his w Goldie, nee Herman, whose grandfather inspired the inspirational book “All For The Boss“. There he was influenced by Rabbi Yitzchok Zev Soloveitchik — the “Brisker Rov” — with whom he studied one-on-one.

During the 1960s Rabbi Elefant set up Israel Torah Research Institute, better known by its acronym: ITRI, which was one of the first yeshivas in Israel specifically established to cater for American and other non-Israeli Talmud students.

After the Israeli government gave him a former Mandate-era British hospital that had later been turned into a Jordanian Army base in Beit Safafa, south-east Jerusalem, Rabbi Elefant took ITRI to new heights, and it became one of the premier Talmud learning centers in Israel.

In later life, Rabbi Elefant suffered from chronic health issues, and when he died, in November 2009, he had been out of public view for many years. At some point during those last years, he dictated these very candid memoirs, full of episodes that do not easily resonate with his public position as a distinguished rabbinic luminary. To date, the memoirs have not been published, and it is unlikely they will ever be published without careful vetting and editing. Nevertheless, Rabbi Dunner reproduces the memoirs here in full, without comment, nor any change from the original freestyle delivery of the author.

Rabbi Dunner studied with Rabbi Elefant during the late and maintained a close personal relationship with him right up until the end of his life. Indeed, Rabbi Elefant spoke at Rabbi Dunner’s wedding, where he sat next to his old fellow-student from Lakewood Yeshiva, Rabbi Shlomo Carlebach, resulting in his sardonic observation that Rabbi Carlebach had been the sharpest student in Lakewood “besides for me!”