PROXIMITY TO THE RIGHTEOUS 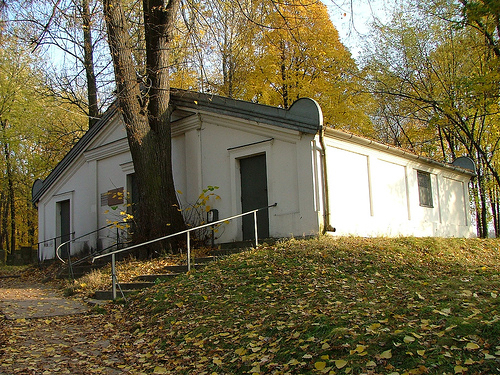 Next week, thousands of Jews from all over the world will travel to the sleepy town of Lezajsk, Poland.

The travelers are all pilgrim visitors to the tomb of the eighteenth-century founder of Polish Hasidism, Rabbi Elimelech Weisblum (1717-1787), whose yahrzeit (death anniversary) is on 21 Adar, exactly one week after the festival of Purim.

The Hasidic branch of Judaism, founded by Rabbi Israel Baalshem of Medzhybizh (1698-1760), originated and flourished in Western Ukraine, particularly after it was popularized by Rabbi Israel’s devoted disciple, Rabbi Dov Baer of Mezhirichi (d.1772).

In general, mainstream Jewish leadership rejected the mystical doctrines of Hasidism as too radical, and even as heresy. But the Jewish grassroots largely embraced the warm spirituality of Hasidic theology, which offered a counterpoint to the rigid academic traditions and intellectual snobbery that had dominated European Jewish community life for centuries.

Poland was at the center of this traditional approach to Judaism, and Rabbi Elimelech was a pioneer, bringing the vitality of Hasidic passion for the seemingly mundane aspects of Judaism into the heartlands of Polish Jewry, which resulted in Poland becoming the focal point of the Hasidic revolution in Jewish life that continues to reverberate today.

Next week, visitors to Lezajsk (pronounced “Lizhensk”) will deposit paper notes inscribed with their names at the Rabbi Elimelech’s gravesite, and will also pray in proximity to his last resting place, hoping that infusing his inspiration into their prayers will see their innermost aspirations crystallized.

Appropriately, Rabbi Elimelech emphasized the importance of a tsaddik (“righteous one”) as an essential component of an enduring Judaism. A tsaddik can best be defined as an elevated soul who helps ordinary Jews connect to the Divine by acting as a kind of mediator, offering access to God in the spiritual sphere, and also in all other aspects of one’s daily life.

This refreshing idea was just one of many ideas set out by the “Tsaddik of Lizajsk” in his seminal work, Noam Elimelech (“Graciousness of Elimelech”), first published in 1788 by his son Eliezer Lipman, and republished dozens of times since.

Rabbi Elimelech used this fascinating doctrine to illuminate a particularly troubling anomaly in what is certainly the best-known challenge to the concept of a personal God, namely the apparently unfair suffering of the righteous, and the abundant success of sinners, in spite of their sinful lives.

The Talmud (Berakhot 7a) informs us that Moses made three requests of God, one of which was for God to explain how He manages the world, a request that was granted, at least according to the majority opinion quoted in the Talmud.

Puzzlingly, the Talmudic sage Rabbi Meir appears to disagree with this majority opinion, and to reject the idea that God responded to Moses’ request. In his minority opinion, this verse means that God will reward even those who do not deserve to be rewarded.

Step in Rabbi Elimelech of Lizajsk, who explains that the disagreement between Rabbi Meir’s minority view and the majority view has nothing whatsoever to do with the obvious meaning of the verse. Evidently, if someone righteous suffers, even when such suffering appears unfair; or if the wicked prosper, even if the prosperity seems undeserved; there is a reason that broadly accords with the majority view explanation found in the Talmudic discussion.

Rather, he suggests, Rabbi Meir is addressing the anomaly of those who are truly undeserving, but nonetheless seem to have blessed lives. This unwarranted blessing is only made possible through their proximity to a true tsaddik, who is a beneficiary of abundant blessings, not all of which are for that tsaddik’s personal benefit.

Righteous individuals who personify God’s presence through their conduct and example are conduits of blessings to the world around them, and those blessings permeate every aspect of their lives. Included in this are the lives of those who are associated with them, even if they are not fully worthy themselves. By finding a spiritual mentor who inspires and advances their connection to God, they become the beneficiaries of blessings beyond their own merits.

The flip side of this coin is equally true. Those who distance themselves from the righteous, or worse still, denigrate and humiliate them, are not only missing out on blessings-by-association, but are also exposing themselves to the dangers of their own iniquities, most pointedly by disparaging those whose behavior embody righteousness and godliness.

Perhaps in their own self-contained lives they are paragons of perfection, but this is only one part of the equation. The other side of the equation is going to reflect their relationship with a spiritual guide, a relationship that can determine blessings or the contrary in a way that will often seem counter-intuitive if this is not taken into account.

It is precisely this idea that inspires thousands of people to visit Rabbi Elimelech’s tomb more than 230 years after his passing. Paying tribute to a true tsaddik is not something that comes to an end when the tsaddik is no longer alive.

The blessings such a tsaddik has accumulated continue to be available to those who recognize his greatness, and who understand that true righteousness is a rare and valuable commodity, to be cherished by those who on their own might sink and flounder.