ON THE PASSING OF A TITAN 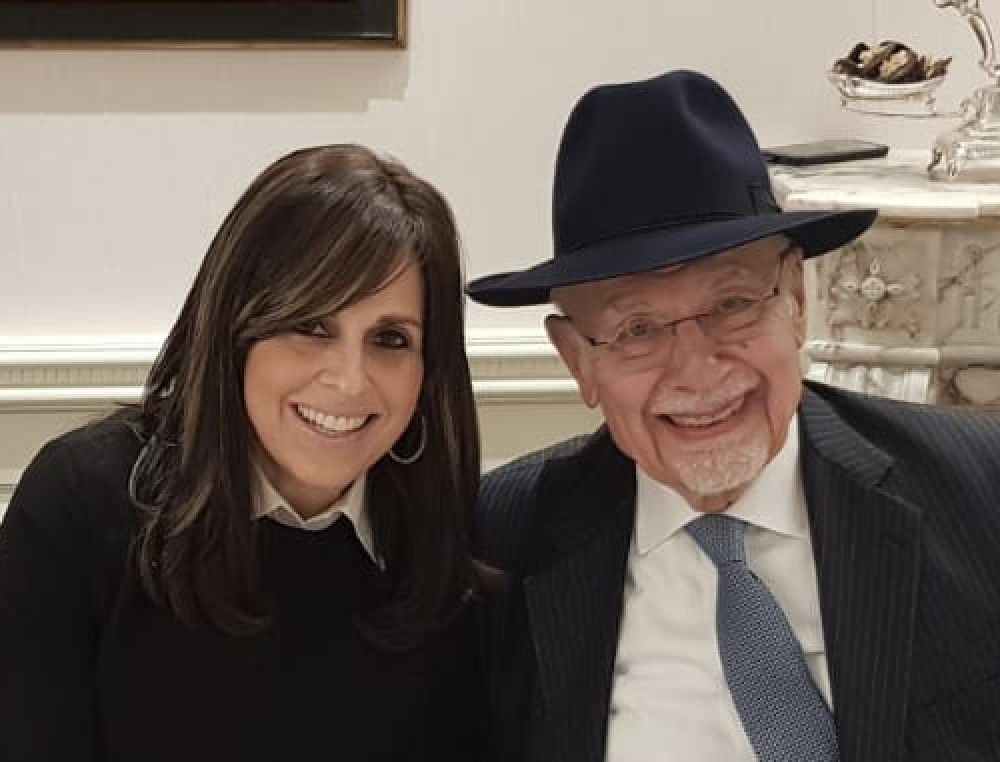 Last Saturday night, we turned on our phones after Shabbat and were absolutely horrified to discover that Willie Stern, my sister-in-law’s father and a communal institution in London and across the Jewish world for decades, had passed away from coronavirus just a few hours earlier. On Friday we heard he had been experiencing breathing difficulties and was admitted to hospital for oxygen assistance. Apparently, he walked from his house to the ambulance unaided; within less than 24-hours, he was gone.

There is nothing that can bring home the horror of this dreadful pandemic with greater clarity than a personal loss. And losing Willie Stern is deeply, deeply personal. He was family to the Dunners long before my late brother Benzi married his daughter Esti in 1986. For us, my brothers and sister, he had already been “Uncle” Willie for many years. My father worked for him, first as his “gabbai tzedakah” and then as part of the executive team in his thriving property empire, starting in the early 1970s. In fact, I cannot recall a family event without him there.

Willie Stern was a bright and insightful man, full of youthful energy even in his later years, and bountifully generous. Together with his dear wife Shoshana, he hosted sheva brochos for me and Sabine the first night after our wedding. It was like a second wedding. We saw him regularly while we lived in London, although far more infrequently after we moved to Los Angeles in 2011. But just over two years ago we attended my nephew’s barmitzva in London – Daniel Leblanc, my sister’s son. We had Friday night dinner together with family and close friends, and, of course, Uncle Willie was there.

“When are you speaking?” he kept asking me. I shrugged. “I don’t know, it’s not really up to me,” I replied, “I’m not the host.” Undeterred, he strode up to my brother-in-law: “When is Rabbi Pini going to speak?” It was impossible to say no to him, and very soon afterward I gave my speech. He immediately came up to me to say how fantastic I was, and added how much I reminded him of his dear friend, my late father. He put his hands on my cheeks — “Pini, you make us all very proud. Keep up your wonderful work.” And that was the last time I saw him.

He was born Ze’ev HaKohen Stern, the youngest of three children, in Budapest, Hungary. It was July 1935, and the Jewish community of Budapest was affluent and thriving. Willie’s father Chaim was a well-known Jewish community activist, a textile manufacturer who owned a factory that supplied textile goods to the Hungarian government. This turned out to be a blessing, as it enabled the Stern family to remain outside the ghetto after the Nazis occupied Budapest in March 1944. As he had done throughout the war, Chaim continued to offer assistance to unregistered refugees as the situation rapidly deteriorated over the next couple of months.

But as it became ever clearer that Hungarian Jewry was doomed, Chaim secured 32 places for his immediate and extended family on the controversial Kastner train that departed Budapest on June 30, 1944 – a “Noah’s Ark” transporting 1684 passengers representing a cross-section of Hungary’s Jews to safety, while the remainder tragically headed for extermination in Auschwitz. Passage on the train was only possible via heavy bribes, and even so, there were those who abandoned it fearing the entire scheme was a trick and that they were actually also headed to Auschwitz.

As it turned out, the 35 cattle trucks took them to Bergen Belsen concentration camp, where the passengers languished in rudimentary barracks – the Stern family included – in uncertainty and dread for half a year. The Orthodox contingent included the cream of the Hungarian Orthodox community. As Willie recalled just last November, in a video recorded for YouTube, “in our barrack, [there were] four [rabbis who] would become world-famous rabbanim: the Satmar Rebbe, Rabbi Yoel Teitelbaum; the Rav of Debrecen, Rabbi [Shlomo Tzvi] Strasser; Rabbi [Avraham] Jungreis, the father of the famous now-late Rebbetzen [Esther] Jungreis…; and Rabbi Yonason Steif, who was a Dayan in Budapest and subsequently became a Dayan in Williamsburg, New York.”

All in all, there were forty rabbis among the Kastner train passengers, along with “artists, housewives, peasants, farmers, industrialists and bankers, journalists, teachers and nurses,” as recorded by Ladislaus Löb, Professor Emeritus of German at the University of Sussex – an 11-year-old passenger who later wrote an account of their journey.

In December 1944 the Kastner train Jews were finally taken to Switzerland, and the Sterns settled in Geneva. Later they moved to New York, where Willie enrolled at Yeshiva University.

But it was at Harvard Law School that Willie really came into his own, after being exposed to fellow Jewish students wantonly abandoning their tradition. Rather than caving in to peer pressure, Willie resolved to remain true to his Orthodox background without any compromises, as recalled to me by fellow student, Nat Lewin, later one of America’s most prominent lawyers: “Willie was the only one of our Orthodox contingent at Harvard Law School to wear a yarmulke at all times and was unashamedly frum. I give him much credit for that.”

For the remainder of his life, Willie devoted enormous amounts of time and money helping Jewish students remain within the fold; from 1971 he underwrote a kosher canteen for the Jewish students of Imperial College in Kensington, London.

In 1958, Willie married the very regal Shoshana Stempel (Freshwater) of London, niece of the illustrious Bobover Rebbe, Rabbi Shloime Halberstam, of New York. For the rest of his life, Willie was intimately involved in every aspect of this Hasidic group, which the charismatic rebbe had rescued from the ashes of the Holocaust, and which his nephew-in-law was determined would return to its full prewar glory.

After their move to London in 1960, the Stern home became a hub of charity and hospitality within the strictly-Orthodox community – the Sterns were the power couple, mentors and trailblazers in every respect. Despite the awful difficulties and challenges resulting from the collapse of his property empire in 1973, Willie never wavered from his charitable commitments, nor from his own personal goals in Torah study and communal activism.

Even in recent years, when his business affairs had moved to Eastern Europe, Willie threw his full weight and energy behind the nascent Jewish Center in Kaunas, Lithuania, determined to see it succeed like so many other previous pet charitable projects. He also set up a student center to provide kosher meals for Israeli students enrolled at the local medical school – students who lacked any connection to Judaism – and he brought in a Rabbi to run learning programs for them.

It is completely incomprehensible that this extraordinary man, a Holocaust survivor whose life story reads like a Hollywood script, is gone – taken from us before his time, despite being 84 years old. Almost harder to bear is the pain of a tiny funeral, no visitors at the shiva, and no proper chance for Willie’s family to grieve, as his son Moshe lies in an induced coma, hooked up to a respirator, infected with coronavirus and hovering on the edge.

Coronavirus has robbed us of a titan, but even as we mourn Willie’s loss, and fervently pray for the recovery of his son and for the health of his family, I am absolutely certain that Willie Stern’s name will endure long after this pandemic crisis is over – a beacon of light to his children, grandchildren and great-grandchildren, and to all those, like me, who admired him from near and far. Yehi Zichro Baruch.