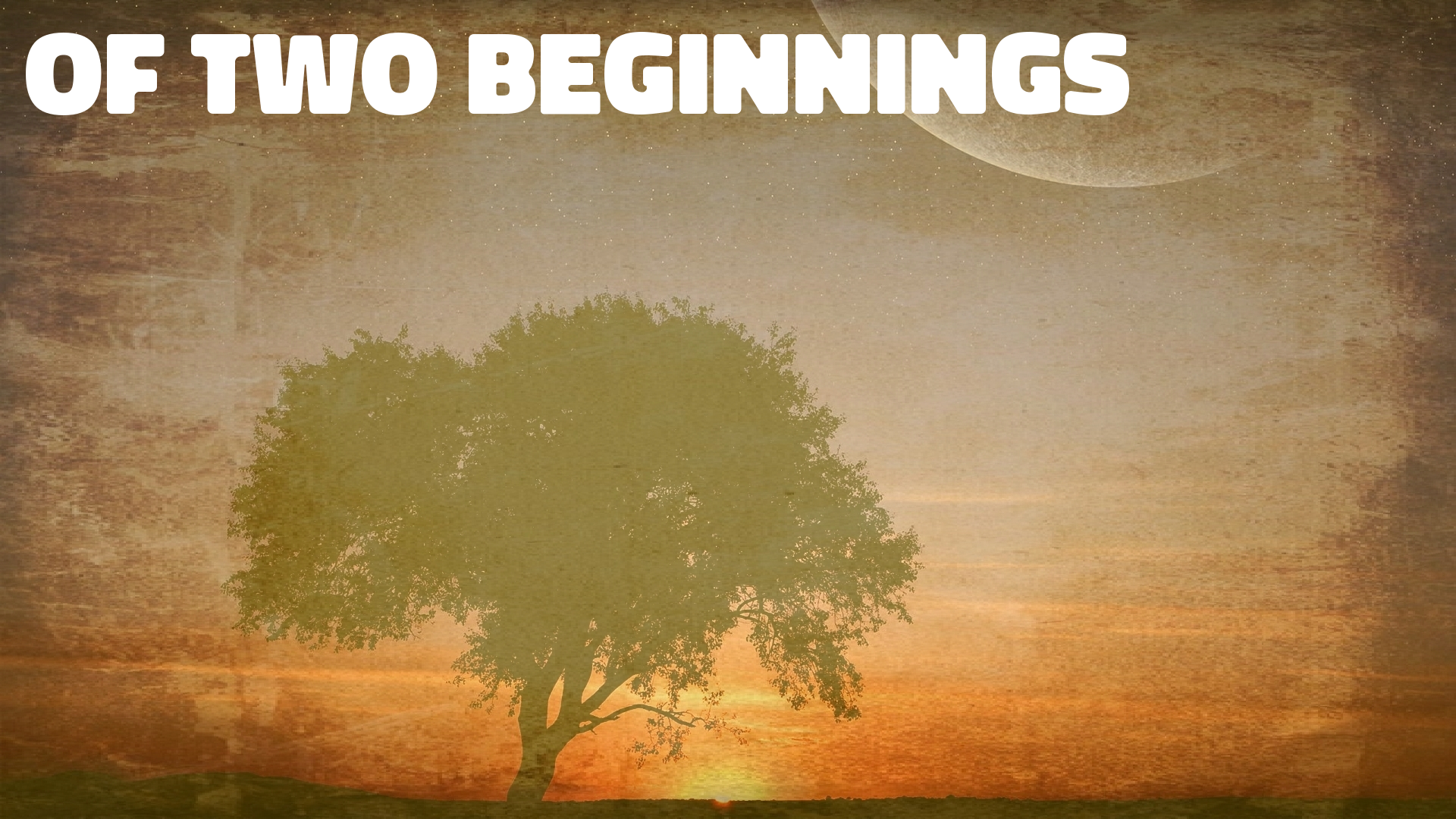 This week, an article in The Atlantic grabbed my eye. It described the enigmatic sacoglossa sea slugs that harvest energy from the sun’s rays by photosynthesizing ingested algae cells. I don’t expect you to be remotely interested in an evolutionary anomaly that sees animals behaving like plants – but suffice to say it’s a big deal.

Those who advocate Intelligent Design – the idea that “certain features of the universe and living things are best explained by an intelligent cause not an undirected process such as natural selection” – are convinced that no evolutionary theory can possibly explain sacoglossa sea slugs.

This is a contentious assertion, and a number of coherent explanations have been proposed, but nevertheless, sacoglossa sea slugs are an exception to the usually very rigid rules which explain how the natural world “works” – and science struggles with this anomaly of nature, as it does with other similar anomalies.

The word “evolution” when used with reference to the age of the universe and to natural science is generally considered a red flag by fundamentalist religious believers, and this has been a perennial issue ever since the concept of evolution gained currency in the nineteenth century, particularly after the 1859 publication of Charles Darwin’s On the Origin of Species. Incidentally, Darwin was a geologist with a keen interest in fossils, not a biologist, and his best-known book was actually an afterthought, published almost a quarter of a century after he returned from his five-year HMS Beagle voyage.

To be fair, people of faith, particularly in the Christian world, but no less so in the Jewish world, had good reason to be suspicious of science and scientists. During the Age of Enlightenment, the intellectual elite – who had previously been predominantly drawn from and funded by the religious powers-that-be – began to challenge the church’s stranglehold on what was, and what was not, acceptable.

The democratization of knowledge and attainment of information saw countless primary truths challenged and upended; suddenly it was okay to say that accepted wisdom was in reality grossly uninformed and empirically implausible. This revolution applied equally to such diverse disciplines as medicine and astronomy – and of course the age of the universe and the natural world were no exceptions.

How much of the scientific community’s forays into this arena was based on an eagerness to expose religious beliefs as absurd and anachronistic is hard to know for certain, but it was certainly part of the mix. The Hebrew scriptures were painfully dissected by bible critics, such as Johann Gottfried Eichhorn (1752-1827) and Julius Wellhausen (1844-1918), while renowned geologists such as Nicolas Steno (1638-1686) – despite being a Catholic priest! – and Robert Hooke (1635-1703) had long noted the existence of geological strata which indicated that planet earth was far older than the almost 6,000 years implied by the creation narrative at the beginning of Genesis.

Which all meant that by the time Darwin proposed his theory of “natural selection” to scientifically explain the existence of a diversity of species, including human beings as the world’s primary mammal, the academic world had been well primed, and though his book was still a sensation, no one was particularly surprised.

A range of theories were put forward by bible literalists to counter evolutionary theory, most famously the Omphalos hypothesis proposed by the British naturalist and founder of London Zoo, Philip Henry Gosse (1810-1888), who suggested that God deliberately created the world to look as if it was far older than it was. “Omphalos” is the Greek word for navel, and Gosse posited that although Adam did not need a navel – because he was not connected to a mother via an umbilical cord – he still had a navel, and was “born” with it at an adult age. God had similarly created fully formed trees with rings in their trunks which indicated their age, even though they were brand new. Fossils, said Gosse, were formed by God at the moment of creation.

Even Gosse’s friends found his theory too far-fetched to be taken seriously, but to this day there are still creationists who proffer this outrageous hypothesis as if it makes sense, including great rabbis, all in the belief that they are defending God’s honor and the integrity of the creation narrative, which talks of “six days” of creation, followed by a seventh day on which God “rested.”

Surprisingly, considering the steadfast creationist beliefs of much of the Haredi world, there are a host of references to a universe far older than 6,000 years in classical sources. For example, the thirteenth-century kabbalist Rabbi Isaac of Acre, a devoted student of Nahmanides (Ramban), wrote in his seminal work Otzar Ha-Hayyim – as quoted by Rabbi Aryeh Kaplan (1934-1983) – that the universe is 15,340,500,000 years old, a number that is remarkably close to modern science’s estimate of 13.77 billion years, or at least it’s a lot closer to that number than it is to the 6,000 number extrapolated from the Hebrew Scriptures.

Rabbi Yisrael Lipschutz (1782-1860), author of the popular Tiferet Yisrael commentary on the Mishnah, appended an extraordinarily open-minded monograph regarding this topic to his best-known work, titled Derush Ohr HaChayim – and as a result saw his magnum opus banned by fundamentalists, while he was labeled a heretic.

But by any objective analysis, resistance to an open discussion on this topic is not the result of a religious requirement to believe in the 6,000-year age of the universe or in any other information that can be implied from the early chapters of the Torah – and notably Maimonides does not include any of this as a credo of faith in his celebrated thirteen principles. Rather, it is the result of the perceived (and often real) antagonism by the scientific world to cherished religious beliefs and treasured texts.

Acknowledging that texts which were long believed to be literal might actually be heavily coded, or even allegorical – even if those meanings are lost to us – is seen to be handing victory to antagonistic scientists, and so the faithful have battened down the hatches and retreated into their faith bunkers, rather than acknowledge that maybe science is not such a threat to God-believers after all.

Truthfully, the inclusion of the creation narrative in the Torah is a puzzle that Jewish sages have puzzled over ever since our faith system was revealed to us at Mount Sinai. The complexity of our universe, and the rules which govern how it functions, seem to defy human comprehension, and it was certainly well beyond the generation that received the Torah. So why present us with the details of creation in a religious text?

Last year, I was privileged to publish a book together with Israel’s President Isaac “Bougie” Herzog. It is an annotated republication of Rabbi Shmuel Yitzchak Hillman’s sermons on the Book of Genesis – Ohr Hayashar: Derashot al Sefer Bereishit. The first sermon, on Parshat Bereishit, quotes a Midrash that records a conversation between the letter “aleph” and God, in which “aleph” complains about not being used as the first letter in the Torah – instead it is the second letter of the alphabet, “beit” (Bereishit), which is used. God reassures “aleph” that when the Jewish nation receives the Torah, it will be the “aleph” that opens up the Ten Commandments – “Anochi Hashem”.

In an absolutely wonderful homily, this bewildering Midrash is offered by Rabbi Hillman as an explanation for the inclusion of creation prehistory in the Torah. Essentially, it is of secondary importance – as implied by the “beit,” the alphabet’s second letter. The existence of everything is only explained much later on, when the Israelite nation accepts the yoke of religious faith and is chosen by God. This is the number one reason – the “aleph” – for all the details of creation we are given in the Torah, all of which enable us to appreciate an all-encompassing omnipotent God who presides over everything and has done since the very beginning of time.