NOT BOUND BY THE LAWS OF CONVENTION 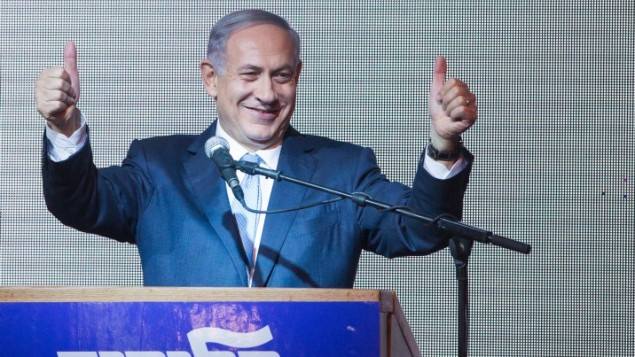 I am going to depart from my normal practice, and start this article from the end.

Rather than examine a contemporary topic and bring it around to a Torah portion, I will begin with a theme from a Torah portion and relate it to this week’s burning issue: Bibi Netanyahu’s stunning victory in the Israeli elections.

Let’s begin with what is possibly the most famous debate between two medieval rabbinic titans, Maimonides and Nahmanides.

The former is the author of the philosophical work Moreh Nevuchim (‘Guide to the Perplexed’), and Mishne Torah, the first comprehensive organized code of Jewish law. He was also the foremost rabbinic rationalist of his day, always attempting to understand Jewish history and Judaism through the prism of rational ideas.

The second rabbi, Nahmanides, although trained in medicine and philosophy, was a staunch fundamentalist, who refused to belittle biblical miracles by finding logical explanations for them, nor to mitigate disturbing Jewish practices by offering cogent explanations for their origins.

In the Torah portion of Vayikra we find the perfect storm for these two conflicting worldviews. We are introduced to the concept of mandated animal sacrifice in the context of the wilderness sanctuary – the Mishkan – laws that were later the central feature in the Jerusalem Temples, ceasing only with the Roman destruction of Jerusalem in 70 A.D.

Before delving into the disagreement between Maimonides and Nahmanides, it is worth noting that by the time they debated this topic, no Jew had sacrificed an animal for religious purposes for well over a thousand years.

Maimonides was clearly conscious of the fact that the ‘progressive’ religions of his age, Islam and Christianity, saw animal sacrifice as primitive. This contemporary reality no doubt resulted in a general revulsion of animal sacrifice that infiltrated into the Jewish world, and Maimonides thus felt compelled to defend the practice against those Jews who questioned it.

And in all honesty, little has changed since then. We, too, have ambivalent feelings towards animal sacrifice, as we puzzle over the purpose of offering up slaughtered animals to a non-anthropomorphic deity.

Maimonides is of the opinion that the Torah-mandated obligation to offer animal sacrifices to God resulted from the ubiquity of animal sacrifice in the dominant pagan culture in the era of the Exodus and the centuries that followed.

God figured that it would be virtually impossible for those early Jews to abandon animal sacrifice, and that this problem would persist for as long as such practices continued to flourish. He therefore created a system in which all such worship was done only for His sake, and only according to His rules.

Nahmanides vehemently disagrees. He sharply dismisses Maimonides’ explanation, declaring it without any merit, and proves that animal sacrifice to God preexisted any similar pagan worship, beginning with Abel and Noah, who both brought sacrifices in which God took great pleasure.

Although Nahmanides offers his own rational explanation for animal sacrifice, in the end he dismisses even this and concludes that the idea of animal sacrifice is independent of any explanation, conceived of by God as a way of connecting with His chosen people, whether we understand how that works or not.

Our connection to God, says Nahmanides, is about believing that He knows what is best for us, and that is why we do it. It is not about doing something because gentiles do it, or because the culture around us is so pervasive and overwhelming that trying to avoid doing it is pointless.

In truth, Nahmanides’ rejection of Maimonides by offering an alternative rationale would have been sufficient. It seems, however, that he was not satisfied with this alone. Evidently Nahmanides felt compelled to dispel the notion that Judaism and Jewish values are a reaction to the world around us.

What God wants from us, and who we are, is not contingent on the fads that come and go, nor the realities that dominate one era but are historical footnotes in the next. Our mission and our passion for Judaism must be about what is right for us, beyond any time, and beyond any space.

Which brings me, finally, onto the subject of this week’s Israeli elections, and Bibi Netanyahu’s unexpected victory.

My abiding impression of those who opposed Bibi during this election, whether it was the outcry over the way he initiated it, or whether it was the uproar over his supposed disrespect towards the White House by speaking in Congress, or whether it was Herzog’s and Livni’s obsession with resuming ‘peace’ talks with the Palestinians, and so much more, was that it was all about what President Obama, or the Europeans, or the UN, think of the State of Israel.

If the President of the United States is not happy about an Israeli Prime Minister speaking to Congress about Iran, then the Prime minister must comply and cancel his planned appearance.

If the world continues to demand a two state solution even though realities have shifted monumentally and overwhelmingly since the idea first crystallized on the White House lawn in 1993, Jews must obsequiously submit to this demand, notwithstanding the incredible risks.

Such is life. Our continued existence is contingent and conditional on the world around us, and to deny this is to deny reality.

But Nahmanides rejects this as theologically unsound heresy. Although always respectful of Maimonides, in this instance he rejected his thesis outright, calling it misguided and stupid.

The existence of the Jewish people is not rational, and our continued existence cannot be based what the world thinks or does. The Jewish people voted resoundingly for a destiny that defies the demands of the world, and that relies on God’s promise that we will endure. His relationship with us is not restricted to or confined by contemporary actualities.

Yes, Bibi’s victory means that we really are beyond time and space.