NO OMELETTE WITHOUT BREAKING EGGS 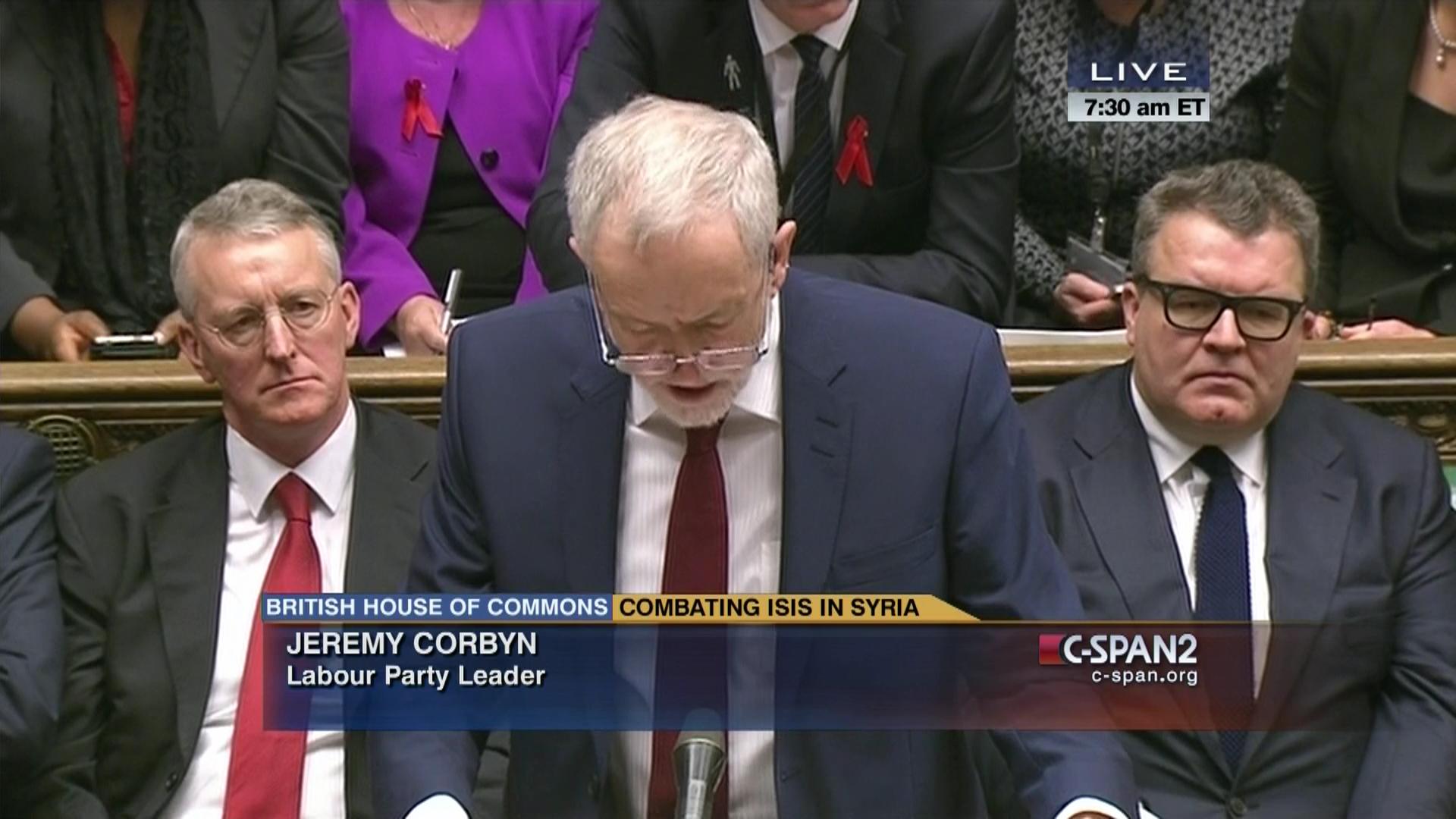 A fascinating and important debate took place this week in the House of Commons in London.

The debate was whether to launch airstrikes against ISIS targets in Syria, and it lasted for eleven hours. It was without question the most significant debate to have taken place in the House of Commons since the debate over the invasion of Iraq in 2003.

Actually, it was much more significant. In 2003, there was a Labour government headed by Prime Minister Tony Blair. He was for the invasion, and was supported not only by most of his own MP’s, but also by the Conservative Party opposition. The motion in 2003 passed without difficulty, despite bitter opposition by a few disgruntled Labour MP’s.

One of those disgruntled MP’s was a man called Jeremy Corbyn, who has a longstanding record of anti-war advocacy, and who voted with his conscience at that debate.

Corbyn – who is also known for his unwavering support for the Palestinian cause and hostility towards Israel – was recently elected as head of the Labour Party, which means he is now the leader of the opposition, with the current government being Conservative.

Corbyn’s unexpected appointment to lead the Labour Party meant that the debate this week was a very different affair than the one in 2003. Firstly, the current government has a very slim majority, and several Conservative MP’s indicated in advance that they would vote against the motion. And secondly, with Corbyn publicly declaring his total rejection of any military action against ISIS, and insisting that his party members support him, the challenge for Prime Minister David Cameron was immense.

But the dreadful events in Paris moved the majority of Labor MP’s to take the view that there is a need to strike ISIS at their heart, and all but 66 of them voted for the motion, which was passed by an overwhelming majority of 397 in favor, with 223 against.

Corbyn’s speech to the Commons was a predictable string of clichéd pacifist arguments. Any attack on Syria by RAF warplanes would, he said, “lead to the deaths of innocents,” and would more than likely “turn many more Syrians into refugees.”

Many of his closest colleagues rejected his feeble rhetoric, and decided that it was time for Britain to take a stand against this existential threat.

In all honesty, airstrikes are a very small step, but they are nonetheless a demonstration that there is some sanity within Europe’s political classes.

I have always been fascinated by people like Jeremy Corbyn. What motivates people like him to be so idealistic, when the world around them clearly does not operate on their plane? How can one be so blind to reality? It is so obvious that a group like ISIS will never be neutralized by pacifism, and yet the Corbyns of this world advocate that philosophy as if it is the solution to every problem.

I can’t answer for Corbyn, but I can prove that his views are flawed to the point of being destructive. In the Torah portion of Vayeishev we are witness to Joseph’s dreams. He recounted them to his father and brothers (Gen. 37:9):

Joseph interpreted these dreams to mean that he would rule over his entire family. As a result he began to lord it over his family and behaving in a superior fashion, which resulted in animosity and jealousy.

In retrospect, it seems a bit strange that his brothers’ reaction was so negative. Dreams are known to be a form of prophecy, and Joseph’s dreams clearly predicted his future as the ruler over his close family. In which case why did they treat the dreams with such disdain? Why did they despise him for seeking to fulfill the predictions contained in his dreams?

The answer is that there is a major difference between a dream and a prophecy. A prophecy is God’s way of telling the prophet what will occur in the future. A prophetic dream is completely different. It reveals something that can potentially occur if the recipient understands the message and does what it takes to achieve that eventuality. But it is only one of many possibilities.

Joseph interpreted his dreams to mean that he was already the king. He immediately began to act as if he was the ruler of the family, understandably invoking the resentment of his brothers.

Although the dreams predicted his future as a ruler, this was only if he went through the challenges required for him to reach that status. Had he remained in Canaan with his family, the dream/prophecy would never have actualized. Only by going through the trials and tribulations, and the pain and the challenges, was the dream ever going to become a reality. His idyllic future would only materialize after years of difficulties.

Those who currently seek an idyllic future devoid of ISIS believe that good always prevails over evil without any effort or pain. What a wonderful world it would be if that was the case. One can and should admire idealism, but at the same time reality is very different.

Similar to Joseph becoming the ruler over his family, we all have the dream of an elevated reality – but to pretend that this can happen without a struggle, and without pain and challenge, is as ridiculous as Joseph’s belief that he already ruled over his brothers simply because he had experienced a dream.

Joseph’s later readiness to forgive his brothers indicates that he eventually understood his youthful mistake.

Let us hope that Corbyn and his ilk will be similarly magnanimous when their folly is exposed, and our battle against ISIS yields the results we all seek and they are vanquished.

Photo: UK Labour Party leader Jeremy Corbyn at the dispatch box in the House of Commons during the debate over airstrikes against ISIS targets in Syria, November 2015 (C-Span)