NO NEED FOR AN APP 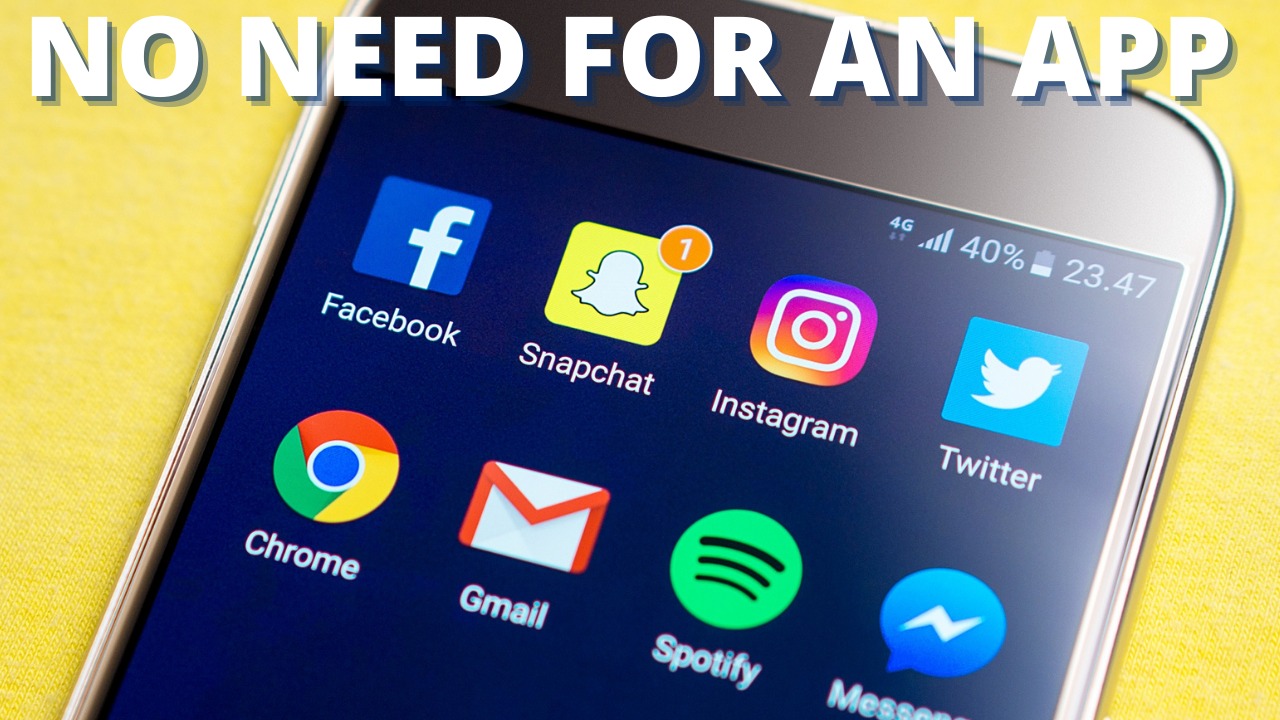 The modern age is saturated with technological gadgets and devices to alert us when things are not as they should be or if they need our immediate attention. Flashing lights, buzzers, alarms, circuit breakers, or even codes and readouts that give us specific information and point us in the right direction. We download apps on our phones to tell us how many steps we have taken during the day, what our pulse is, how much time we have been sleeping or sedentary – in short, there is no scarcity of information or pointers to sort us out.

In today’s world, it almost seems as if there’s no need for an expert for an analysis or a diagnosis – because we can do it all ourselves. Even when we go for a blood test, the results come to us via email, and long before we speak to a doctor, we check out all the stats using some random health website that tells us exactly what each number means. And then – we can tell the doctor what they should be doing rather than the other way around!

But what happens when the damage caused is not something material which triggers an alarm, or is measured by an app on your phone? What happens when we have an affliction of the soul? When our faith in God has diminished or our devotion is too low? The Torah describes a curious illness called “tzara’at” which seems to serve the function of alerting us to exactly this problem (Lev. 13:2): אָדָם כִּי יִהְיֶה בְעוֹר בְּשָׂרוֹ שְׂאֵת אוֹ סַפַּחַת אוֹ בַהֶרֶת וְהָיָה בְעוֹר בְּשָׂרוֹ לְנֶגַע צָרָעַת – “Someone who has a swelling, a rash, or a discoloration on the skin of his body, and it develops into a ‘tzara’at’ blemish.”

“Tzara’at” is often mistranslated as “leprosy,” an infectious ailment also known as Hansen’s disease that causes body deformities and skin discoloration. Others have suggested that “tzara’at” is psoriasis, a skin disease which results in scaly patches of varying sizes across the body, usually on the knees, elbows, trunk, and scalp.

But neither of these explanations for “tzara’at” is correct, as a closer examination of the Torah description of this malady reveals. In particular, the requirement for a priest rather than a doctor to diagnose the problem and prescribe the solution indicates that even though there were physical symptoms, these indicated a spiritual problem, the cure for which lay in self-improvement rather than medication or a change of diet.

The incidence of actual “tzara’at” in the Hebrew scriptures is very limited. In fact, there are only five recorded occurrences, and curiously, not all of them are related to a spiritual failing.

Moses is the first recorded “metzora” in Tanach – he was briefly stricken with “tzara’at” while arguing with God as to whether or not he would lead the Jews out of Egypt. His arm became stricken with “tzara’at”, but God enabled him to instantly cure himself so that he could use this unusual skill to prove that he was in Egypt to deliver the Jews from slavery.

Even more curiously, not all of those who suffered from “tzara’at” were Jewish. The Aramean general, Naaman, whose “tzara’at” was cured by the prophet Elisha (II Kings 5), never fully converted to Judaism, even after his miraculous recovery.

The realities of a world that includes an affliction alerting us to our spiritual failings are lost in the mists of ancient history. But rather than treating this absence as a welcome relief, we should regard it as a challenge and an opportunity. Imagine this: instead of relying on our smartphones or a handy digital message or a Google search to maintain and elevate our faith health, we need to self-monitor using spiritual antennae that we must develop on our own, so that we are constantly on high alert for faith malfunctions and glitches in our faith system.

A number of commentaries note that the “tzara’at” patches were only “on” the skin and didn’t penetrate into the flesh below. The message seems to be that even if we do the wrong thing externally, that’s just our body acting out of synch with what is going on internally. Our souls are pure, and as physical beings, we are charged with ensuring that our bodies become the vehicle for our internal sincerity and goodness.

And rather than challenge the natural desires we all possess, the significance of “tzara’at” on our bodies, our clothes, and our homes, is that all these very material aspects of our existence can be used in the service of God. Our bodily acts and our possessions can either reflect a marked distance from God, or contrarily, they can reflect our devotion to what God wants from us.

The main reason cited as the cause of “tzara’at” is “lashon hara” – idle talk that ends up as slander and disparagement of others. Rabbi Yisrael Meir Kagan (1838-1933) – most famous for his groundbreaking work on the laws of “lashon hara” – would often tell people that as a youngster he realized that he loved talking, but rather than allowing his fondness for conversation to descend into harmful tittle-tattle, he made a conscious decision to devote his garrulous tendencies to Torah discussions and to conversations which were focused on helping others.

We all have weaknesses in our behavior, and a desire for material things, all of which can undermine our primary purpose – which is to be the best person that we can be even in the face of every challenge life throws at us. And while we may not have a “tzara’at” alarm or app on our phone, truthfully – we don’t need one. Instead, we can quite easily teach ourselves to use the same skills and characteristics that might lead us down the wrong path to become a foundation for our growth and success.

It’s this powerful message which is at the heart of a disease that, in practical terms, has long been extinct.