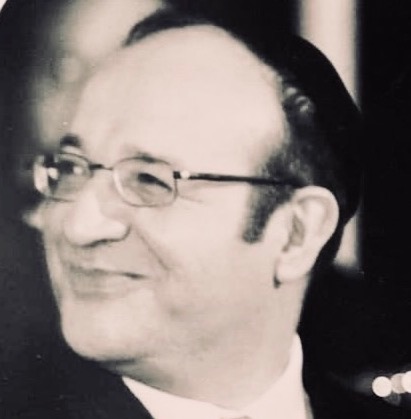 My late brother Benzi died in a car accident in 2008. Although he is principally remembered for his superlative philanthropy – and to be fair, his philanthropy was exceptional – my own recollections of him revolve around his incredible sensitivity and compassion.

Truthfully, his phenomenal generosity – which amounted to many millions of dollars given away to charity every year – was merely a byproduct of his unlimited kindheartedness and his boundless empathy for the needs of his fellow human beings. And this characteristic was evident long before he had made his first millions, and even afterward, his kindliness played out in how he distributed his money to those in need.

In the mid-1980s my grandfather in Holland somehow got involved in the rescue of a group of Jewish boys from Iran. These traumatized teenagers, who had endured a challenging and life-threatening journey from Iran into Turkey, and then across Europe to Holland, were ‘temporarily’ housed in Amsterdam until their legal status could be resolved. For about a year Benzi flew from London to Amsterdam every weekend to spend Shabbat with them – to boost their spirits and keep them in touch with their Jewish heritage.

A few years ago I bumped into one of the boys, who had since become a senior physician and lives in Los Angeles. He told me that some of the group were pretty wild and out-of-control, and at some point fell out with the supervising adult at the apartment where they were being housed.

When Benzi arrived that weekend, he discovered that a few of the boys were missing. “Where are they?” he inquired. “They’re sleeping rough, we don’t know where they are,” was the reply. He immediately went out to find the boys, and eventually discovered them in a local park. He gave them food, chatted with them, sang with them, and told them amusing stories – he was a marvelous raconteur.

After a couple of hours it was dark, and the boys told Benzi to go back to the apartment to get some rest, they would see him again in the morning. “Nonsense,” he said, “if you’re sleeping in the park, so am I. Actually, I’ve never slept in a park before – so it should be quite an experience.” He lay on a bench, and closed his eyes. “Why are you sleeping here?” the boys asked him, shocked – “you can sleep in the apartment!” “No, no, it’s good here. I want to be with you guys.”

Benzi was firm, he was staying in the park, and the back-and-forth went on for a few minutes, until the boys insisted that he had to sleep in the apartment, and that they would sleep there too, just so that he wouldn’t sleep rough. Reluctantly, Benzi conceded, and they all went to the apartment to sleep the night. Even 30 years later, this story was fresh in the mind of the now forty-something ‘boy’ who had witnessed it. Tearfully, he told me that Benzi was one of his life’s greatest heroes.

And here’s another story; it happened years later. Someone came to London from Israel to collect money for his son to have a lifesaving operation. He had heard that Benzi was generous, so he sought an appointment with him, and got to see him late one night. “How much money do you need?” Benzi asked. “We need $40,000.” “How much have you raised?” The fellow was embarrassed. “Er, about $3,000.”

Benzi left the room and returned a moment later with a phone. “Here you are,” he said. The guy looked at him quizzically and Benzi smiled at him. “While I write you a check for $37,000, please call your wife and tell her you’ve just raised the rest of the money. She probably hasn’t slept for months because she is so worried about your son, and she is also worried whether or not you’ll be able to raise all the money you need for the operation. Every second she is worried and in pain is terrible for her. I don’t want you to wait to call her until after you’ve left my house with the money. So go on, call her now.”

Benzi was an amazing person, but what is particularly special about this type of empathetic kindness is that it is intrinsic to the Jewish concept of tzedakah – which means so much more than just charity – and also, it is reflected in the rather curious narrative we read on Purim, about the rescue of the Jews from genocide via the intervention of Queen Esther and her cousin Mordechai.

The story of Purim as recorded in Megillat Esther includes a variety of seemingly irrelevant details. Why, for example, is there such a comprehensive description of Ahashverosh’s parties and revelry? Who cares? Kings and princes party all the time – why give us every detail? And why is the description of how to celebrate Purim so detailed? And why are the Purim celebration obligations that are recorded in the Megillah so different to those of other Jewish festival celebrations? Why the feasting? Why the need to give charity and gifts?

We need to understand that the world we live in is dominated by the material. All our senses are tuned in to the physical, material world. Materialism is instinctive. We are programmed that way and it is literally in our DNA. Oddly enough, it is this aspect of the human condition that dominates the unfolding narrative at the beginning of the Megillah.

Ahashverosh reacts to his success and power by partying and having a good time – he throws a party to end all parties. Then, when his wife doesn’t listen to him, he simply gets rid of her and finds another one. And when someone offers him cash to murder a bunch of people – he says “no problem, let’s kill some people and make some money.”

The sad thing is that at that early point in the story the Jews were no different. They were also slaves to the physical, material world, totally obsessed with their needs and desires. The question that hovers in the background is this: how would they differ from Ahashverosh if they came out on top, and were as victorious and as successful as he was?

The answer to this question would surely be a defining moment. If the Jews used their material triumph as a route to the Divine, that would prove they were not mere materialists, like Ahashverosh and Haman. Not that feasting is bad, but if it is only done to experience material pleasure, what is the point of being the Chosen People?

If we feast to show our thankfulness to God, if we give food gifts to our friends to acknowledge Divine benevolence, if we give money to the poor to reflect God’s love of charity – then our materialism is not a demonstration of how great and mighty and powerful we are, but rather it is a reflection of how we recognize that all of our success is God’s success.

It is for this reason that the details of Ahashverosh’s parties and revelry are so crucial to the Purim story. Without them we could not begin to understand the end of the story, which details how the Jews reacted to their victory and success, using the very same material aspects of the human condition to get closer to God rather than to abandon Him. Ahashverosh’s mindless parties are counterbalanced when we turn our material success into vehicles of spirituality and Godliness.

And how can we best reflect this ideal? Everything about Purim revolves around using materialism to connect people to each other – even though all of our Purim obligations could be done while staying aloof. We could feast on our own – or we can party together in harmony and affection, connecting with each other for the sake of God. We can give gifts to patronize or impress others, or we can give them because we want other people to have what we have, and we want to show that what God gives us we can share with others. We can give charity merely by sending a check in the mail, or we can find someone with an outstretched hand and give them the money personally.

The message of Purim is that we need to really connect unselfishly with our friends, with our neighbors, with our community, and with those in need. Purim is about warmth towards others and concern for others – the exact opposite of Ahashverosh and Haman.

That is what Purim is all about, and that is also the legacy of my late brother Benzi z”l, whose yahrzeit each year just after Purim forever connects his memory with this pivotal Jewish message.