MY ADVENTURES IN UTAH 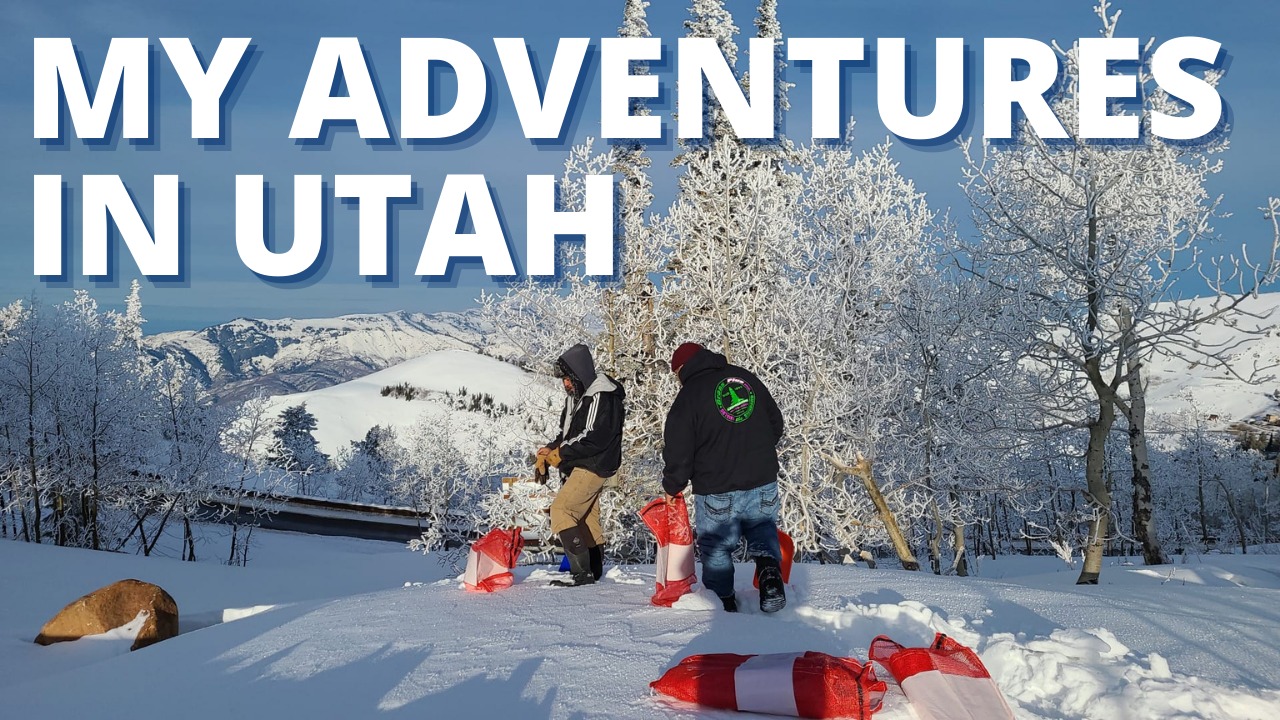 By any measure, my experiences over the past few days have been remarkable. For several years our community has been working on constructing a mikvah in the basement of our building, and this week saw the culmination of a long journey that first began in 2006.

A mikvah is a ritual immersion pool, considered a critical component of Jewish life, although it often falls to the bottom of the list of community priorities, with synagogues, schools, social facilities, and other charitable causes taking precedence.

The Beverly Hills mikvah project is no exception to this unwritten rule, and its construction proceeded in stops and starts, facing challenges of every sort along the way. The concrete for the mikvah pool was originally poured in 2006, but it wasn’t until 2013 that a group of donors consolidated themselves behind the project, determined to ensure that the mikvah was built, and that it would be a mikvah of the highest quality, both halakhically and aesthetically.

It is truly astonishing how many details one must consider when building a mikvah – as countless dilemmas and roadblocks over the past few years have amply demonstrated – but for us in Southern California, perhaps the biggest challenge of all is rain. That’s right, rain. The mikvah pool must be filled with a minimum of 260 US gallons (984.2 liters) of rainwater, and it must be rainwater that has not been collected or stored in any way before it lands in the mikvah.

The official figure for average annual rainfall in Los Angeles is 14.5 inches, but in reality we have not hit that target in 6 out of the past 10 years. During the 2020-21 season, there was a little less than 6 inches of rain, and since October 2021 we have had just over 10 inches.

Compare that to New York, which gets just under 50 inches a year, and London, which has annual rainfall of almost 30 inches. Even sunny Jerusalem gets 21.5 inches a year. Which means that filling a mikvah with rainwater is easier almost anywhere else than it is in Southern California, and filling a Los Angeles mikvah between February and October is simply impossible.

Well, not quite. Because according to the Talmud (Mikvaot 7:1), not only can one fill a mikvah with fresh rainwater, one can also fill it with snow. Don’t worry, I haven’t lost my mind – I am fully aware that it doesn’t snow in Los Angeles (although, to be fair, there was a freak blizzard in 1932 that left 2 inches of snow in downtown LA). Nevertheless, unlike rain, snow can be transported in its frozen state without invalidating it for mikvah filling purposes, a dispensation codified by the Shulḥan Arukh (YD 201:30) – which means that you can go wherever there is fresh snow, and as long as the weather is cold enough, you can harvest that snow and transport it back to your mikvah in a freezer truck.

Which is why, this past Sunday afternoon, I packed up a car with 400 onion sacks and 7 shovels, and drove for almost 12 hours to Aspen Ridge at Powder Mountain, in Eden, Utah, where early on Monday morning I met with a team of workers, along with a rabbinic mikvah expert who had flown in from New York, to harvest snow at an 8770-foot (2763 meter) elevation on the side of the mountain.

Originally, I had intended to harvest snow in Big Bear CA, which is much closer to Los Angeles – but although there’s still snow on the ground at Big Bear, as there is in Mammoth Lakes CA, a little further away, the daytime temperatures in those places had already started to reach the forties, which means that snow would begin to melt and start to pool while it was being harvested. And all it takes is 2 pints (about 1 liter) of pooled water to invalidate all the snow for use in a mikvah.

By Tuesday morning I was back from Utah and in Los Angeles, designing and constructing a temporary, wooden, slightly sloping platform over the mikvah immersion pool for the snow-filled sacks to be placed upon when they arrived. This slanting platform would enable the water from the melted snow to drip into two 8-foot pits next to the mikvah immersion pool, which are known as the “bor hashaka” and the “bor zriah”.

The reason one doesn’t place snow directly into a mikvah immersion pool is the result of a halakhic debate about the validity of snow for immersion while still in its original state. Rabbeinu Zeraḥiah ben Isaac ha-Levi Gerondi (“Baal Hamaor”; c.1115-1186) insists that immersing in snow is fine, but according to Rabbeinu Avraham ben David of Posquières (Ra’avad; c.1125-1198), snow needs to melt into water before it can be used for immersion.

Incidentally, Rabbeinu Zeraḥiah’s opinion also needs to be considered, which is why the shovels we used in Utah were perforated, and the sacks were netted, so that the snow could never be considered “pooled” at any stage before the melting begins.

Our mikvah in Beverly Hills has an additional enhancement; there is a water collection pit underneath the immersion pool, which follows the Chabad custom, as established by the fifth Lubavitcher Rebbe, Rabbi Sholom Dovber Schneersohn (1860-1920). This “bor Chabad” can be easily filled by dumping sacks of snow into the immersion pool, so that water from the melted snow drains into the pit below.

By Wednesday morning everything was ready, and the freezer truck arrived from Utah. What a moment. We broke the seal on the door and opened the refrigerated container. A cloud of frozen air billowed out into the California sunshine, as our local team of helpers clambered aboard and began carrying the onion sacks of snow into the mikvah room, running as quickly as they could so that none of the snow melted along the way.

Within a couple of hours all the work was done; at this moment the snow from Utah is slowly melting as planned and very soon we can augment the snow-water with city water to fill the immersion pool – and then our mikvah can be opened for use.

It is surely providential that the remarkable conclusion of our mikvah-building project occurred in the same week that we read Parshat Shemini, which records the inauguration of the Mishkan, the wilderness sanctuary that brought God’s presence into the heart of the Jewish people.

This historic moment was enhanced by the first priestly blessing ever recorded, a blessing that is fortified by our determined commitment to Jewish continuity – an aspiration that is especially underscored each time a new mikvah is built.

I will end as I began. My experiences over the past few days – the climax of a multi-year journey – have been exhilarating. My only wish is that there are many others across the Jewish world who get to feel what I am feeling today, and for the same reason. Because I can assure you: as a Jew and as a person of faith, there could be no greater blessing.