MOVING THE US EMBASSY WAS PREDICTED 2,500 YEARS AGO 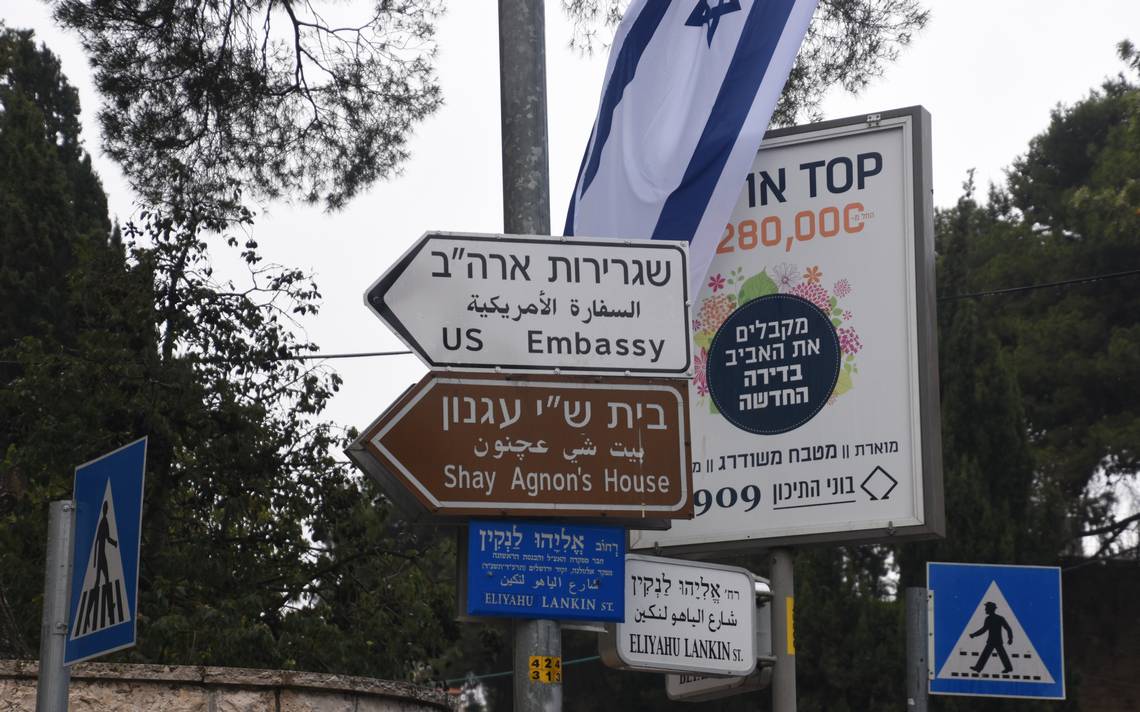 In March 2016, I was at AIPAC Policy Conference in Washington DC when presumptive Republican presidential candidate, Donald Trump, vowed to “move the American embassy to the eternal capital of the Jewish people, Jerusalem.”

The crowd of 18,000 people rose to their feet and erupted into rapturous applause. I, too, rose and applauded, but even as I did so, I dismissed what he said as meaningless political rah-rah.

Firstly, I thought to myself, Trump is never going to win the nomination, never mind the presidency. Secondly, he’s only saying this to please the crowd, but if he ever becomes the President, he will never move the embassy, just as no one else ever did when they had the chance.

In 1995, US Congress passed a law called the Jerusalem Embassy Act. It described Jerusalem as “the undivided capital of Israel” and required the US embassy to move there by 1999. For over 20 years the law remained a rhetorical farce, an example of meaningless political posturing. Every six months successive presidents waived its implementation, and specifically the US embassy move, citing “national security reasons.” This, regardless of the promises they made before coming into office.

Barack Obama, addressing AIPAC in June 2008, announced that if he was elected president “Jerusalem will remain the capital of Israel, and it must remain undivided.” Once in office he abandoned his pre-election promise. Obama’s predecessor, George W. Bush, similarly pledged to “begin the process of moving the US ambassador to the city Israel has chosen as its capital” as soon as he took office. It never happened. Bill Clinton also told supporters as early as 1993 that he wanted to move the US Embassy to Jerusalem, but never did it.

Bearing this history in mind, in 2016 I felt my cynicism towards any pledge regarding the embassy from a presumptive candidate was entirely justified. Remarkably, and for no discernible political gain, last December President Trump announced that the US was officially recognizing Jerusalem as the capital of Israel, and that the State Department would begin “preparation to move the American embassy from Tel Aviv to Jerusalem.”

Even this was dismissed as an empty stunt — it would take years to plan and build an embassy, by which time it wouldn’t happen, as Trump would be out of office.

But sometimes dreams do come true. On Monday the United States will open its new embassy in the Arnona neighborhood in Jerusalem, and we have already seen images of the new street signs going up that point towards the new US Embassy location.

You may be wondering if this really matters. In real terms, the new embassy is just the former US consulate rebranded with new signage, and it will indeed be years before the 850 staff working in Tel Aviv will be relocated to a proper new embassy building. In the meantime, consular work will still be carried out in Tel Aviv, at the site of the former embassy.

But the relocation of the US Embassy and recognition of Jerusalem as Israel’s capital is important, and not just in the world of international diplomacy. When I re-read the text of the December announcement, I was particularly struck by one sentence: “Israel is a sovereign nation with the right like every other sovereign nation to determine its own capital.”

It dawned on me for the first time that Israel has never had a formally recognized capital city, even before 1967 and the so-called “occupation.” Imagine the outcry this kind of situation would elicit if we were talking about any other country in the world.

But I see things quite differently. To me this entire phenomenon is just further proof that when it comes to Israel and God’s chosen nation, ordinary rules do not apply, and extraordinary events have meaning well beyond what is immediately apparent. In the Haftarah that is read in conjunction with the portion of Behar (Jer. 32:6-27), God instructs Jeremiah to buy a plot of land from his relative, and to deposit the title in a jug for safekeeping.

Jeremiah was puzzled by this order, and asked God how securing the title made any sense, as the nation was imminently going to be exiled from Israel for an undetermined period, with all the accompanying violent devastation and dispossession. Why preserve the title to a field whose ownership by any Jew would soon become irrelevant?

The Haftarah does not include God’s lengthy answer, just the beginning: “I am the Lord, the God of all mankind. Is anything too hard for me?” This declaration is followed by a lengthy description of the overwhelming persecution and suffering the Jewish nation would endure, as a natural consequence for having favored pagan gods instead of having had faith in God. And yet (Jer. 32:42-44),

“as I have brought all this great calamity on this people, so I will give them all the prosperity I promised them. Fields will flourish and be bought again – in this land which you describe as a desolate waste, without people or animals… Fields will be bought for silver, and deeds will be signed, sealed and witnessed in the territory of Benjamin and in the villages around Jerusalem… because I will restore their fortunes.”

For 1,900 years after the second Temple destruction, Jerusalem was in the hands of gentiles. The Jewish community in Jerusalem was poor and had few rights. In 1948, and then in 1967, Jews took control of Jerusalem, but the world continued to hold any claim to our capital in contempt. The prophecy had not yet come to pass.

This coming Monday, we will finally see the realization of Jeremiah’s prophecy. The deed to our eternal capital, Jerusalem, will be “signed, sealed and witnessed in the territory of Benjamin and in the villages around Jerusalem,” as the world’s most powerful nation will formally recognize Jewish ownership of Jerusalem, just as God promised would happen 2,500 years ago.

Now, if that doesn’t stir your soul, I don’t know what will.