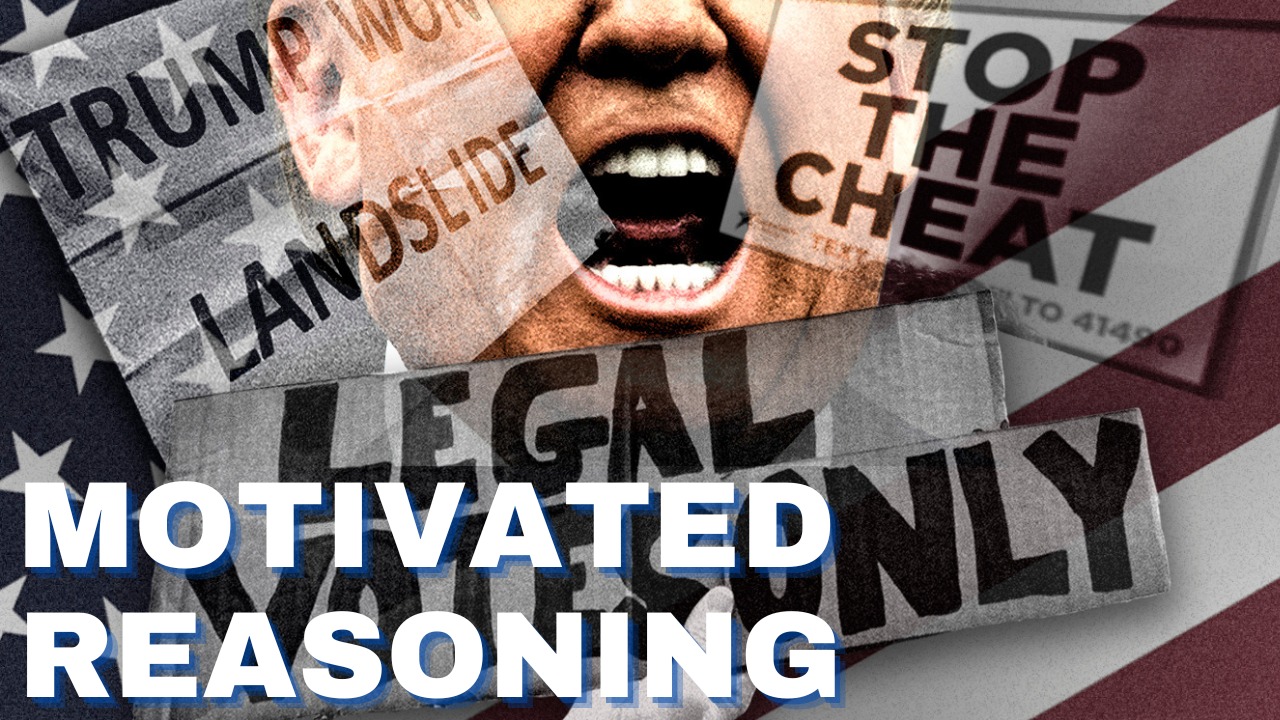 Earlier this week, a fascinating article in the New York Times caught my attention: How ‘Stop the Steal’ Captured the American Right.

The article argues that the post-2020 election “stop the steal” movement has now evolved well beyond the initial legal challenges, and has even moved beyond Donald Trump as the protagonist. As of now it has become more of an entrenched viewpoint among right-wingers, that election results in the United States – whether federal, state or local – can no longer be trusted.

“Gone… are the big rallies, with their open calls for violence and ostentatious displays of military-style kit, and many of those who organized them. Gone, too, are most of the election audits and other inquiries into the results convened by Republican-controlled state legislatures and local governments, investigations that failed to produce evidence of meaningful fraud. What is left in their place is an insistence — a belief, a lie, or an act of motivated reasoning, depending on whom you’re talking to — that the election was stolen…”

What we are seeing is a mainstream outlook among those on the right that U.S. election rules have been deliberately calibrated to throw elections in favor of those who are on the left. Evidence to the contrary is dismissed as misconceived, or worse, as fake, and if anyone on the right is willing to accept evidence, they are sneeringly rejected as misguided, or even as traitors.

I am not an expert on U.S. election law, but nonetheless, it makes no sense that people who have a vested interest in the stability of the U.S. political system are willing to willfully undermine the system to this extent. It strikes me that from now on, the possibility exists that no U.S. election result will ever be accepted by the right if their favored candidate doesn’t win – a notion that at some point might just as easily become a left-wing fetish too.

The key phrase in the New York Times article encapsulating this daunting challenge to hitherto accepted norms of election result protocols is “motivated reasoning” – the phenomenon in cognitive science and social psychology that sees emotional biases result in justifications or decisions which are primarily based on desirability, rather than on an accurate reflection of any available empirical evidence. In other words, “I want to believe this, therefore it must be true – and all arguments or evidence to the contrary are wrong.”

Of course I know this is a controversial topic, not least because there are those on the left, and even some on the right, who have their own “motivated reasons” to dismiss the claims of those who say that election results can’t be trusted.

What is undisputed, however, is that this dissonance cannot be repaired by any of the existing adjudication bodies in the U.S. government framework. Contrast this with the post-2000 presidential election debacle – which hinged on “hanging chads,” “dimpled chads,” “pregnant chads,” and claims of both voter fraud and voter suppression.

How ironic that the United States, which is at the forefront of international election monitoring and observation, has been less willing to allow its own elections to be scrutinized, even by the homegrown Federal Election Commission (FEC), a bipartisan group established in 1974 to oversee presidential elections.

Currently, the FEC is deadlocked over quorum issues as a result of partisan squabbling, and, most tellingly, the FEC was almost entirely out of action during the 2020 election year.

Meanwhile, international observers from the Organization for Security and Cooperation in Europe (OSCE) who supervised the 2020 U.S. election submitted their report in February 2021, stating that the 2020 “election featured record levels of participation and was… ‘the most secure in American history.’” Well, are they guilty of “motivated reasoning”? I imagine “stop the steal” supporters would say that they were.

Jewish tradition is unequivocal about motivated reasoning – no one whose opinion is in question because of personal bias can ever adjudicate or testify in a formal process in which their opinion would need to be treated as objective.

At the beginning of Parshat Pinchas, it is not Moses who springs into action to tackle the flagrant licentiousness of the Simeonite prince, Zimri, together with the Midianite princess, Cozbi. Rather it is his great-nephew, Pinchas, grandson of his brother Aaron.

The solution to Zimri’s public immorality could only be achieved via an extrajudicial execution – a boil-lancing operation the Torah refers to as an act of zealotry. But a zealot has to be free of any personal motivations and biases for their act to be accepted by all.

The Midrashic sages fill in some of the narrative gaps, telling us that when Moshe rebuked Zimri for engaging with a Midianite, Zimri scoffed at him: “Are you serious? Aren’t you married to a Midianite yourself?”

Upon hearing these words, Moses immediately stepped back, in the knowledge that if he dealt with Zimri, he might be guilty – or thought of as being guilty – of acting in revenge for the public slight against his wife, an example of motivated reasoning if there ever was one.

Meanwhile, Pinchas was an outsider who had never been involved in the nation’s leadership, enabling him to proceed as an independent actor. And yet, he still suffered from demeaning comments regarding his Midianite ancestry, as his mother, like Moses’ wife, was also one of Jethro’s daughters. “Do you consider yourself you holier than Moses?” onlookers asked him, mockingly, “Moses refrained from direct action, but you’re ok with it?”

Which was why God charted Pinchas’ ancestry to Aaron, to mitigate any claims against him of motivated reasoning (Num. 25:11): פִּינְחָס בֶּן אֶלְעָזָר בֶּן אַהֲרֹן הַכֹּהֵן הֵשִׁיב אֶת חֲמָתִי מֵעַל בְּנֵי יִשְׂרָאֵל – “Pinchas, son of Elazar, son of Aaron the Priest, has alleviated my anger against the Children of Israel.” Pinchas, said God, was acting solely as a descendant of Aaron, and not to overcompensate because of his Midianite origins.

The dangers of motivated reasoning injecting itself into important processes and activities cannot be overestimated. This lesson from Parshat Pinchas could not come at a timelier moment. It is a lesson well worth reflecting on, and taking on board.