ON THE PASSING OF A REGAL WOMAN 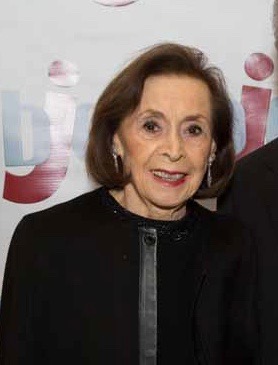 Eulogy for Mrs. Margaret Feder z”l of Beverly Hills, delivered by Rabbi Dunner at her funeral in Beverly Hills Synagogue on April 28, 2019.

I have had the privilege of knowing Margaret Feder for the past 6 years. She was one of the most dignified, inspiring and regal women I have ever had the honor to know

Yesterday morning, the last day of Pesach, Margaret was at shul. Later that day she passed away peacefully during her afternoon nap.

In shul in the morning, I glanced across at her and she nodded at me, as she did every Shabbat – a slight, imperceptible nod. She was a me as I noticed that she was at shul.

After davening was over, I made sure to get across to her as soon as I could. Every week it was a race against time. If someone stopped me to talk before I got to her, she would march right over to me. Being in shul on Shabbat was not complete unless she had “Good ” to the rabbi. And asked me how Sabine if she wasn’t there. And how my children were. And more recently, my grandchildren. Remarkably, she remembered them all by name.

And every week she had something relevant to that week to tell me, or to ask me.

A couple of weeks ago it was about my Shabbat Hagadol . What was it about? What time would it start? And then, later that afternoon, there she was, listening carefully, closely following the source sheet.

Yesterday Margaret asked me about our son Uri’s , which will be taking place this coming week, on Thursday and Shabbat. What time should she be there on Thursday night for the party? Who was coming to the Simcha? Sabine and her mother, who is already in L.A. for the , chatted with Margaret for a few minutes.

I introduced her to a Hungarian-born Jew who had flown in from New York for the Milken Conference. She spoke to him in Hungarian – “you are from Kiszvarda,” she told him, “I am from Munkacz.”

I don’t believe Munkacz ever had a royal family, but if it did, Margaret was the Dowager Queen. In her presence you felt in the presence of royalty. Brimming with intelligence, knowledge, wisdom, insight, intuition, acumen – and fluent in numerous languages.

Margaret went through the horrors of the Holocaust, where she lost her beloved mother. And yet, although the pain of that loss, and of the upheaval of those years, was never far from the surface, particularly over the past couple of years, she never displayed those scars, choosing instead to demonstrate strength in the face of and dignity in the face of indescribable challenges.

This week we read Parshat Acharei Mot – which begins with how the nation continued after the devastating loss of Aharon Hakohen’s two sons.

“Vayidom ” the Torah tells us after they abruptly died – Aharon was silent. The best response when something like that happens is not to dwell on the loss, but to focus on rebuilding.

Margaret and her late husband Paul z”l epitomized this approach. Their fingerprints are on every major community and institution in this city, and well beyond. Our shul. Beth Jacob. Shalhevet High School. Bar Ilan. Ohr Torah Stone. Sheba Medical Center. Shaarei Tzedek Hospital. Just to name a few.

After Paul’s passing five years ago, I visited Margaret to ask how she would like Paul’s name to be remembered at our shul. Would she like to name a room in tribute to his memory?

“Do you have another idea?” she asked.

In my I thought, “what a classy way of saying no!”

“How about dedicating the weekly Gemara shiur in Paul’s name in perpetuity,” I suggested.

“Perfect,” she said, “that is a true legacy to his memory.”

And the deal was done.

That was Margaret. She knew what she wanted. She could make decisions. And they were good decisions. Had she been born thirty or forty years later, she could have been the CEO of a major corporation.

Margaret – we are all going to miss you so much. Your regular presence at our shul meant so much to so many of us. Your dedication to your family, to our community, and to Judaism — inspired us all, and we are all orphans today, bereft of that inspiration. You were more than a member of our community – you were an example to us all.

Tomorrow you will travel on your last journey to the country you loved most of all – Israel. We are honored to have had you in our presence, and we are devastated to lose you.

May we all merit to see the coming of the Moshiach, and Techiyat Hameitim, so that we can once again benefit from your guidance and inspiration.

And may your family be strengthened in the knowledge that they were privileged to have had such a titan of faith and spirituality as their matriarch.