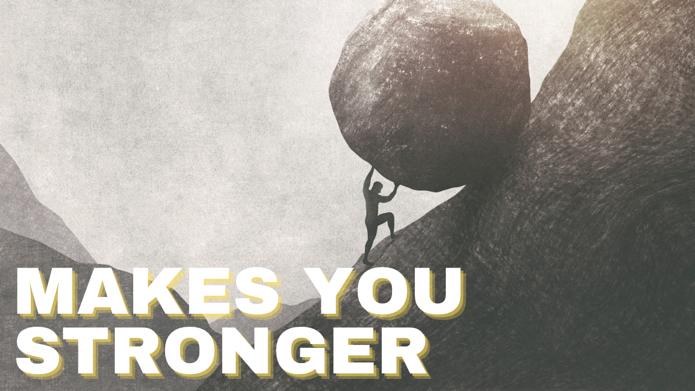 The nineteenth-century German philosopher, Friedrich Wilhelm Nietzsche (1844-1900), initiated a form of modern philosophy known as “existentialism,” which posits that human beings are each individually responsible for generating purpose and meaning in their lives.

Nietzsche was a radical in every sense of the word – anti-government, anti-religion, anti-God, anti-nationalist – a classic anarchist, even if he disparaged anarchism in his writings.

After suffering from ill-health for most of his life, Nietzsche experienced a devastating mental breakdown in 1889, at the age of 45, from which he never recovered.

Following Nietzsche’s death in 1900, his sister Elisabeth, a radical nationalist and rabid antisemite, maintained total control of his archives, which resulted in the publication of his ideas through a German ultranationalist lens, often in contradiction to Nietzsche’s own previously published opinions. Consequently, Nietzsche’s philosophy became closely associated with Nazism, although, quite astoundingly, there was no shortage of contemporary Jewish Nietzsche admirers – including Ahad Ha’am, Martin Buber, and Chaim Weizmann, who actually sent a bunch of Nietzsche books to his wife as a gift, telling her: “this is the best and finest thing I can send you.”

Nietzsche was a huge fan of the American essayist, Ralph Waldo Emerson (1803-1882), inspired by Emerson’s promotion of the transcendentalist movement, which believed in the inherent goodness of people and nature, encouraging a life of “self-reliance.” According to Emerson, “self-reliance” meant people doing everything in their power to avoid conformity, instead following their conscience and doing their own thing.

The distinct difference between Nietzsche and Emerson was that Nietzsche fully recognized and embraced the dark side of individualism. He profoundly understood that the life of a non-conformist would be an endless struggle, although he thought this was actually a good thing, because you emerge from struggle a greater person – or, as he famously put it: “Out of life’s school of war—what does not kill me makes me stronger.”

In recent years this pithy aphorism has taken on a life of its own, even finding its way into a Kelly Clarkson hit song, and as the album title for an eclectic Bruce Willis Motown release.

Nietzsche, who initially published the maxim in a book of unexplained one-liners, later explained its meaning in his autobiography Ecce Homo, which was only published 8 years after his death. He suggests that the best kind of people are those who can divine remedies for their injuries, and who know “how to turn serious accidents to [their] own advantage.”

On the basis of this explanation, Michael Brady, professor of philosophy at Glasgow University, believes that Nietzsche never meant that all suffering results in strength, but rather that if one embraces suffering as an opportunity to build strength, it will certainly lead to greater strength.

This idea resonates with a unique understanding of the curious conversation between Jacob and Pharaoh found in Parshat Vayigash. The Torah records just a brief snippet of the dialogue that took place between them, but the extract we have is both remarkable and intriguing.

Pharoah asks Jacob how old he is, to which Jacob responds (Gen. 47:9): יְמֵי שְׁנֵי מְגוּרַי שְׁלֹשִׁים וּמְאַת שָׁנָה מְעַט וְרָעִים הָיוּ יְמֵי שְׁנֵי חַיַּי וְלֹא הִשִּׂיגוּ אֶת יְמֵי שְׁנֵי חַיֵּי אֲבֹתַי בִּימֵי מְגוּרֵיהֶם – “The years of my sojourn [on earth] are one hundred and thirty; few and hard have been the years of my life, nor do they come up to the life spans of my ancestors.”

Many of the commentaries struggle with Jacob’s seemingly negative answer, and Daat Zekeinim even quotes a Midrash suggesting that as a result of this reply, 33 years were docked from Jacob’s life.

But the celebrated Jerusalem maggid, Rav Mordechai Druk (1944-2010), has a totally different take, highlighting both Jacob’s challenging life and his ability to turn every challenge into an opportunity.

When Pharoah saw Jacob, he was immediately struck by his piety and holiness, a state he imagined could only be achieved by having reached a very advanced age. According to the Talmud (Bava Metzia 84a), Jacob’s appearance was a reflection of the preternatural beauty of Adam, the first human being. Pharoah’s assumption was that Jacob must be very very old, and that’s what prompted him to ask for his age.

But Jacob smiled and shook his head. “You are mistaken,” he told Pharaoh. “Yes, I am old, but I’m not as old as many who have lived before me.” Pharaoh was taken aback by this response, so Jacob explained. “It doesn’t take an excessively long life to achieve a superlative spiritual state,” he told Pharaoh. “What it takes is a hard life lived consciously and productively.”

People can live for many decades and never experience true difficulty – or, if they do fall upon hard times, they don’t use the challenges they encounter as a growth opportunity. But if you live a life full of trials and tribulations, and each of those difficulties is embraced as a source of growth and strength, then even if your life is relatively short, you can soar to the greatest heights.

“Yes, I may be a spiritual giant,” Jacob explained to Pharaoh, “but it has nothing whatsoever to do with being old.”

It is a staple of human nature to complain and moan when things get tough, and to resent a difficult life when there are others around who seem to have it so much easier. But that approach is both wrong and self-defeating. In fact, those who have it tough have an advantage over those who don’t – as long as they recognize that advantage and exploit it to the full. Because, “out of life’s school of war—what does not kill me makes me stronger.”