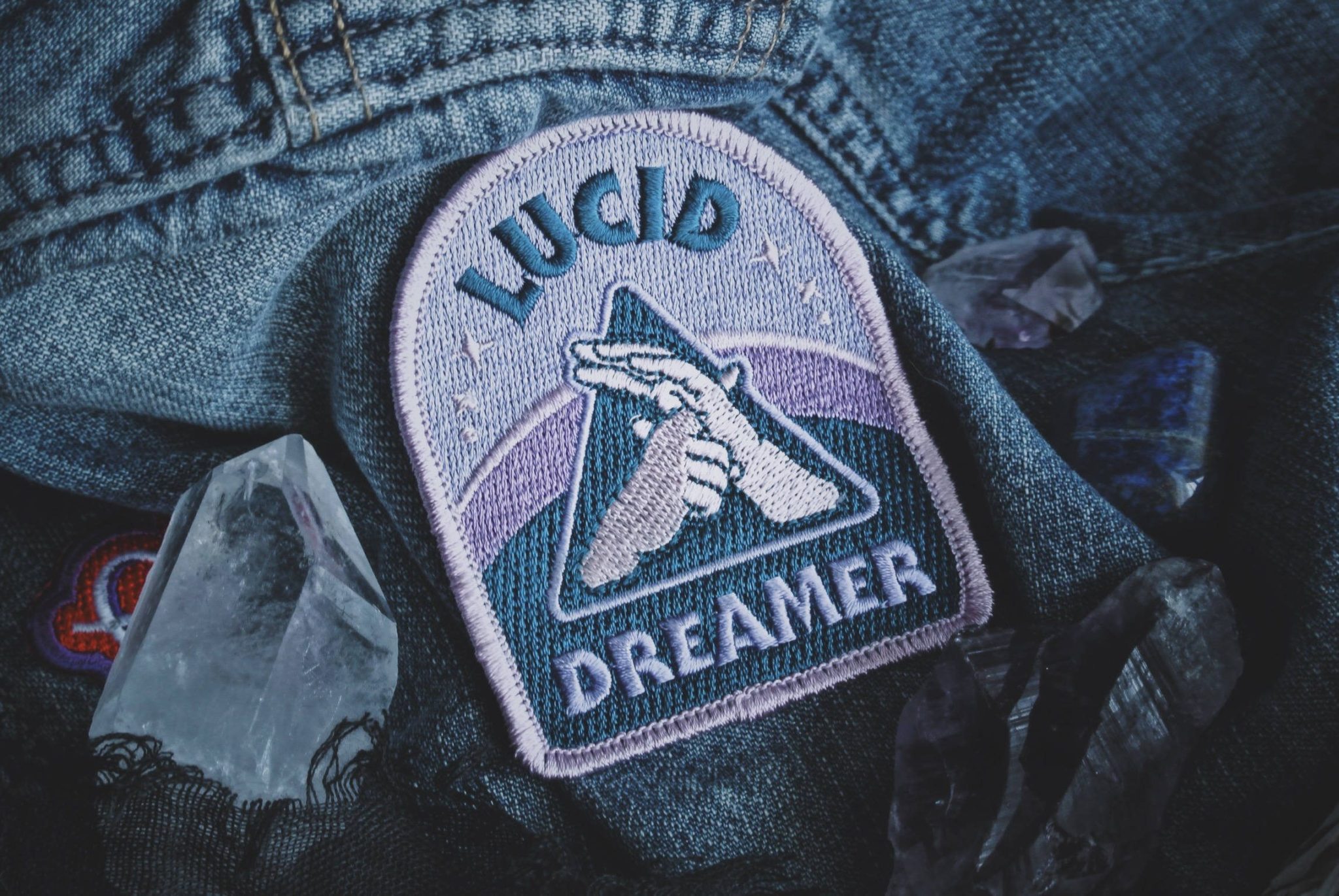 I will assume you have never heard of Marie-Jean-Léon Lecoq, Baron d’Hervey de Juchereau, also know as The Marquis d’Hervey de Saint-Denys.

Don’t worry if you have not. I, too, had never heard of him until earlier this week.

I won’t bother to share his full biography with you, except to tell you that he was a nineteenth century French aristocrat who was an expert on China, with a particular interest in Chinese plant life and domestic animals, and in his most famous book he advocated numerous ways in which they might be introduced into the western world.

Marie-Jean-Léon Lecoq’s obsession with Chinese flaura and fauna is long forgotten. But he is still vividly recalled as the modern ‘father’ of something known as ‘lucid dreaming.’

Although ‘lucid dreaming’ sounds like a phrase out of a sci-fi movie, it is a real definition, coined by Lecoq in an anonymous 1867 pamphlet to describe something he had apparently been experiencing regularly since the age of thirteen. Lecoq claimed to have the rare ability of being absolutely aware of his dreams while they were happening, suggesting that he was as close to consciousness as it is possible to be while still remaining asleep.

In the pamphlet – which was titled Les Reves et les Moyens de Les Diriger – Lecoq maintained that people with the same ability as he possessed could actually manipulate the circumstances of their dream environment, and he recommended a variety of practical techniques.

The eccentric Marquis was not just a theorist, and he went to great pains to put his methods into practice. In one experiment, for example, he threw himself off the top of the tallest building he could find – in his dream, of course – to see what would happen.

I will leave you to research, in your own time, the results of this particularly curious experiment, but suffice to say his unconventional theories and the associated experiments were treated by most scientists, then and for many years afterwards, as laughable pseudo-science.

Until recently. Over the past couple of decades, with the increased ability to measure brainwaves more accurately and with greater understanding, the whole idea of ‘lucid dreaming’ has been reborn. Neuroscientists have conducted numerous experiments with lucid dreamers, no less strange than those conducted by Lecoq, to understand the brain and the way it works while one is unconscious.

This week it emerged that a team in Bern University has conducted a number of experiments to measure the passage of time in a lucid dream, which, as it turns out, is up to 50% more drawn out than in real life.

As it turns out, lucid dreaming was a phenomenon already understood by ancient Greek philosphers, such as Aristotle. The authors of the Babylonian Talmud were also acutely aware of lucid dreaming. A passage at the end of Berachot discusses the difference between dreams that are vague while asleep and then instantly forgotten once awake, and dreams which are vivid both when they occur, and later on once one is fully conscious.

Don Isaac Abarbanel, the fifteenth century Spanish Rabbi and communal leader, comments that most dreams are simply a revelation of disorganized thoughts suppressed during waking hours, and then released during sleep. This is consistent with the modern understanding of dreams.

Nevertheless, if it is true that lucid dreamers are able to manipulate the events they are dreaming about, this presents a thorny problem for Jewish theology. It is a central plank of our belief system that one form of prophecy occurs while the prophet is sleeping.

In fact, you don’t even need to be a prophet. A person looking to understand his future through his dreams might seek guidance from a dream interpreter, as was the case with Joseph and his fellow prisoners, and later on Pharaoh.

But how would one know if a dream was a prophecy? Perhaps it is just a very realistic lucid dream?

It was this exact dilemma that vexed Jacob at the beginning of the Torah portion of Vayeitzei. He understood with great clarity that manipulatable lucid dreams can seem like prophecy, and that a real prophecy could seem like nothing more than a lucid dream.

So, when he awoke from his dream of the ladder leading to the heavens, with angels ascending and descending, followed, in his dream, by a communication with God, he exclaimed (Gen. 28:16): אָכֵן יֵשׁ ה’ בַמָקוֹם הַזֶה – ‘is it possible that God is in this place?’

Why would Jacob have been in any doubt? After going through the powerful experience of hearing directly from God Himself, as He ‘stood over him’, that he was being gifted the land of Canaan, that his descendants would be as plentiful as the ‘dust of the earth’, and that the nations of the world would be blessed through him and his progeny – why would he have questioned the validity of such an experience?

It seems Jacob was puzzled by his initial lack of awareness – if this was such a holy place, why had he not sensed it earlier? The fact that he had not suggested to him that the ‘prophecy’ was in fact nothing more than a lucid dream. It was just a replay of his father’s experience and his grandfather’s experience with God, so well known to him, which had resulted in his hopes and expectations traveling from his conscious mind into his unconscious mind to create this vivid revelation.

It was only once Jacob began to sense the extraordinary holiness of the place that he was able to accept the dream as a true prophecy, and not treat it as a mere neuropsychological phenomenon.

It was at this point that he declared, probably with some relief (Gen. 28:17): מַה נּוֹרָא הַמָקוֹם הַזֶה אֵין זֶה כִי אִם בֵית אֱלֹהִים וְזֶה שַעַר הַשָמָיִם – ‘how awesome this place is, it must surely be the house of God and the gateway to Heaven.’