LOT’S WIFE AND THE MANNEQUIN CHALLENGE 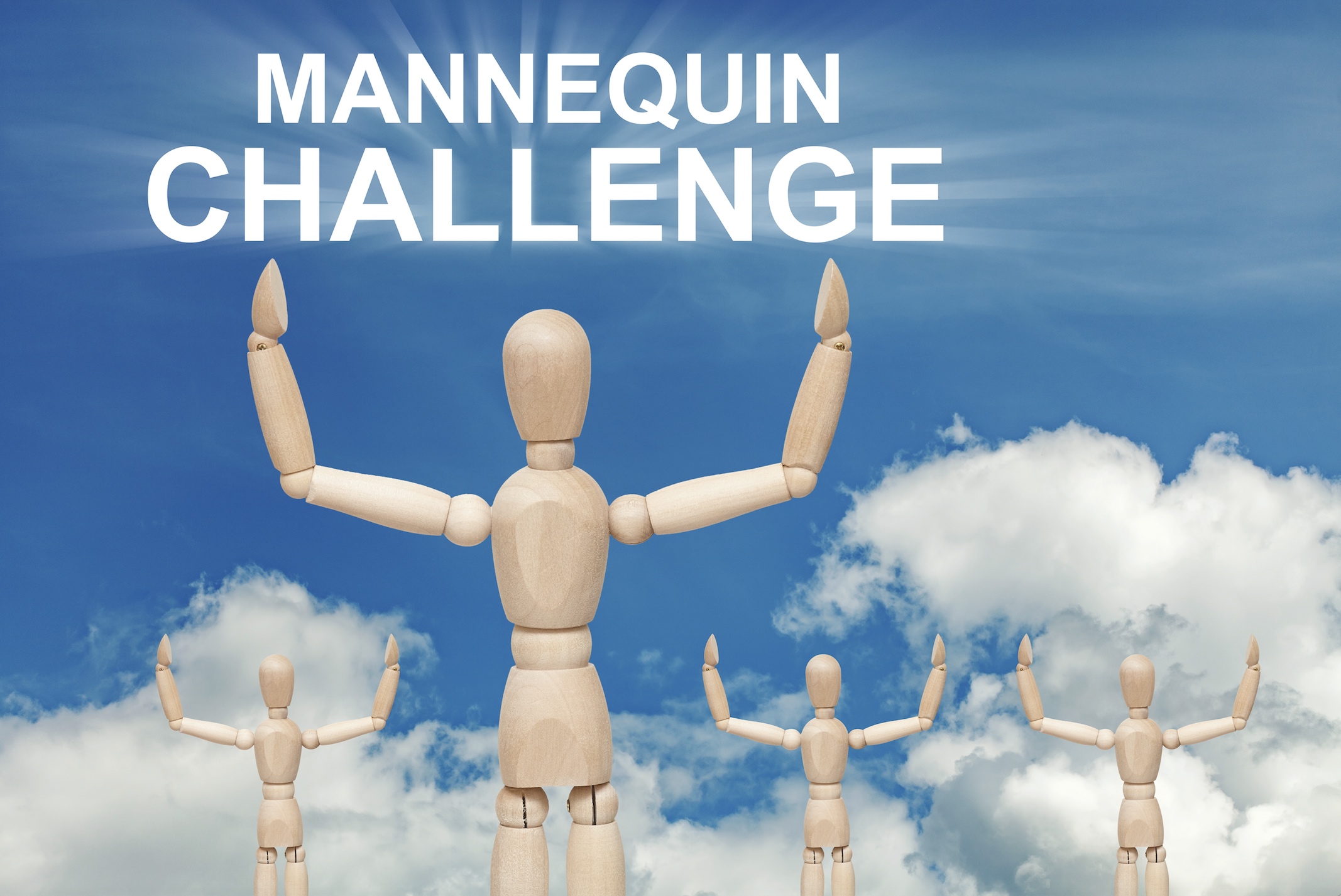 A few days ago I became aware of a viral Internet phenomenon known as the “Mannequin Challenge.”

People pose for a video, staying perfectly still while a video is taken, and the video is then posted onto the Internet.

This phenomenon began in early October and has since turned viral. Thousands of Mannequin Challenge YouTube videos have been viewed many millions of times over the past month. Notably, Hillary Clinton, together with her husband Bill and singer Bon Jovi, along with at least a dozen other people, posed for a Mannequin Challenge aboard their plane while airborne on Election Day last week. Watching that video, and any one of them, feels like being walked through a 3-dimensional photograph, actively observing a moment frozen in time.

The idea of a mannequin frozen in time is reminiscent of an episode in this week’s Torah portion. As Lot and his family flee Sodom, the Torah informs us that Lot’s wife defied the instructions of her saviors (Gen. 19:26):

She looked behind her in the direction of Sodom in the midst of its destruction, despite having been told not to, and was consequently transformed into a mannequin-like pillar of salt.

The rabbis of the Talmud inform us that the pillar of salt remains visible to this day, as a reminder of what Lot’s wife did, and to warn us not to try and imitate her.

While I’m sure local tourist guides have a lot of fun with that, confidently identifying some random pillar of salt on the shores of the Dead Sea as Lot’s wife, so that hapless tourists can take selfies with it, I must admit this facet of Sodom’s destruction leaves me puzzled, as does the rabbinic reference to the pillar of salt acting as a reminder.

What exactly are we to be reminded of?

Incidentally, earlier this week twenty-six swimmers completed an extraordinary challenge – they swam across the Dead Sea from Jordan to Israel.

The salinity of Dead Sea water is ten times higher that of normal seawater, and it is physically impossible for anything to sink below its surface. Nevertheless, even though staying afloat is not an issue, propelling oneself through highly salinized water is extremely challenging, and long term exposure to Dead Sea water is also dangerous, even life threatening, making the challenge of swimming the just under eleven miles across the salty lake all the more difficult.

The seven-hour swim was organized to raise awareness of the fragile state of the Dead Sea, the lowest body of water on earth, which is receding at the alarming rate of one meter a year. Believe it or not, the Dead Sea is dying. It is an environmental disaster unfolding in real time, with all suggested solutions for its reverse either unviable, or unsatisfactory.

It seems a lone pillar of salt is no longer enough to act as a reminder to humanity. Our generation apparently needs a salinized landscape that looks like something out of a sci-fi movie to get the message across. But what is the message?

Lot’s wife is intricately bound up with what is referred to in rabbinic literature as the ‘character trait of Sodom’. The Midrash tells us that when she served a meal to her visitors – the two angels who were there to save her family from obliteration – she claimed to have run out of salt, and went next door to borrow salt from her neighbors.

The ruse masked her real intent – to bring attention to the visitors so that they would be dragged out of her house and killed.

The Midrash cites a number of wicked practices that were common in Sodom, including the giving of marked coins to indigent travelers, then refusing to sell them any food in exchange for the coins. Once the beggars had starved to death the owners of the marked currency would retrieve their money.

Perhaps the sin of Sodom was not the malicious nature of its actions; rather it was the duplicity that accompanied them. Behind the mask of bonhomie was an underhanded immorality.

Sodom was not unique in its evil; evil abounded when Sodom existed, and has flourished ever since. Instead, Sodom’s egregious sin was that it epitomized evil dressed up as good, thus posing a danger of immeasurably greater magnitude than evident evil.

Lot’s wife didn’t protest when her husband invited the guests. She welcomed them in and then used a ruse to try and have them murdered. Later on she joined her husband in his escape, playing along with his quest to abandon Sodom – but it was a ploy. Her heart and mind were stuck in Sodom, inextricably bound up with its iniquity.

One primary target of modern Sodom is organized religion. Another one is the State of Israel. In the name of human rights and concern for human suffering, the right of Jews and Christians to practice their religion is being steadily chipped away, while Israel’s right to exist is challenged on every spurious grounds imaginable.

Behind the polished mask of political discourse is the ugly menace of unbridled bigotry and hatred. This evil dressed up as good is so utterly convincing that millions of good people have been persuaded to believe in it.

It is specifically for them that the pillar of salt reminder is so important. Never before has the world been so blind to evil and so opposed to what is really moral. The world needs to see Lot’s wife and come face-to-face with the futility of Sodom’s aspirations.

Ultimately, as we know, good always prevails over evil.

The question is only – who will be in Sodom when it is destroyed?