LOST, BUT NOT IGNORED 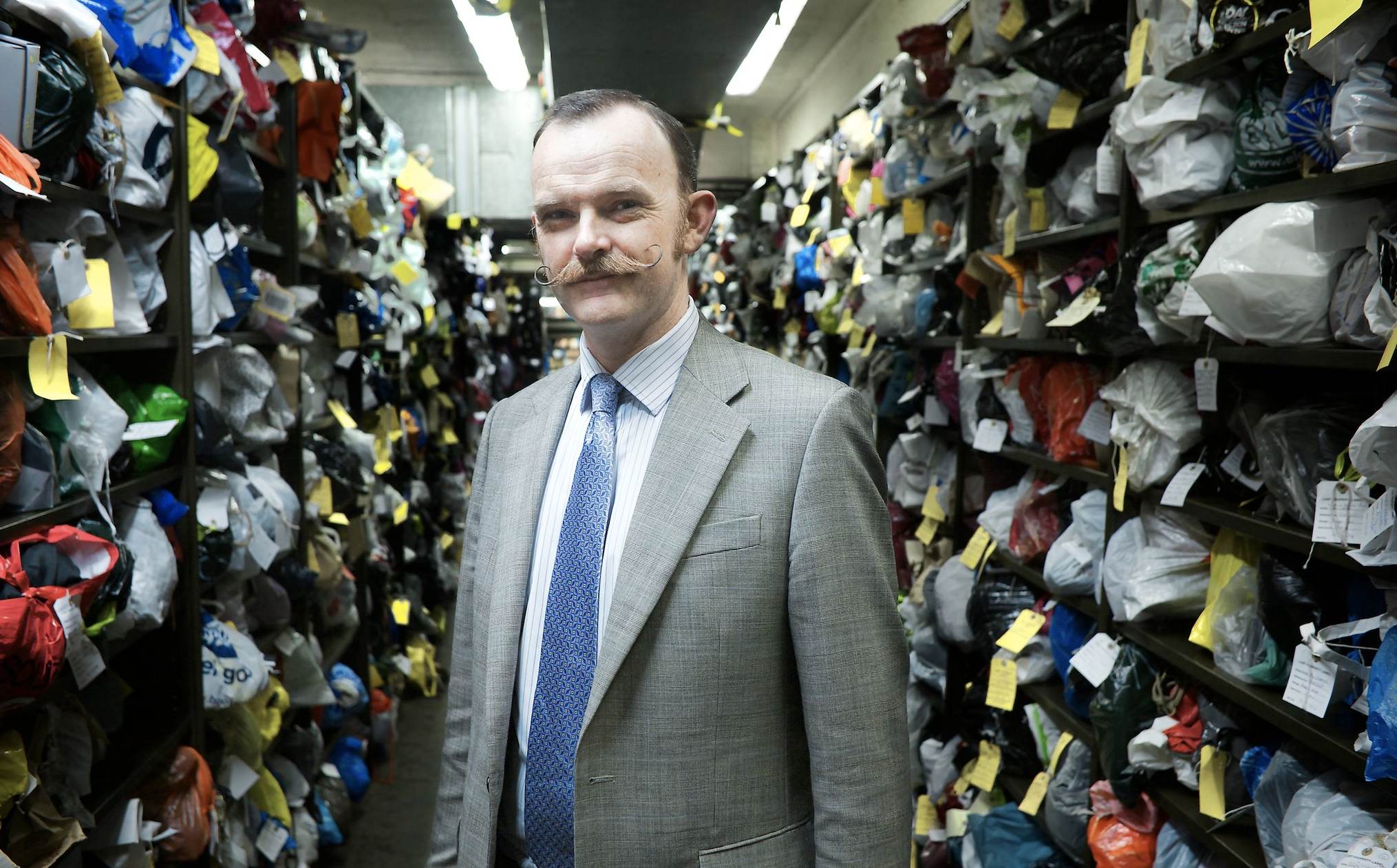 Paul Cowan has a very unique job – he is the head of Transport for London’s “Lost Property” division. Until September last year, this iconic division of London’s public transport system was located on Baker Street, not far from the fictitious home address of British literature’s most famous detective, Sherlock Holmes.

According to the official announcement charting the move to their new premises, “more than 900 items of lost property are found every day on London’s transport network and the current premises at 200 Baker Street – which first became home to the Lost Property Office in 1933 – are no longer suitable for the efficient running of the service.”

Originally from New Zealand, Cowan runs what is the second largest lost property office in the world, beaten only by a similar facility in Tokyo, Japan. But although it may not be the largest such facility, the TfL Lost Property Office is totally unique – just so quintessentially British, with an understated, sardonic, tongue-in-cheek attitude among those who work there that has turned what could have simply been a boring sorting service into something so much more.

A favorite among the unclaimed items is a life-size stuffed gorilla, that the TfL staff have named Eddie. The gorilla, complete with his Hawaiian shirt, has been adopted as their official mascot, and has become so famous that it is featured as the front cover image for the “Night Tube Pocket Map”.

Intriguingly, Eddie is not even the most unusual object found on London’s public transport network. As far as Cowan is concerned, the strangest item of lost property ever handed into his office was an urn of crematorium ashes. “It was a chap called Thomas,” he told BBC radio, “and he sat on my desk for the best part of five years.” Thomas’ ashes were eventually reunited with his family.

Surprisingly, very few items are ever claimed. On average, just 20 per cent of lost items are claimed within three months after being handed in, after which they pass into the possession of TfL.

And unclaimed items are not necessarily those you’d expect to be abandoned by their owners. Cowan’s thesis is that when people lose something, they often see it as an opportunity to treat themselves to something new.

The facility houses a large repository of lost crutches, which Cowan considers particularly strange. As he told the BBC, “either there are miraculous curing powers on the London Underground, or there’s a lot of people hopping around London without their crutches.”

Cowan claims that the office has also had to deal with lost breast implants and prosthetic limbs – something I find absolutely mindboggling. There have also been wedding dresses, countless wedding rings, skis, microwaves, TVs, a pile of Mexican sombreros, and there was once someone who left a coffin on the tube.

“When someone rings up and says: ‘Help! I’ve lost my wedding ring and I’m getting married on Friday’, you snap into action mode pretty quickly,” Cowan says, with a twinkle in his eye. Cowan calls the TfL storage facility “The Wonder Emporium” and struts around the subterranean repository with an air of propriety that is combined with ample good cheer – he is truly the king of London’s vast inventory of lost property.

But as I researched this peculiar department of London’s transport network, I was most struck by the reaction to this unusual phenomenon by a journalist called Leo Hornak, founder of In The Dark – a non-profit devoted to producing strange and wonderful pieces of radio in strange and wonderful venues.

Writing in 2016, he noted an aspect of the TfL Lost Property operation that one might quite easily miss: “Standing in the storeroom, I realize there are two ways to look at these groaning shelves. One is to feel the loss, the emotional loss. All those moments of rising panic when a precious thing was searched for and ended up here instead… But there’s another, more positive way. Every iPhone, child’s toy and digital camera [in this storeroom] is also tribute to the honesty and decency of a Londoner who found that item and passed it on to [Cowan]’s team.”

His observation reminded me of the phrase in Parshat Ki Teitzei that concludes the instruction to return lost items to their owners, a mitzva known as Hashavat Aveida. When one spots a  lost item one should not ignore it, the Torah warns, rather one must find its owner so that he or she can be reunited with their possession. The passage ends with the words (Deut. 22:3) “Lo Tuchal Le’hitalem” – “you cannot ignore it”, a reference to the lost item. But the fact that this phrase includes the word “tuchal” is curious; it could easily have been omitted without any loss of meaning.

Rabbeinu Yonah of Gerondi, the revered medieval rabbi and Jewish ethicist who was also a cousin of Ramban, notes that this seemingly superfluous word contains a powerful lesson in human relations, the cornerstone of all mitzvot which relate to social and communal behavior.

With this one word the Torah is teaching us that it is not enough to return a lost item as a matter of duty, rather this act of civic duty must be underpinned by an acute awareness of the fact that as a caring human being one must never be the kind of person who sees someone else’s lost item, with all the distress that such a loss may have caused, only to coldly return it because of an ordinance that requires it to be returned. That is simply not good enough. Instead one must work on oneself to become the kind of person that “cannot ignore it” – another person’s distress must become your distress, as if you had lost the item and wanted it to be returned to you.

As we approach the High Holidays, and anticipate squaring our accounts with God, we might well consider – as Leo Hornak did when he strolled through Paul Cowan’s “Wonder Emporium” – that returning lost property, and indeed doing all the many things we do to maintain good relations with others, should never just be a reflection of duty, rather they must also reflect a generous-spiritedness that we have worked on in ourselves so that we are not just someone doing the right thing, but rather we are someone who aspires to do good, be good, and make the world a better place.

Images – Top: Paul Cowan poses in front of one of the hundreds of shelves packed with lost property items found on London’s transport network; Bottom: Eddie, the stuffed gorilla, found abandoned some years ago on a London Underground train.