LOOK BEYOND THE OBVIOUS 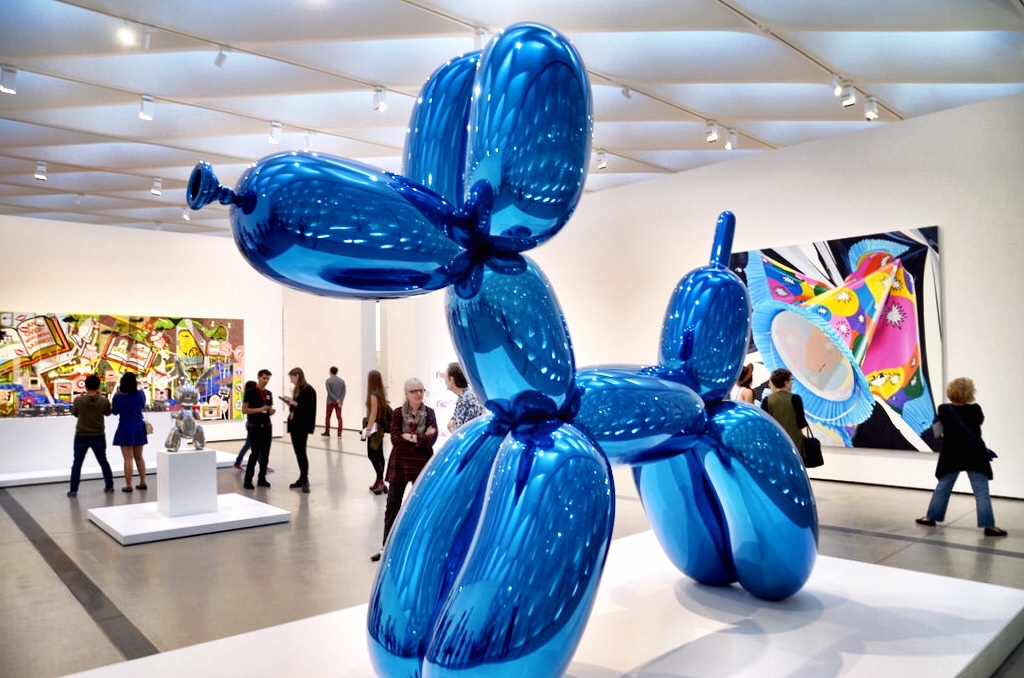 Last Sunday, a whole group of us from Beverly Hills Synagogue went to visit the Broad Museum, a new Modern Art installation in downtown L.A.

To be perfectly honest, I have never been a great fan of Modern Art. Not that I don’t like art, or aesthetic beauty; I just feel that more often than not the ‘modern’ artist is so determined to provoke some kind of strong reaction, they lose sight of the fact that art is not just about a reaction.

Classic Art is similarly full of triggers and messages, but it is also pleasing to the eye. So while a proportion of the art displayed at the Broad was wonderful and exhilarating, some of the other pieces were utterly ridiculous, requiring any normal person to suspend their rational or natural reactions in order to find a reason to appreciate it.

The growth of what has become known as Modern Art in the latter half of the nineteenth century was, according to many art historians, a reaction to photography. Before photographs the only way to capture a scene or a person for posterity was for an artist to paint what he or she saw onto a canvas, or to sculpt it in metal, stone or wood.

With the advent of photography, a painted or sculpted record that was real and accurate became less urgent, and artists began to experiment with alternative images – impressionism, post-impressionism, expressionism, fauvism, cubism, and many more.

The idea of Modern Art was to leave the ‘narrative’ behind and go in a more abstract direction, allowing the observer of the final product to see something more spectacular than reality.

The problem is — sometimes it works, and sometimes it doesn’t. Perhaps it depends on the observer. Or perhaps the artist occasionally drifts so far into the abstract that the narrative gets completely lost.

The one thing Modern Art demands is that one actively uses one’s brain. There is a need to focus one’s mind and delve meaningfully and deliberately into the art so that it will mean something, and not just be a fleeting image.

If Modern Art has taught us one lesson, it is exactly this principle. Things are not just things, events are not just events, and life is not just life. There is a subtext to every aspect of life and something to learn from every experience. If the fourth dimension is time, perhaps the fifth dimension is meaning.

The most powerful lesson we can draw from the Biblical Exodus, and the drama that surrounded it, is that things are not what they seem. Most of the Bible commentaries address the issue of the supernatural aspects of the Exodus and why they were necessary. All the answers ultimately echo the same point – Jewish nationhood and the creation of a group chosen by God was akin to the incredible miracle of creation itself.

The entire universe would be utterly pointless if there was no one within it, in all its vastness and in all its intricate detail, who recognized its creator.

The story of the ancient Hebrews emerging from slavery into freedom as a nation who would lay claim to that mission, is therefore not and will never be an emancipation story, nor the happy ending for a movie script. It is a story that reflects the ultimate purpose of creation.

Those who focus on the exotic aspects of the Exodus narrative and see it simply as literary entertainment, miss the point completely. In fact, the first one to miss the point completely was Pharaoh himself, who struggled to understand what was going on around him as Egypt collapsed in chaos and the ‘reality’ he took for granted unraveled ever further with every one of the ten plagues.

Pharaoh believed in a physical universe that operated according to rules he understood, and he could not adapt his operational strategy, even as each of those familiar rules was broken and it became evident that something else was at play.

The commentaries identify each of the plagues as a stage in the learning process for Pharaoh and his nation. And those same lessons endure and remain to be reabsorbed by every human being who has lived ever since.

The broader message for us to take on board is that if Pharaoh had only had the sense to recognize God as the omnipotent creator with a mission for the descendants of Abraham, Isaac, and Jacob, his nightmare would have been over much earlier.

Pharaoh’s mistake was to view the ten plagues as a series of unfortunate and coincidental natural occurrences, or as a series of diabolical magic tricks executed by Moses. These interpretations suited him, as considering any alternative would have totally undermined Egyptian culture, beliefs, and way of life. But the hubristic interpretations were a grave mistake.

We tend to see the world around us more through Pharaoh’s eyes – as if it is Classic Art. What we see is what it is, and the world is at it is because that is the way it has always been.

But perhaps we should see the world around us more like Modern Art, which demands that we take off our reality glasses and use our imagination to figure out alternative scenarios, not all of them comfortable or comforting.

And as Jews we have a particular requirement to reflect on the ever-changing kaleidoscope that is our lives, and to evaluate the meaning behind everything we see or experience.

Those who profess atheism, or who see science as an alternative to God, refuse to look beyond the mechanics of nature and the seeming limitations of our existence. They do not see the wonders of creation and the incredible blessing of having God as part of our lives.

We need to be freed from Egypt, so that we can see more than just the image in front of us.

Photo: Display at the Broad Museum in Los Angeles (www.thebroad.org)