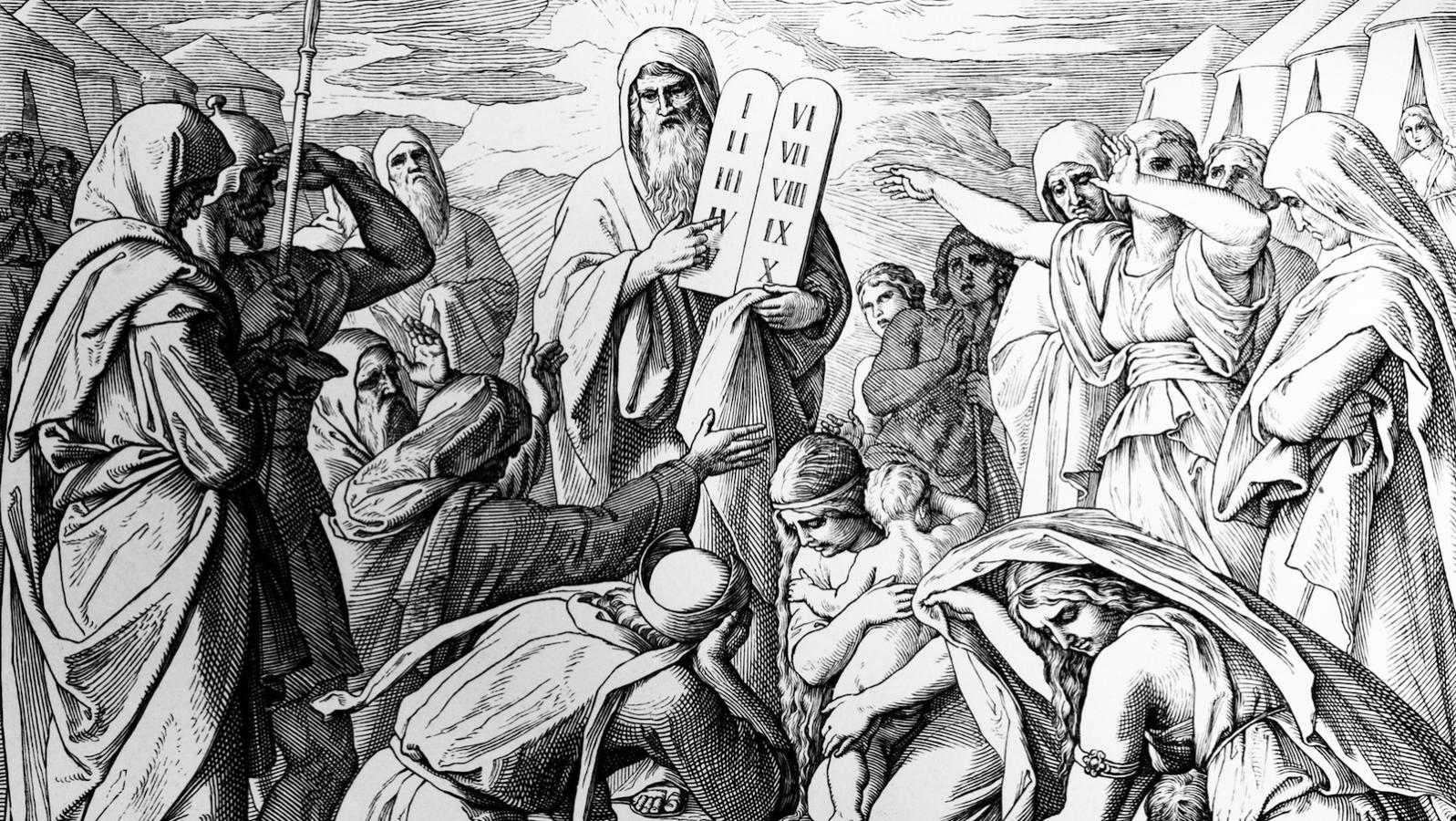 One of my favorite Midrashic narratives describes God’s attempt to find a nation willing to accept His Torah (Sifrei, Devarim 343).

The narrative depicts the nascent Jewish nation’s willingness to embrace the Torah, and juxtaposes their enthusiasm with the reaction of various other nations who refused the Torah on the basis that it included elements they deem intolerable.

God approaches the descendants of Ishmael and asks them if they want the Torah.

“What does it contain?” they inquire.

“Do not steal,” God replies.

The narrative concludes with God offering the Torah to the Jews, who make no inquiries as to its content, declaring in unison נַעֲשֶֹה וְנִשְמַע – “we will do what it says, and we will listen to what it says.”

The account is obviously fanciful and the interactions between God and these nations never took place in the way the Midrash describes them.

Clearly the idea behind this narrative is message orientated, and the message appears to be the Jewish nation’s unconditional willingness to abide by the Torah, as opposed to the other nations cited in the story.

The problem with this being the only message is that it fails to acknowledge the unfairness of God’s exchanges with those other nations. After all, if His first and only demand was that they renounce their favorite sin, surely He was setting them up to say no?

Why didn’t He tell them that the Torah contains shabbat and festivals, or the laws concerning sacrifices, or honoring one’s parents? These would have been mitzvot they could have embraced immediately, and then, in the fullness of time, their observance of these less objectionable parts of the Torah might have led them to abandon their cherished sin.

It is also worth reflecting on the fact that God confronted each nation with their Achilles heel, driving them into an Orwellian “Room 101” before they had even had the chance to see what else the Torah had to offer. Would the Jews have fared any better in the same situation?

It is all very well to say that we declared our allegiance to the Torah without demanding to know its content, but over the weeks and months that followed we failed God and His Torah on countless occasions.

Perhaps those other nations should even be commended for having been more honest in their response. By rejecting the Torah they had demonstrated a greater self-awareness than we did.

Rabbi Chaim Yaakov Goldvicht suggests that the response of the Jews to God’s inquiry demonstrated they had conquered their greatest weakness of all – an almost instinctive lack of unity and mutual respect. When they declared in unison “we will do, we will hear,” they demonstrated their ability to rise above the sum of their parts by putting aside their differences, and becoming one nation in the service of God.

This idea is hinted at elsewhere in the story of Mount Sinai: in anticipation of the Sinai revelation the Torah first says of the Jews that “they came to Sinai, they camped in the desert” – all in the plural.

But once the Jews arrived at Mount Sinai, they are referred to in the singular. Rashi quotes a Midrash stating that at Mount Sinai the nation was “like one man, with one heart.”

Although Rabbi Goldvicht’s thesis is compelling, it still leaves an open question. If the nations of Ishmael, Esau, Ammon and Moab each collectively rejected the Torah, surely their unity for this purpose is equally laudable?

One of the definitive characteristics of sociopaths and psychopaths is their lack of empathy. They have little or no ability to understand and share the feelings of others, which results in behavior that is risky or harmful to others, as they are not inhibited by guilt, fear, anxiety, self-doubt, or remorse.

The unity of the nations that rejected the Torah was based purely on selfishness and self-interest – each nation was a collection of psychopaths and sociopaths acting not as a singular unit, but as a unit of multiple individuals motivated by common interest.

But ultimately there is no such thing as common interest for a psychopath, only mass individual self-interest. God needed to know if these nations could let go of the parts of their national culture that would eventually lead to a complete breakdown of their societies. But the answer was an unequivocal “no!” — and He knew then that these nations were all doomed to oblivion.

The Jewish nation was different. Uppermost in each of their minds was a desire to help others and to be there for each other, even if this meant their individual lives would suffer.

If God assured them that the Torah was good for the nation as a whole, even if as individuals they might struggle with all of its many rules, even if they were unable to match up to its requirements, they instinctively knew what they had to do.

Of course they failed this ideal from time to time, even frequently to start with, but overall, and over millennia, our success as a nation has stemmed from this one overriding trait – the individual desire of each and every one of us to concern ourselves for the welfare of others at our own cost, so that our nation as a whole can thrive and prosper, and be true to our original declaration of נַעֲשֶֹה וְנִשְמַע.

Photo: “Moses with the Ten Commandments and the Israelites” from Die Bibel in Bildern by Julius Schnorr von Carolsfeld (1794–1872)