LESSON OF THE ARAB SWORDSMAN 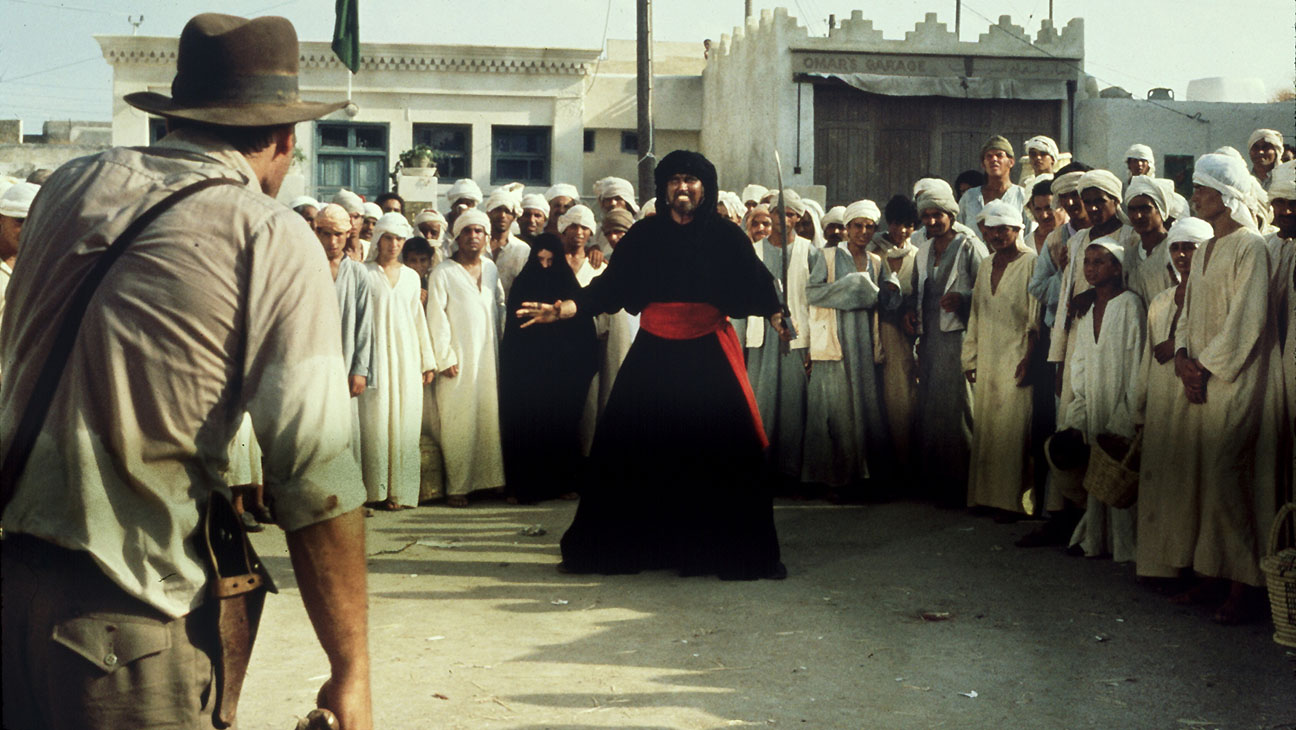 I was 11 years old when the movie blockbuster Raiders of the Lost Ark was released in theaters.

My parents debated whether I could join a group of my friends to see the movie; they thought that maybe the search for the biblical ark-of-the-covenant theme was inappropriate for a frum kid studying in a yeshiva elementary school, trivializing a very serious and holy object.

In the end they relented, and I went to see the movie with my friends. We were absolutely mesmerized, not just by the action sequences, but by the fact that film producers in Hollywood were interested in something our Jewish faith considered so sacred.

The idea that a storyline featuring modern-day gentiles risking their lives to get their hands on the “Aron HaBerit”, the centerpiece of the Holy of Holies as described in our Torah, was truly exhilarating.

I remember we walked out of the cinema with an extra bounce in our step, a bounce no doubt boosted by the climax sequence during which the Nazi villains were incinerated.

After all, most of us were children or grandchildren of Holocaust survivors, and seeing evil Nazis suffer was quite a change from the whispered narrative we were rather more familiar with. And, of course, we were delighted that the Holy Ark had not fallen into the hands of the Nazis!

I remember that there was one scene in the movie that had everyone in the cinema laughing. At a certain point in the film, Marion Ravenwood, an associate of the movie’s hero, Indiana Jones, is kidnapped in Cairo by a gang of thugs hired by the Nazis to stop Jones and his group from hindering their attempts to locate the Ark.

The leader of the gang is an Arab swordsman, a well-known and feared bandit in the city’s underworld. As Jones frantically searches for Ravenwood in Cairo’s bustling streets, the crowd suddenly parts and the Arab swordsman is standing there facing him, just a few paces away, grinning evilly, with an oversized scimitar in his hands.

As the crowd goes quiet, and Jones stands seemingly helpless in the face of his imminent death, the swordsman flamboyantly shows off his skills with the fearsome weapon, presumably to intimidate Jones before finishing him off. Completely unfazed, Jones takes out his revolver and shoots him dead. The street crowd cheers, and Jones heads off to continue his search for Ravenwood.

Theater audiences across the world loved this scene, and it is considered one of the most memorable moments in the movie, recently reemerging as a popular gif.

But as it turns out the entire sequence was an accident. Jones was actually meant to have a spectacular fight with the swordsman, using his bullwhip to get the better of him, but the actor, Harrison Ford, was suffering from dysentery, which meant that he “found it inconvenient to be out of my trailer for more than 10 minutes at a time.”

Production could not possibly delay the shoot until he recovered, as they had to leave for the next filming location in just a couple of days, so the director decided to change the scene and shorten the filming time to accommodate Ford’s unfortunate situation.

But nothing happens for nothing. The scene is powerful – as well as funny – because it points to the classic miscalculation made by those who are used to supremacy, and who never imagine that their dominance will be challenged, or that their power will be diminished.

Think of the doomed cavalry charges of the First World War, mounted soldiers galloping towards certain death as machine guns ripped them and their horses to pieces.

Cavalry divisions had been the ultimate symbol of military power for centuries, but by the 1920s frontline cavalry had more-or-less completely disappeared from the military lineup of world powers. And those who were slow to do away with their cavalry were vulnerable, and suffered the consequences in future military confrontations.

Doing things in exactly the same way they were always done is not a holy goal; if anything, it is an unholy trap that can be both self-deluding and destructive.

To be clear, this powerful but important idea is not only drawn from an amusing moment in a popular movie. There is a much more powerful source at the heart of one of the most puzzling episodes in Noach.

The Sefat Emet (Likkutim) offers a startling explanation as to why Noah became inebriated after emerging from the Ark after the Great Flood. Surely he knew his drinking limits, and, if he was a righteous man, would have taken care not to drink too much so that he become embarrassingly drunk.

The Sefat Emet therefore suggests that Noah’s drunkenness was due to biological changes he had experienced as a result of the new post-flood conditions. This physiological transformation meant his alcohol tolerance was lower, and a small amount of wine which would previously not have affected him now caused his intoxication.

The current Tolna Rebbe of Jerusalem, Rabbi Yitzchak Menachem Weinberg, is highly regarded as an expert in finding common ground between modern methods of education and ensuring the continuity of Jewish traditional values for the emerging generation.

He adds that the Sefat Emet’s explanation has far broader implications, bringing to our attention an urgent need to be aware of differences between different eras.

The blind assumption that what was done in the past was good then, so must be good now, poses a great danger, particularly if we want to maintain the values and traditions of that past.

Adapting to the realities of the present has to be a constant consideration, even as we struggle to retain the identity of previous generations.

Nobody wants to be the Arab swordsman, displaying stunning swordsmanship, only to die with a bullet in the chest.

Image: Indiana Jones faces the Arab swordsman in the famous scene from the 1981 movie Raiders of the Lost Ark.