JERUSALEM IS OURS AND ITS TIME WE SAID SO 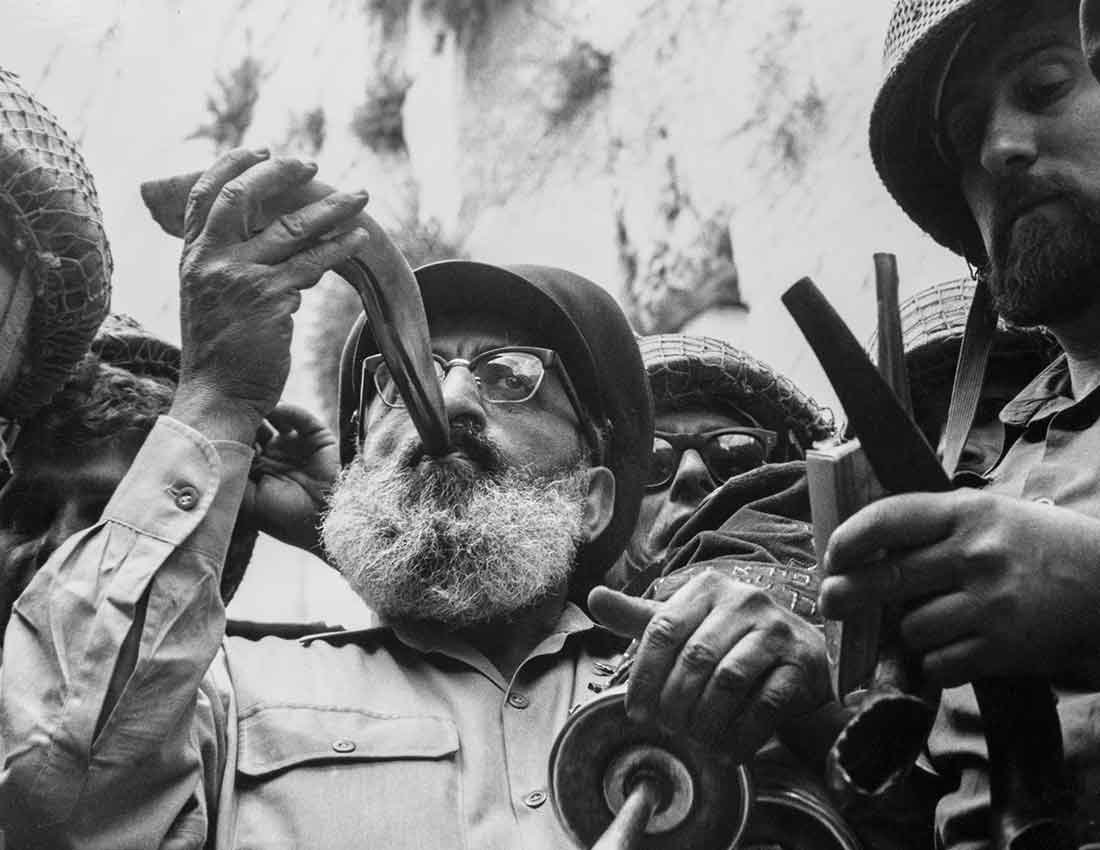 One of the first Talmudic passages taught to young Jewish students is a Mishna in tractate Bava Metzia that sets out a case in which two people find an abandoned cloak at more or less the same time, and both claim it belongs to them.

The very same Mishna goes on to deal with a similar dispute, although this time one of the parties claims the whole cloak is his, while the other one claims just half of it, perhaps conceding that both of them had picked it up at the same time. In any event, the Mishna informs us that the oaths taken by both parties are now revised as follows:

When I first studied this passage I was just ten years old. Even then I was struck by what I perceived as an injustice of this civil legislation. It seemed to me that in the latter case of the Mishna, the second party in the dispute was being penalized for his honesty. After all, he could have said he owned it all, and ended up with the half that was rightfully his?

A number of Talmudic commentaries address this question, and offer a selection of wise and erudite answers. None wiser, in my view, than the simple observation that this dispute no longer has anything to do with the first half of the cloak — after all, both of the disputants seem to agree that the first half belongs to the one who is claiming the entire garment.

Which means that the dispute is only over the second half. With that in mind, the fair solution is to treat the second half as the cloak in dispute — and then to divide this up on the same basis as the full-size disputed cloak in the first part of the Mishna.

On that basis, it is clear that the so-called Peace Process between Israel and the Palestinians has far more similarity to the second case in this ancient text, than to the first. After all, when Moshe Dayan foolishly handed control of Temple Mount to the Muslim religious authorities in 1967, in accordance with a disgraceful ideological philosophy — he is on record as having said that the Israelis had “not come to conquer the sacred sites of others or to restrict their religious rights, but rather to ensure the integrity of the city and to live in it with others in fraternity” — he was essentially saying that Temple Mount itself was “half of the cloak” that was not his to claim.

The long-term result of this strategic error has been an absolute disaster, with the dispute over the hallowed ground of Temple Mount and its environs reduced to the other “half of the cloak” we claimed as ours, but are now forced to defend. Had we insisted then that Temple Mount was an exclusively Jewish holy shrine, and had been such for 1,500 years before Muhammed was even born, things might look very different today.

But it is not too late. After 50 years of watching Israel’s politicians dance around this issue, frightened to tread on political territory that is fraught with danger, it is time for this matter to be taken out of the hands of the Israeli government alone, and for it to be taken up by Jews (and Christians) who are outraged that a site whose holiness and sanctity cannot be overstated is being stolen from us in front of our very eyes.

Never before in Jewish History have Jews turned away from this duty. Even after the two Temples were destroyed, the first one by the Babylonians, the second one by the Romans, Jews saw the new Temple rebuilt in their mind’s eye, and prayed for it each day, multiple times:

The thing is — how can we expect God to take our prayers seriously if we spurn every opportunity to vigorously and vociferously articulate our claim to the location on which the Temple will be rebuilt? And while I can understand how secular Israeli politicians and diplomats are uncomfortable putting forward positions that have religious implications — no doubt they feel they will not be taken seriously — what excuse can any religious Jew have for not publicly saying explicitly what it is we all pray for daily, namely for the day when there will be no mosques on Temple Mount, and our Temple will be rebuilt there in all its splendor?

And, by the way, my question is not just addressed to Religious Zionists — it is addressed to every shade and stripe of religious Jew, from ardent Zionist to anti-Zionist Satmar, and everyone in between. This is a belief we all share in common — and if our current claim to Eretz Yisrael is to be taken seriously, and if we want to be taken seriously as Jews, it is time for us to insistently claim the entire cloak, and not to reduce our claim to a mere half.

After fifty years in control of this piece of land, it is the least we can do.