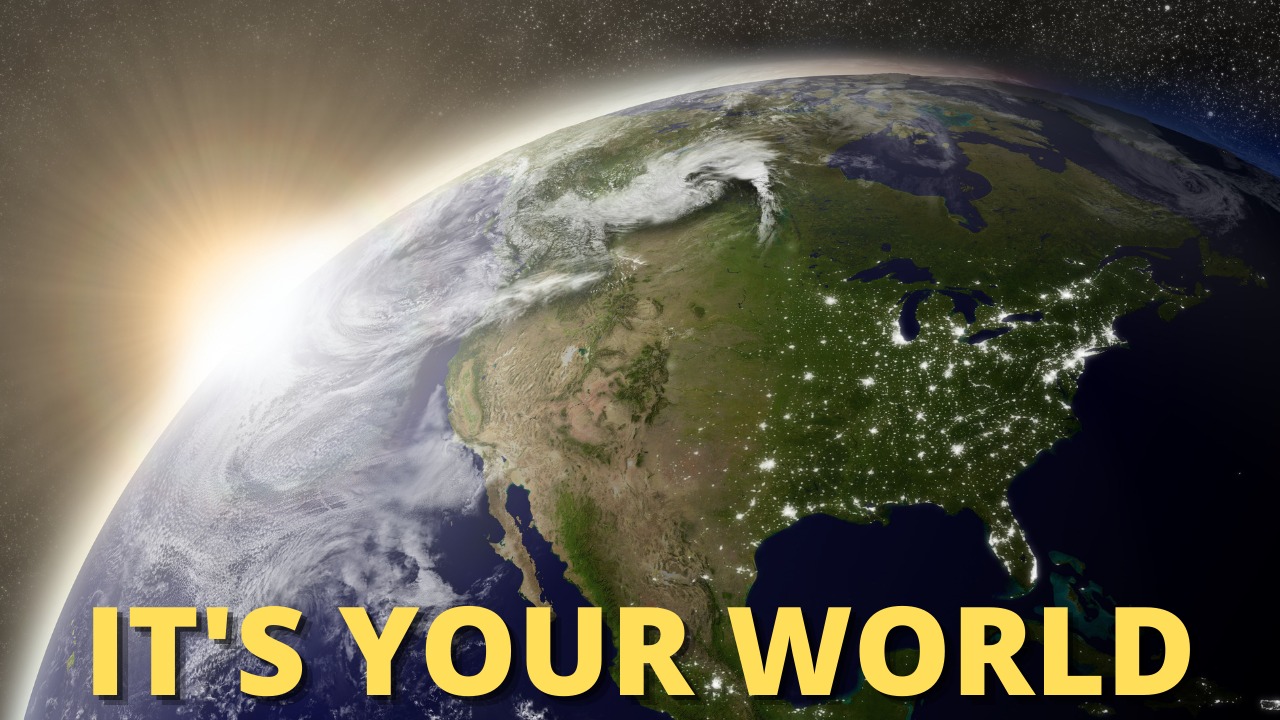 Although the issue of global warming and climate change are already familiar to us, it was not until this week that the indisputable facts of just how bad things have got actually hit the world between the eyes. After the release of the IPCC Sixth Assessment Report there is no turning back. In an article headlined U.N. climate change report sounds ‘code red for humanity’, the Reuters coverage echoed the essence of dozens of similar reports: “Global warming is dangerously close to spiraling out of control … the world is already certain to face further climate disruptions for decades, if not centuries, to come.”

Such predictions coming from serious sources and not tabloid sensationalists, based on the work of 234 scientists from every conceivable relevant field and drawing on more than 14,000 scientific studies, should give us all pause for thought. In a Summer during which: Germany and Belgium experienced unprecedented floods that killed 196 people and caused a staggering $30 billion of damage in Germany alone; the largest wildfire in California history destroyed over half a million acres, even as over 100 wildfires burnt their way through over a dozen other states; over 150 million people across the U.S. were sent heat warnings as extreme temperatures hit almost every region; more than 300 people died in flooding in central China, with 50 still missing; and the U.N. warning that multiple regions across the world which have experienced back-to-back droughts can expect food shortages and starvation on an unprecedented scale – how can we sit back and pretend that none of this is affecting us?

We have just experienced the hottest decade in human history, while the world’s glaciers continue to melt at a rate that is “unprecedented in at least the last 2,000 years.” Oceans are 8 inches higher than they were a century ago, and, shockingly, sea level increase rates have doubled since 2006. All of which makes the major point to emerge from the IPCC report – that although the damage that has been done to the environment is irreversible, how badly matters unfold from now is really up to us – all the more important.

Ko Barrett, who is an IPCC vice-chair and the U.S. representative to the U.N. for climate issues, expressed it bluntly in an interview to the New York Times: “There’s no going back from some changes in the climate system, but immediate and sustained emissions cuts could really make a difference in the climate future we have ahead of us.” The science is simple. Each degree of increase in global warming has a measurable impact on sea levels, global rainfall patterns, and the frequency of deadly heatwaves, all of which, in turn, will impact millions if not billions of people – and not just those who live in deprived regions of the world. To go on without any change would simply be an exercise in self-destruction. Now, if that’s not a wake-up call, I don’t know what is.

There is a curious law buried in the Torah’s detailed instructions for military engagement in Parshat Shoftim (Deut. 20:19): כִּי תָצוּר אֶל עִיר יָמִים רַבִּים לְהִלָּחֵם עָלֶיהָ לְתָפְשָׂהּ לֹא תַשְׁחִית אֶת עֵצָהּ לִנְדֹּחַ עָלָיו גַּרְזֶן כִּי מִמֶּנּוּ תֹאכֵל – “While at war against a city that must be besieged for a long time in order to capture it, do not destroy its trees by wielding an ax against them – you may eat from them, but you may not cut them down.” Many of the traditional commentaries understand this commandment allegorically. In our desire to repent, and in our battle with the bad habits that lead us astray, we might be tempted to engage in a scorched earth policy and totally discard our past as if it never existed. The Torah wants to warn us not to do that: “don’t destroy the trees that can produce fruit,” the Torah says – don’t throw out those valuable elements of who you are that might be applied for good purposes.

But while this lesson is undoubtedly important, Abarbanel sees a literal interpretation in the verse that is simultaneously obvious and extremely powerful. Clearly, those who are besieging the city will prevail, but at what cost? If the conquered city has been stripped of all its resources before the siege is done, what is left for the victors once the city has been conquered? Why destroy something precious that will soon be yours? According to Maimonides (Sefer Hamitzvot NC57), even if cutting down the tree will demoralize the enemy and ease the path to victory, it is still prohibited. Notwithstanding a short-term benefit, the long-term impact always remains paramount.

Maimonides actually takes this law even further (MT Kings & Wars 6:8), insisting that the destruction of trees is not just limited to times of war, and he mandates penalties for anyone cutting down trees even during times of peace. It would appear Abarbanel’s practical logic is the driving force underscoring this whole issue. Wanton destruction of our planet might seem okay in the moment of execution, and may even serve a purpose, but ultimately it is we who are left picking up the pieces. Why would we engage in self-harm once we know that this is what we are doing?

The world’s industrialized nations have for far too long disengaged themselves from absorbing the short-term pain required for the sake of long-term gain. Half-hearted recycling campaigns, non-fossil fuel cars that are too expensive for most buyers, erratic and costly solar energy conversions for homeowners – these are not even the minimum requirements if we want to reverse the crippling climate change that will affect us all. Some major companies have woken up to this, such as Alphabet (Google’s parent company) – which became carbon neutral in 2007 and aims to be totally run on carbon-free energy by 2030, along with the technology conglomerate HP, which has committed to eliminating 75% of its single-use plastic packaging by 2025 as compared to 2018 levels.

I’m particularly proud that our synagogue, Young Israel of North Beverly Hills, is the first synagogue in the United States, and perhaps the world, to become carbon neutral, through a partnership with the green financial services company Aspiration, which will plant thousands of trees to offset the impact of our carbon footprint. I hope others will follow.

But it shouldn’t be just corporations and organizations. We, as individuals, must also do whatever it is we can do to ensure that the future is not quite as apocalyptic as the worst-case-scenario scientific predictions, whether it is by reducing our beef intake, or by using less water, or by buying energy-efficient appliances, or even by doing simple things at home such as turning off lights, or appliances that are on standby. There is too much at stake to get this wrong. And we, who are God’s faithful, must be doubly conscious of our role in the planet’s destruction, or in its potential for recovery from doom.

Let us apply Abarbanel’s wisdom and ensure that our collective eye is firmly focused on a brighter future. After all, what is the point of survival if everything we know and need is destroyed in the process?