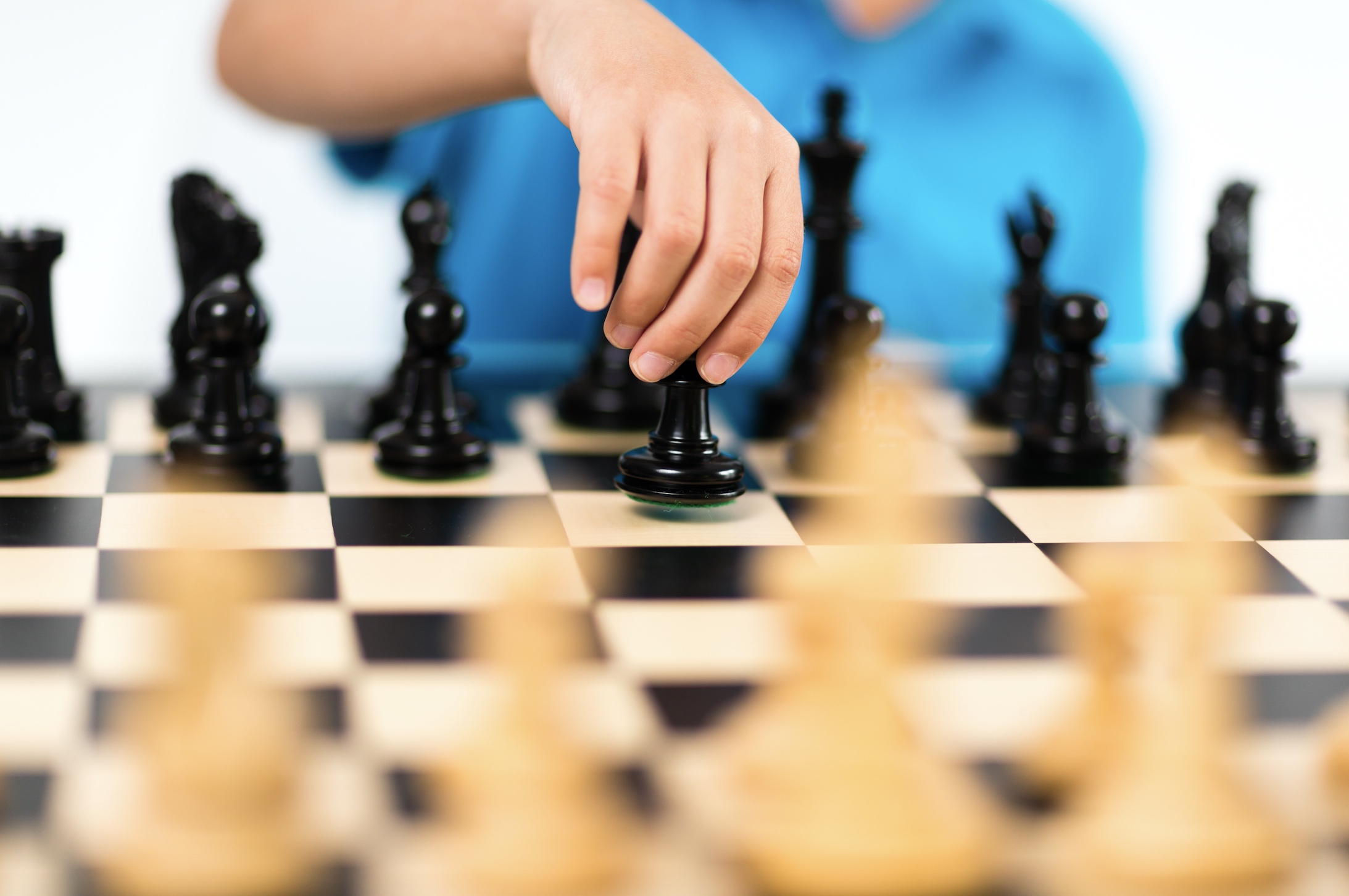 One of the best chess players of all time was the son of a German chazzan, a man called Emmanuel Lasker (1868-1941).

He was world chess champion from 1894-1921, and was a genius whose innovative moves are studied to this day.

Lasker was a good friend of Albert Einstein, and whenever they met they would play a game or two of chess.  On one occasion, Lasker played chess with Einstein, and afterwards, everyone wanted to know whether or not the world’s greatest scientist was also a good chess player.

Lasker smiled. “He’s good, but when it comes to chess, he’s no Einstein!”

I have never been a particularly good chess player, although the association between rabbis and chess goes back a long way. The medieval bible commentator Ibn Ezra wrote a poem about chess in the twelfth century, and the fifteenth century Italian rabbi, Yehuda Arye di Modena (1571-1648), wrote a book about chess called “Ma’adanei Melek”.

Chess offers us an interesting insight into Yamim Noraim, and in particular Kol Nidrei. Let me explain.

Kol Nidrei is without question both the best known and the most controversial of all Jewish prayers. Its haunting melody was made universally famous by Al Jolson and later by Neil Diamond in The Jazz Singer, while at the same time antisemites hold it up as the perfect example of Jewish duplicity.

Recited at the most auspicious service of the year, on Yom Kippur night, Kol Nidrei doesn’t speak about God and angels, or about repentance and forgiveness, nor about the beauty of faith – it is essentially a legal declaration:

The tune may be sublime, but the words are utterly prosaic and mundane. I guess it’s lucky nobody understands Kol Nidrei, or if we do, that we think Aramaic is a language of dramatic liturgy. I mean, how much would that tune move us if we were to chant Kol Nidrei in English?

How does it even make sense that we begin Yom Kippur with a prayer about nullifying promises? A request that over the coming year, no less than seven different kinds of vows should not count and should be canceled? What a strange way to start the holiest day of the year! Couldn’t we have found something more fitting for this special moment? And are the antisemites right? Are the vows we commit ourselves to invalidated even before we make them? Is that really who we are as devout Jews?

Which brings me back to chess. I heard this story from a friend of mine a few years ago. At the time he worked at a synagogue in New York as a youth director, and several times a month they had a teen chess club. Over one summer the synagogue managed to secure the services of a chess grandmaster, Dmitri, who instructed the kids how to play chess. My friend was very excited to play chess with Dmitri, and he played against him numerous times during the course of the Summer.

The thing is, he had thought he was a pretty good chess player, but Dmitri demolished him time and again. He tried to help my friend as the games unfolded, while they were playing, and my friend said he did improve as the summer progressed – but he still could not win against Dmitri. He just could not beat the guy.

It was the end of the summer, the last game, and after a few moves Dmitri asked my friend, “It looks like you are trying to capture my queen – why are you doing this?” So he replied, “simple — the queen is the most powerful piece on the board; if I can capture it, I will have a better chance of winning.”

Dmitri smiled – looked down at the Queen, and back up at my friend. Without saying a word, he reached over, took the queen from the board, and handed it to my friend.

“And while we are pausing, are there any other impediments on the board that are preventing you from winning this game?” he asked.

My friend thought for a moment, and then pointed to the two rooks. Dmitri removed these two critical pieces and handed them to him without a word.

“Are there any more impediments?” he asked again, “or are we done?”

By this time, my friend was confident that he could demolish Dmitri, now that he had lost his three most powerful pieces. So he just shook his head: “no, I’m good.”

And with the remaining pieces – no rooks, and no queen – he proceeded to destroy my friend in ten easy moves.

As we enter Yom Kippur, we are probably asking ourselves, “what are our impediments?” Last year, I promised I would be a different person by the time I got to this Yom Kippur, but it feels like Groundhog Day. Here I am, again! Same time, same place! Why do I feel just the same as last year? What has held me back from reaching my goals? What has held me back from hitting my targets?

For example, I set a goal to study more Torah, on my own and with others, but it didn’t happen. I set a goal to spend more time with my family, to pray with more devotion, to be involved with more charities, to lobby more for Israel — and the list goes on and on.

So what happened? We all have a list of goals each year, and we all struggle to make meaningful changes that are noticeable, that we can point to. Each Yom Kippur we want to reflect on the past year… and think about how much have we grown? What’s holding us back from achieving greatness?

Do you know what the great irony is? It is exactly these goals and resolutions that hold us back. They become the excuse for us not growing. They are the queens and the rooks and the knights and the pawns. When what we need is the king. We need to be going for the king.

Do you know why we begin Yom Kippur, the holiest day of the year, with Kol Nidrei? It’s not about vows and oaths we make to others. That is nonsense the antisemites made up. Kol Nidrei is about vows we make to ourselves. We are going to get rid of this queen, and that rook – and then everything is going to be ok. We make promises, oaths, vows – every one of them an impediment to our growth. Adding layer upon layer of obligation, trapping us in a prison of our own creation. After all, if I say I’ll be somewhere at 8 o’clock, it prevents me from doing anything else at 8 o’clock.

And it’s not that we make ACTUAL oaths – an oath isn’t just something that I say I will do, or that I won’t do. My routines and my commitments are my vows. Perhaps the reason I don’t have as much time for Torah study is because I waste too much time on my iPhone replying to WhatsApps and checking social media.

I heard this great story – a woman is cleaning an old vase one day and a genie comes out of the vase and tells her he will grant her 3 wishes.

What’s your first wish? I want my husband to only have eyes for me. The genie says – are you kidding? Do you know your husband?

What’s your second wish? I want my husband to think I am the most important thing in his life. The genie laughs. Really? Your husband? Come on! get real!

What’s your third wish? I want my husband to wake up every morning and give me 45 minutes of his undivided attention. The genie laughs again. I know I’m a genie, but you are setting your sights far too high.

Suddenly the genie gets serious. Actually, I think I can help you with all 3 wishes. And he turns her into an iPhone.

Technology is our oaths and vows. We have so many “important” distractions that hold us back from doing what need to do, and being what we need to be. But our goal in the chess game of life is to capture the king, not to focus on the queen and the rooks. Our goal is to come closer to God. Our goal is to be better people all around. To do more Mitzvot, to be holy, to be kinder to others, more tolerant with others, tougher on ourselves – not just in specific settings and situations, but in every situation and every setting.

What’s getting in the way of capturing the king? The other impediments! The oaths and the vows. So we start of Yom Kippur with the only way we can be successful. We remove the impediments so that we can reach our ultimate goal.

Let me end with this story. A group of alumni, highly established in their careers, got together to visit their old university professor. Conversation soon turned to complaints in work and life. Every one of the professor’s former students seemed to be having problems and challenges that were the bane of their lives.

The professor listened for a while and then offered them all coffee. He went to the kitchen and returned with a large pot of coffee and an assortment of cups: porcelain, plastic, glass, china, crystal – some plain looking, some expensive, some exquisite – and he told them to help themselves to the coffee.

When all his former students had a cup of coffee in their hand, the professor said: “you may have noticed that all the expensive cups have been taken, leaving behind the plain and cheap looking ones.”

“While it is normal for you to want only the best for yourselves, that is actually the source of your problems and your stress.”

“The cup itself adds nothing to the quality of the coffee. It is just more expensive, and if anything it just distracts us from the coffee itself. What all of you really wanted was coffee, not the cup! But you consciously went for the best cups, and then you began eying each other’s cups.”

Life is the coffee. Everything else in life is the cups. Cups are just the vessels to hold and contain life. The type of cup we have does not, should not, define life, nor change the quality of life we live. Sometimes, by concentrating only on the cup, we fail to enjoy the coffee.

Yom Kippur is all about savoring the coffee. On Kol Nidrei we get rid of the cup, so that for the rest of Yom Kippur we can focus on the coffee.