IT’S ALL OR NOTHING 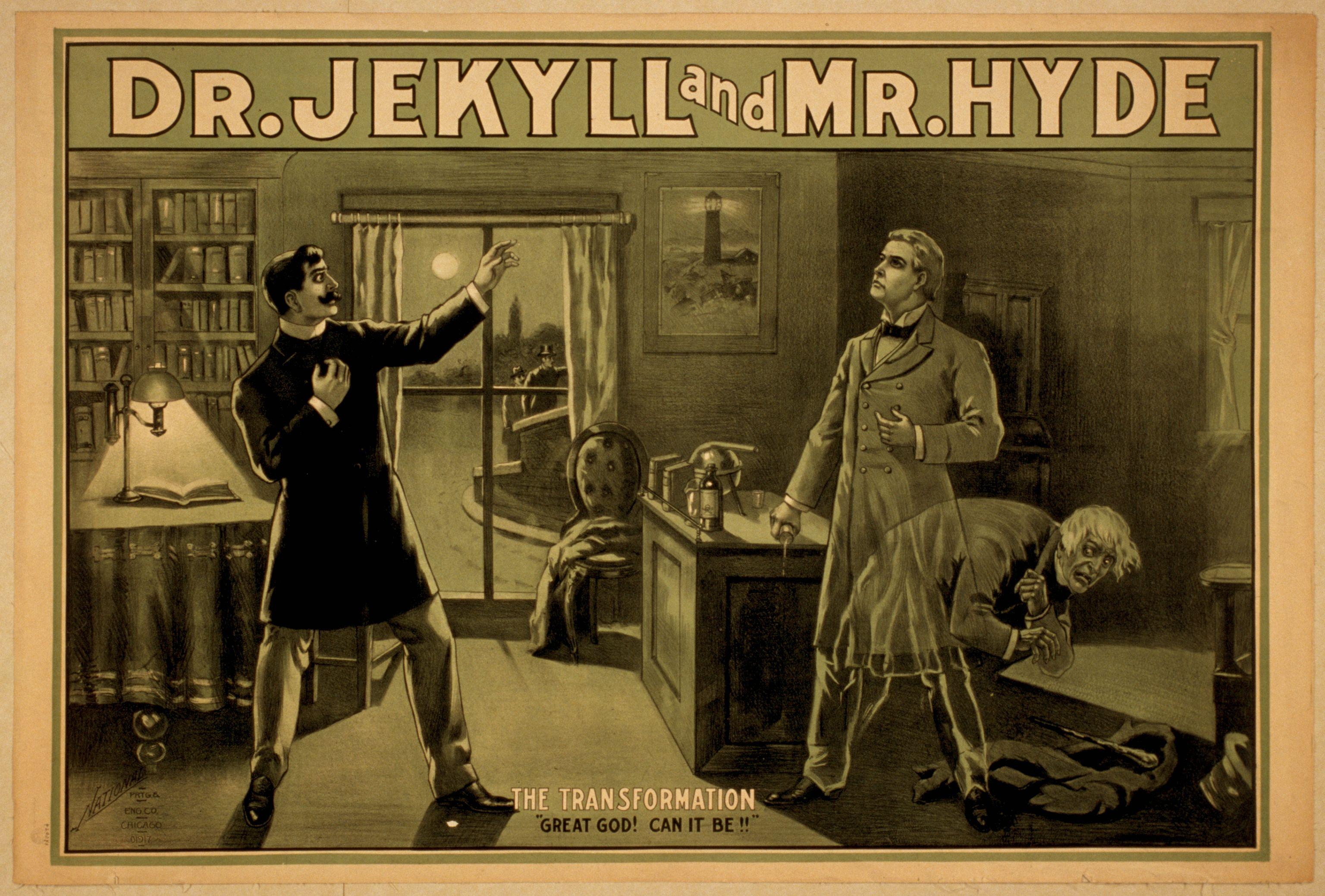 You have no doubt heard of the psychiatric condition known as multiple personality disorder.

In 1994 this condition was renamed ‘dissociative identity disorder’, or DID, to better reflect its most dominant symptom, namely the fragmentation of identity rather than a proliferation of different personas, a rather more common phenomenon that I shall return to in a moment.

For most of us, what we know of DID is neither medical nor even anecdotal; it is far more likely that we have been exposed to this dreadful disease via popular literature or in movies.

The most famous literary example of DID is the 1886 novella by Robert Louis Stevenson, ‘The Strange Case of Dr Jekyll and Mr Hyde’, in which the avuncular protagonist, Henry Jekyll, transforms into the violent antihero, Mr Edward Hyde, a metamorphosis Jekyll tries to control by taking a serum that turns him back into a benign medical doctor.

This fictional story had such a powerful effect on popular culture, that ever since it was published in the late nineteenth century, the ‘Jekyll and Hyde’ epithet has been applied to people who appear to suffer from DID.

Generally speaking, however, only psychiatrists ever get to see and treat this disorder, as it is relatively rare. In any event, the whole idea that someone might have mutually exclusive parallel personalities, although we might accept that such a thing exists, seems to be beyond the bounds of normative life.

And yet, we are all quite familiar with what I referred to earlier as a “proliferation of different personas”. After all, do we behave the same way at work as we do at home? Are we not quite different when we hang out with childhood friends than when we are with our children or grandchildren?

The answer, of course, is no. Surely, then, we all suffer from a mild version of DID?

Actually, that is not the case at all. Modern psychology understands that it is perfectly normal for people to alter their personas so that they can adapt to different environments.

Someone who is gregarious and loud will not behave that way if they work in a bank or a doctor’s office. Everyone realizes that professional norms require an extrovert to modify their behavior in those environments.

And yet, someone who knows such a person from a different setting and comes across them at work might think that they are displaying signs of a parallel personality. However, that is not the case at all – what they are seeing is a different side of the same person, a side that suits that particular environment.

While at home or with friends there is no risk of being fired if they are loud and over-the-top, and so they feel free to let themselves go. But at such a persona might endanger their livelihood, so they naturally tone down that aspect of who they are.

Another factor which might affect behavior is and surroundings. We all tend to mimic the behavior of those we spend time with. Someone who finds themselves in a very formal environment will automatically modify their behavior to adapt to that formality, while at the other end of the if you find yourself in an informal setting, even if you are generally a very formal person, you will find yourself adjusting to the casual atmosphere.

In the final analysis, all of us are a pastiche of any number of personas. The difference between this and DID is that these multiple personas all overlap and are not mutually exclusive, even though we are essentially a compilation of characters, and even those closest to us may not know us in all of our various guises.

I believe this phenomenon helps explain an anomaly at the beginning of Nitzavim. Moses begins his address by telling the nation (Deut. 29:9): אַתֶּם נִצָבִים הַיּוֹם כֻּלְכֶם לִפְנֵי ה’ אֱלֹקֵיכֶם – “You stand this day, all of you, before God your God.”

The verses that follow enumerate all the various socio-economic strata of people that were present, and concludes with the words “ ish Yisrael” – “every Israelite person”, a phrase that self-evidently includes every person who was there.

That being the case, why does Moses need to say “all of you”? The repetition clearly reveals that this opening phrase does not actually mean all of the people in the sense of every person in the group. Rather, “” must be a reference to each individual and takes into account every aspect of who they are.

Rather than having a particular when it comes to God and Judaism, a persona that is markedly different to a persona we may have in other aspects of our lives, we are expected to bring every part of ourselves to the table when we come before God.

One of the great challenges of Rosh Hashana and Yom Kippur is that we might end up behaving in a way that is simply a reflection of the environment that we find ourselves in on those days, while in “real life” we are totally different people.

But instead of doing this, we must treat the Days of Awe as an opportunity to bear our souls, “warts and all”, before God, and not to present a particular version of ourselves in the mistaken view that this is the version that God wants to see.

Moses was conveying an important message, without mincing his words. When we stand before God, we must be ““, presenting every single one of the varied personas we may project in all the various environments we find ourselves in as we go through life.

When we stand before Him, and as He considers our actions over the past year and makes decisions for us for the year ahead, it has to be on the basis of every facet of our personality and every aspect of who we are.

Image: 1880s poster for a theatrical adaptation of Strange Case of Jekyll and Hyde (Wikimedia)