INTOLERANCE AND PREJUDICE LEADS TO MURDER 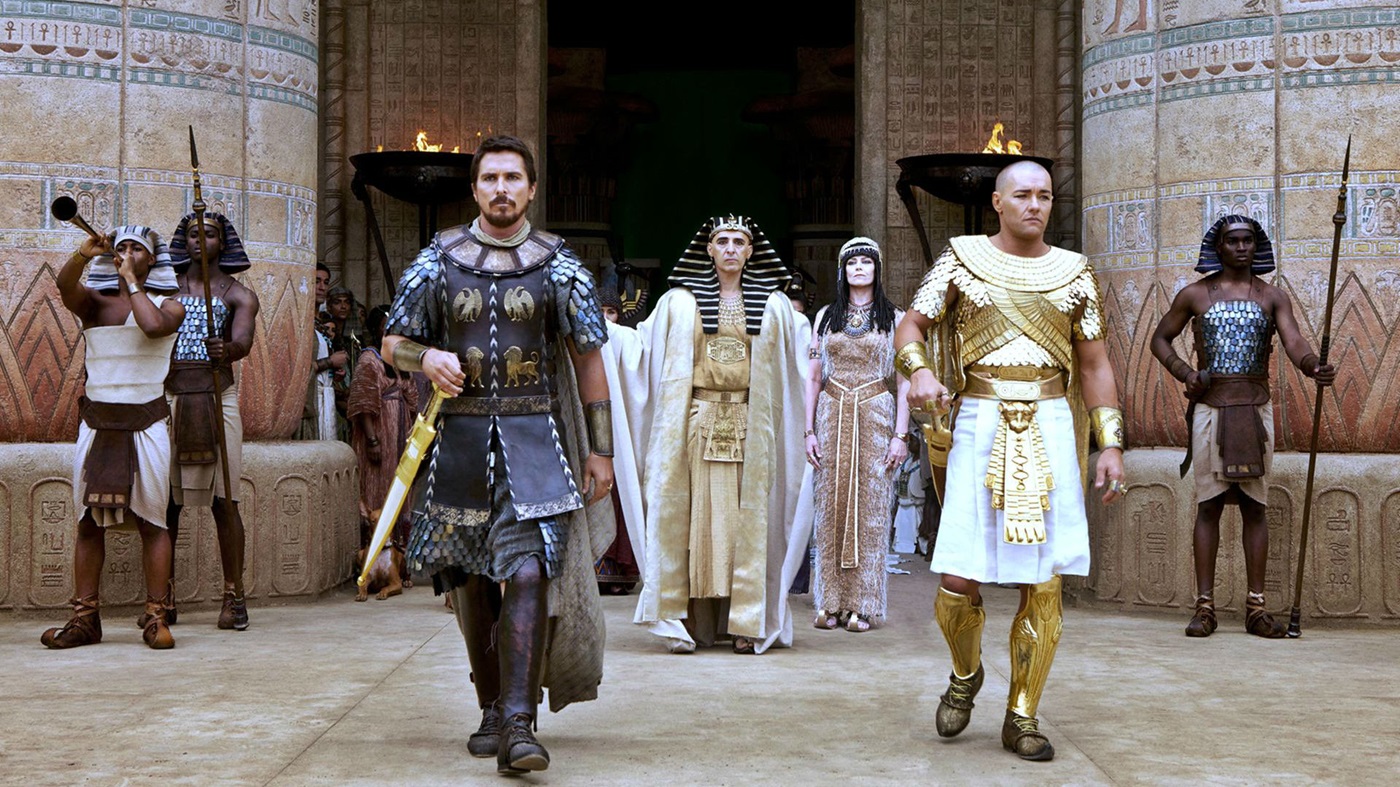 Earlier this week, the Egyptian Minister of Culture, Gaber Asfor, announced that Egypt was banning the new hit movie ‘Exodus: Gods and Kings’, which depicts in true Hollywood style the enslavement of the Hebrews in ancient Egypt, and their subsequent miraculous exodus.

Directed by Ridley Scott, with the character of Moses acted by the jarringly named Christian Bale, it was released about a month ago in the United States, but took its time to make it across to the Middle East.

Morocco had already banned it when Egypt announced its decision. The irony of modern Egypt banning a film about the defeat of ancient Egypt hardly needs to be brought to your attention. The irony of a Muslim country banning a film that describes a story that appears frequently in the Quran does, however, need to be highlighted. That’s because Exodus was banned because it is ‘a Zionist film’ that ‘gives a Zionist view of history and contains historical inaccuracies.’

I would certainly agree that the film contains historical inaccuracies. Those who have seen it inform me that it does not reflect the narrative recorded in the first few portions of Shemot, nor the various associated Midrashic accounts.

My good friend, Rabbi Benjamin Blech, in his excellent review of the movie last week, wrote that: ‘the film deserves to [be] prefaced with a bold warning: Any resemblance between this and the book suggested by its title is purely accidental – and improper.’

Although, of course, neither the Torah nor the Midrash were written as history books, nor are they meant to convey historical information for history’s sake.

But I digress. Let me get back to the ban. Actually, let me digress again. What exactly was the minister going on about when he called Exodus a Zionist movie? I mean — huh?! The inclusion of the word ‘Zionist’ in his critique of the film is utterly incredible. How vulgar can you get?

Once again it is the ‘Jews’ and the ‘Zionists’ who control Hollywood! Yup, that makes perfect sense. Both Ridley Scott, son of an Anglican British army colonel and his Anglican wife, and Christian Bale, also an English Christian, and whose name says everything you need to know about him, are Jews and Zionists evilly plotting against the Muslims.

Astonishingly, the press regurgitated the minister’s announcement without comment, as if it all did make perfect sense. Hollywood portraying Moses as a Jew who led the Jews out of Egypt is, it would seem, widely accepted as a plausible Zionist conspiracy. Even the Torah victimizes Muslims, apparently, although it predated Islam by thousands of years — but that’s a mere detail.

Ok, now lets get back to the ban, and look at it in the context of what happened later this week. On Wednesday, three Muslims shot their way into the offices of the Charlie Hebdo satirical magazine in Paris, and proceeded to murder twelve people in cold blood.

Screaming ‘Allahu Akhbar’, they proclaimed – so the survivors have said – that they were avenging the honor of the prophet Mohammed, who had been depicted naked in a cartoon in the previous week’s edition.

Charlie Hebdo has run into trouble before for ridiculing Mohammed and Islam, and definitely believes in pushing the boundaries of free speech. But what kind of person uses tasteless satire as an excuse for murder? The answer is clear. He’s a psychopath. I think we can all agree on that. Even Muslims. Well, actually, not quite.

The press was very quick to find numerous Muslims ready to condemn the killing spree. But there was a notable omission in every condemnation I saw. Not one Muslim went on the record to say that Charlie Hebdo, for all its vulgarity and iconoclastic content, must be allowed the right to publish its crude cartoons and satirical critiques of every creed and ideology — because that is an integral part of the same freedom that allows them to practice their faith unhindered, and allows them to live their lives in comfort and liberty.

And what starts out with intolerance and inflexibility, inevitably ends up in murder. We know that from this week’s Torah portion.

Pharaoh called in his advisors and had the following to say about our ancestors (Ex. 1:10):

Like every repressive despot, the Egyptian tyrant was concerned that the superior values and monotheistic culture of the ancient Hebrews would ultimately overwhelm the cult of Pharaoh. So he proposed that the Hebrews be enslaved and subjugated.

But instead of solving the problem, the problem only got worse. The Hebrews multiplied exponentially, and their influence became stronger. So Pharaoh resorted to infanticide (Ex. 1:22):

Wake up and smell the coffee, people. The picture is as clear as daylight.

But, fear not. Although retrograde Islam will fight tooth-and-nail against the superior culture of the west, a culture that is based on openness and tolerance for even those people you disagree with, and even though Islamist thugs will murder and maim to preserve their medieval culture, in the end it is always right, not might, that is victorious.

In the end, the Jews left Egypt and went to the Promised Land. In the end, brutish Islam will go the way of Pharaoh, and become a relic of history.