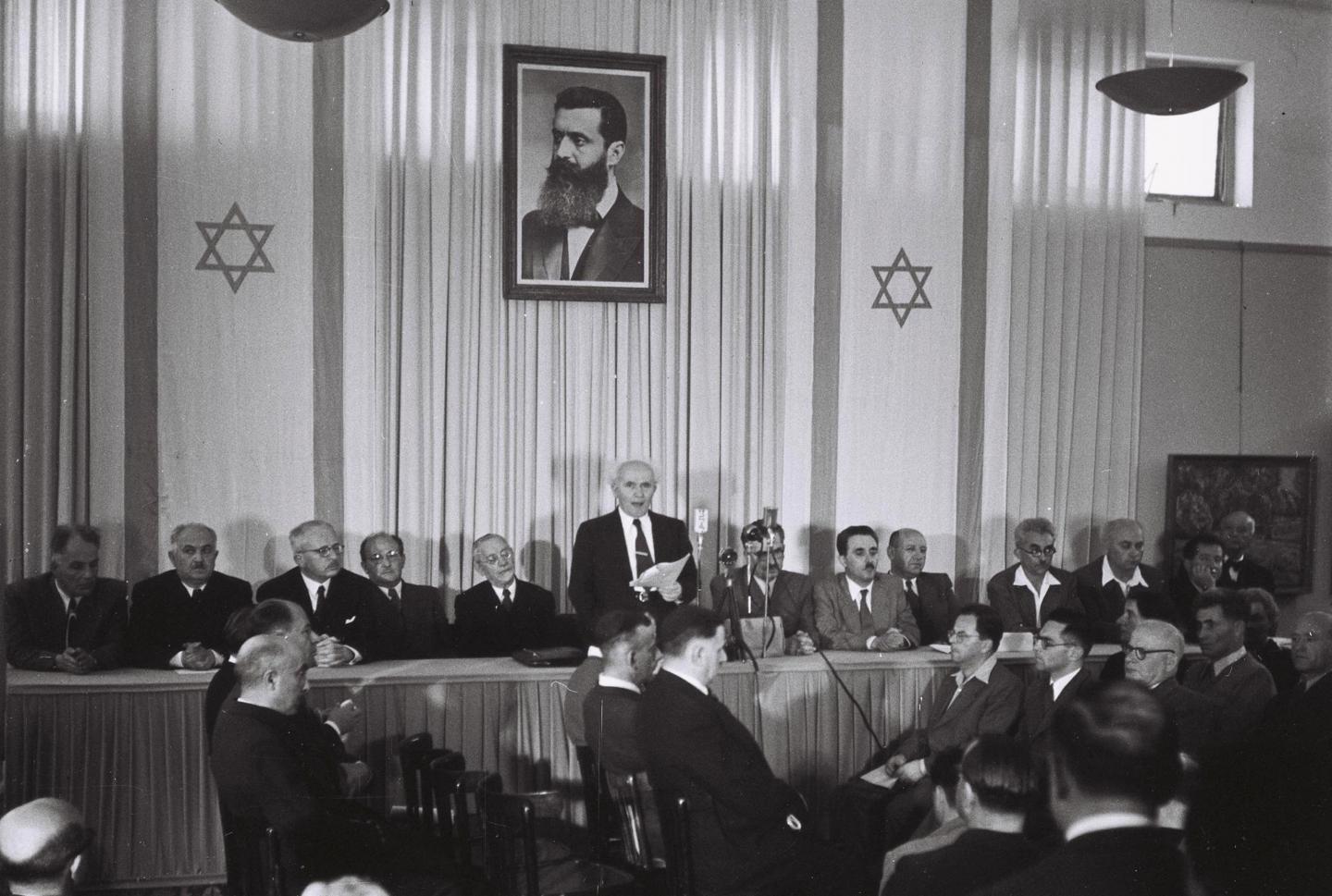 It was Friday afternoon, May 14, 1948, when David Ben Gurion, leader of the Jewish Agency and veteran Zionist activist, declared the independence of a new Jewish State, called ‘Medinat Yisrael’.

Jews in the new state, and around the world, weary from the recent devastating destruction of the Holocaust, and many years of Arab terrorism and aggression against Jews in Palestine, could hardly believe their good fortune – finally, after 2,000 years, a broken people was finally in possession of its national homeland. Jews were finally free to practice their faith unhindered, and without restrictions.

Incredibly, after so many turbulent years, Israel is a thriving, vibrant country, full of color and texture – the center of Jewish life in all its many forms.

That wasn’t the case even in 1948. At that time there were still many more Jews living outside of Israel than in the nascent state itself. The country was an economic disaster, ravaged by war and heavily under industrialized. Slowly but surely, decade by difficult decade, Israel has evolved into the go-to place for every kind of Jew, and into an economic success story that is marveled and admired by the entire world.

Of course none of this happened in a vacuum. In 1898, Theodore Herzl wrote in his seminal pamphlet, ‘The Jewish State’: “The Jews who will it, shall achieve their State. For them it is no dream.”

This short quote summarized his entire approach to the Zionist endeavor that he was proposing. The underlying theme was simple. While every Jew in Herzl’s day who was active in the service of the Jewish community agreed that their brethren were disadvantaged wherever they lived, nothing could change, argued Herzl, unless all of them realized that they needed to pull together in order to get themselves out of the terrible situation they were in.

Without this collective ‘will’, the entire enterprise was doomed to fail. And most importantly, it would not just be the creation of the state that would require this ‘will’, its enduring success would also require a sustained resolve. Anything less than that would ultimately flop.

“It depends on the Jews themselves whether this political document remains for the present a political romance. If this generation is too dull to understand it rightly, a future, finer, more advanced generation will arise to comprehend it. The Jews who will try it, shall achieve their State; and they will deserve it.”

This idea is not, as many of his detractors claimed, a secular ideal. Although presented in the political language of the day, Herzl’s idea was deeply rooted in Judaism. In the Torah portion of Emor we are told (Lev. 22:29):

The commentators are puzzled. Why are we not commanded to bring a thanks offering? Why is the choice left to us? Why must it be as a result of our ‘own will’?

The powerful lesson is that saying thank you, and bringing a gift that reflects your gratitude, cannot be mandated – it must be something that comes from within, a true reflection of ‘your own will.’

A ‘thank you’ offering that does not reflect one’s will simply cannot work. It is an exercise in futility, and the Torah is essentially telling us not to bother.

If the State of Israel was going to come into being, wrote Herzl, and crucially, if it was going to succeed, it would have to be a reflection of the collective will of the Jewish people, otherwise it would be an exercise in futility.

The incredible generation who brought Israel into being was indeed made up of men and women of great resolve. Their achievement cannot be overstated.

But the achievement of our own generation, that continues to demonstrate the will and the resolve to ensure that Israel remains a success story, is no less remarkable. You and me, and every Jew who involves himself in the success of our state, is part of that success, and we are living proof of this Torah ideal.

Our own will is the real force that ensures the survival of the State of Israel on a daily basis.

Photo: David Ben Gurion announces the creation of the State of Israel, on May 14, 1948. A portrait of Theodor Herzl hangs above his head.