I CAN’T ASSOCIATE WITH EXTREMISTS 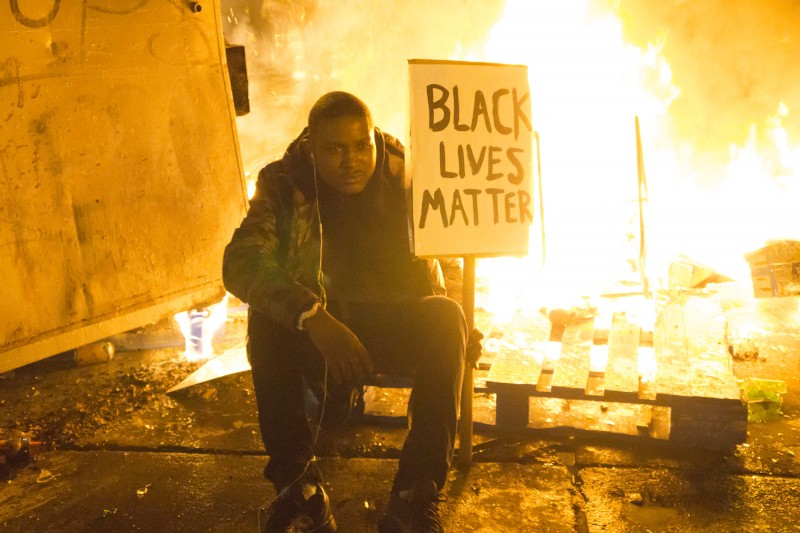 It’s hard for me to get behind Black Lives Matter. No, not my words, but the words of Barbara Reynolds, an African American activist and leader who was active in the civil rights movement in the 1960s. “What we have seen come out of Black Lives Matter is rage and anger,” she said, “justifiable emotions, but questionable strategy.”

And last week, Walt Blackman, an African American state representative in Arizona, called Black Lives Matter a “terrorist organization”. He was criticized and condemned but has not withdrawn his remarks, nor has he apologized.

Last Friday, a petition was circulated among the Jewish community in Los Angeles, issued by a student organization at UCLA calling itself “Justice for Black Lives”.

A quick search on the internet reveals that this organization is synonymous or closely associated with Black Lives Matter, whatever that may mean.

The main focus of the petition was to “demand an end to all university contracts with police on our campuses, the abolition of their departments, and the redistribution of their resources to provide for community members in need.”

The fact that such anarchic goals have bled their way into the mainstream is in-and-of-itself extremely worrying, but far more worrying was the following shocking assertion, prominently included in the petition: “We also call on the UC to divest from companies that profit off of Israel’s illegal military occupation of Palestine, investments that uphold a system of anti-Black racism in the US. We know the Minneapolis police were also trained by Israeli counter-terrorism officers. The knee-to-neck chokehold that Chauvin used to murder George Floyd has been used and perfected to torture Palestinians by Israeli occupation forces through 72 years of ethnic cleansing and dispossession.”

What? Are you actually kidding me? Are they actually suggesting that George Floyd’s killing was the fault of Jews and Israel? Is this some kind of Orwellian alternative universe? How is it possible for ordinary, concerned, humane citizens of the United States to support efforts to improve aspects of societal racism if it means we need to to associate with this kind of insidious provocation?

Sadly, what this means is that people shocked by the Floyd killing will not support what should be broad efforts to address the issues the killing raised. Because if supporting BLM means collective suicide, you can count me out.

The problem is that Black Lives Matter (BLM) is not really an organization as such. Rather it is an amorphous movement, essentially a collection of likeminded people who individually wish to highlight systemic racism towards African Americans in the United States.

But as is the case with all such movements, it is the fellow travelers that you need to look out for. A number of organizations that have closely aligned themselves with BLM are at the radical end of the spectrum – anarchists and extremists whose agenda is anything but constructive.

I don’t think anyone in America would deny the existence or even the prevalence of racism within society-at-large. However, although racism is certainly a scourge, we need to realize that it is also a perennial, if regrettable, factor of human nature.

People hate other people – or despise them, or disparage them, or discriminate against them – all of which, if it remains unchecked, inevitably leads to dehumanization and abuse. And while we can’t force or legislate people not to hate, we can certainly do our best to protect the people who are hated from the ill effects of hatred. As Jews we know all about this, because Jews have been at the wrong end of prejudice and discrimination for thousands of years.

And before you get on your high horse, and condemn my sweeping observation, please take a long and penetrating look at the world around you. Surely you will admit that even the most refined people have prejudices, and that they will often allow their prejudices to cloud their behavior towards others.

As Jews we are expected to see all humans in the image of God – but honestly, it is easier said than done. Nevertheless, we must aspire towards this ideal. And we must also try to educate others to do the same, or at the very least try to ensure that those who are most vulnerable to the human proclivity for prejudice are safe from its evil excesses.

But as colorblind as we are, and as much as we would like to turn our individual aspirational feelings into a broad movement, we cannot fall into the trap of brushing aside intolerable views in a headlong rush into what can only be defined as willful self-destruction.

This week, in my class on the Torah portion, I addressed the tension between the responsibilities of leadership and the corruption of power. In many instances, the fault line is one of association. Legitimate actions or grievances inevitably become tainted when one climbs into bed with troublemakers and agitators.

In Behaalotecha, the Levites were appointed as the ritual and spiritual leaders of Jewish life, with one particular group, the family of Aaron, appointed to the priesthood. Soon afterward this resulted in a rebellion by Korach and his associates, who were annoyed by the concentration of power in the hands of Korach’s cousins, Moses and Aaron.

But while such grievances might have been legitimate, Korach’s revolution was tarnished by his association with Dathan and Abiram, two quarrelsome brothers from the tribe of Reuben with a history of seditious behavior. As Rashi puts it, quoting the Midrash: “woe to the wicked and woe to their associates.”

After the disastrous Treaty of Versailles of 1919, a top-down diplomatic initiative that imposed borders and solutions on countries that were on the losing side at the end of the First World War, Germany’s citizens were somewhat justified in feeling that they had been railroaded into accepting draconian consequences for the sins of the Kaiser and his minions.

But this legitimate grievance was cunningly exploited by bitter extremists and manipulative fanatics, and by 1933 Germany was in the grip of a Nazi regime intent on a campaign of wanton destruction. The mayhem that resulted from this sleepwalk into extremism still reverberates to this day; indeed, it is a warning from history.

Whatever the truth may be about Black Lives Matter or Antifa as organizations, or indeed their shady corporate backers, we must ensure that we are extremely careful not to be sucked into supporting lawless extremism, by falling into lockstep with destructive revolutionaries and reactionaries as a result of a sentimental zeitgeist that fails to take into account the long-term effects of the agenda of those currently taking advantage of the chaos caused by the dreadful killing of George Floyd.