HOW WE GOT THERE BEFORE SCIENCE 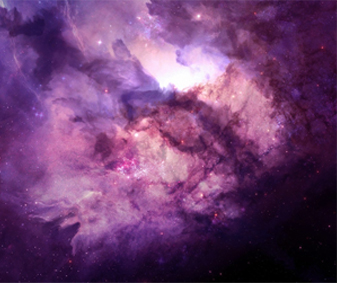 I’m not sure if you caught the latest news from the scientific community.

In as much as science stories ever create a stir, this news story created a huge stir. The authors of an article in the latest issue of Science used evidence gathered with the aid of the Hubble telescope to demonstrate that at the very beginning of our universe’s history extreme-ultraviolet light that can ionize hydrogen gas, turning it from an opaque fog into a medium through which light can travel, was not prevented from leaving galaxies by impenetrable cosmic dust, as had previously been thought.

It turns out, as was discovered by this team of astronomers and scientists from Johns Hopkins, that about 21 percent of the extreme-ultraviolet light produced in the core of a particular galaxy, escapes the galaxy “wall” and makes it into the cosmos.

You may be thinking ‘who cares?’ and I don’t blame you. Frankly, it sounds like gobbledygook, and it sounds like the kind of dreadful gobbledygook that tended to turn us all off advanced physics when we were at school. But it is, in fact, very important, and its timely appearance just before we formally read the narrative describing creation at the beginning of Bereishit is noteworthy. That is because the article in Science, which describes in horrendously arcane language the discovery of ‘leaky’ galaxies, confirms something the Torah states in simple language in a text that predates the Johns Hopkins study by three and a half thousand years.

The first piece of information we read about the universe in the Torah is that it was תֹהוּ וָבֹהוּ וְחֹשֶׁך עַל פְּנֵי תְהוֹם  ‘unformed and void, and [there was] darkness upon the deep’.

In essence the Torah is telling us that immediately after creation there was no light, nor was it possible for light to exist. And then, suddenly, as if by magic, light came into being.

I would wager that unless you actually know, you probably think that the Big Bang theory that underpins science’s understanding of the origins of the universe has been around for centuries. Well if you do think that, you’re wrong. It was as recently as 1927 that the Big Bang idea was proposed by Georges Lemaitre, a Belgian catholic priest who moonlighted as a scientist.

Before 1927 the scientific community had worked on the assumption that the universe had always existed, and would always continue to exist. Lemaitre’s proposal, namely that the origins of the universe could be traced to a particular point in time, not only did away with the idea of an everlasting universe, but it also gave life to the very fist word of the Torah: בְּרֵאשִׁית – ‘at the beginning’.

Suddenly science was at one with the Torah (some might say ‘had caught up with’ the Torah), and agreed that there had indeed been a beginning, and that the universe – in all its hugeness and vastness – was something that had emerged from nothing.

Now, in the year 2014, science has caught up again. Apparently, not only did the universe emerge out of nothing, it also did not immediately contain all the physical elements with which we are so familiar. Such as light.

According to the Johns Hopkins study, the emergence of light into the universe took something like 400 million years to occur. Only through the process that has now been described – 87 years after the Big Bang theory was first proposed – do we understand how ionizing radiation made it into intergalactic space, giving life to the phrase in Bereishit: יְהִי אוֹר וַיְהִי-אוֹר – ‘let there be light, and then there was light’.

The creation narrative is frequently attacked by atheists and scientists alike. The language is simple vernacular, they argue, not at all scientific or detailed. The sequence of events described by the Torah seems improbable, at least in the way one understands it on the basis of a basic translation.

And yet, time after time science has come to conclusions that are identical with the creation as described in Bereishit. Of course the creation narrative, which is just thirty-one verses long, has to be seen as a shorthand text that describes, for theological and not scientific reasons, complex processes about which science has produced so many millions of spoken, written and published words over many thousands of years.

The bottom line is this: the Torah is not a science book. You may be surprised to hear me say that it is not even a law book. That is because when it describes civil or ritual law the language, too, is obscure and opaque. We all understand that fact and accept it. We understand that the Torah is our source book, written in a format that requires our devoted belief, and our penetrating research, aided by rabbinic commentaries that enable us to unlock its secrets, and further assisted by scientific discovery, that demonstrates to us that this ancient text is not just a text of the past, but a text of the present and the future.

So, as we once again begin a new cycle of Torah reading, we should welcome the news from the scientific community reaffirming that the Torah is a fount of truth, and a text that will continue to surprise us in each and every generation.